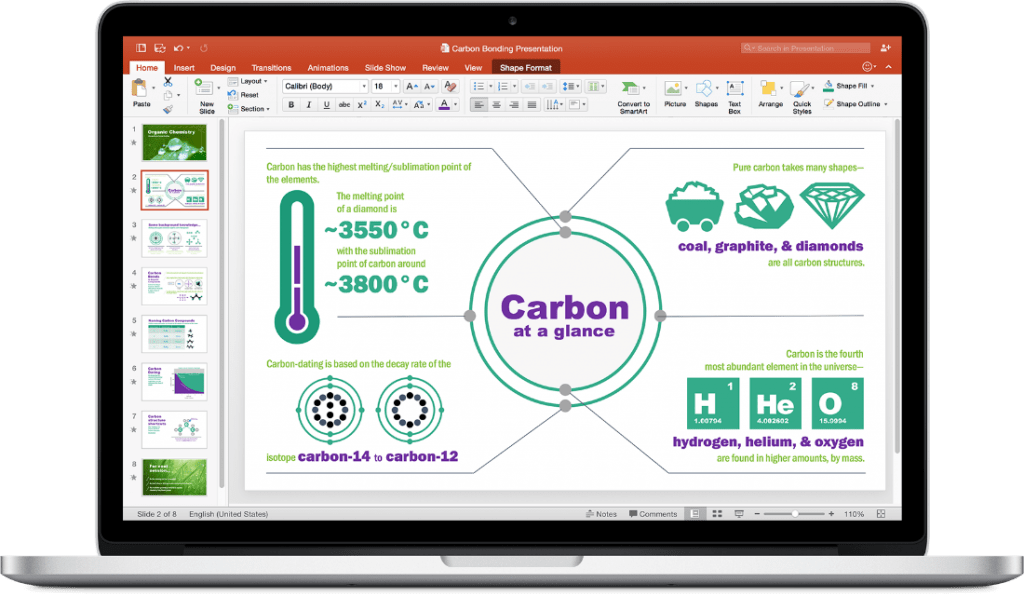 Microsoft today announced a major update for Office 2016 for Mac. The update brings the app to version 16 and includes new features for Microsoft’s entire suite of applications…

Most notably, Microsoft Word, Excel, and PowerPoint for Mac now include support for real-time editing. Users will now see a thumbnail in the upper-right corner of the apps when they’re working with someone else on a shared document:

Edit with others in real time: Thumbnails in the upper-right corner of the window show who else is working with you in a shared document. Flag icons show where others are working and you can view changes as they type.

Furthermore, Word, Excel, and PowerPoint now include automatically saving for documents stored in the cloud. In conjunction with shared files, you can also see the updates others make instantly, while you can also roll back to previous versions with version history:

Changes are saved automatically for documents, worksheets, and presentations stored in the cloud, and you can see others’ updates in seconds. Need to roll back? Check the version history for a list of changes and access to earlier versions.

Each app is also adding its own specific new features. Excel, for instance, includes a host of new charts, such as funnel, sunburst, and histogram. There’s also a new Map chart type that turns geographic data into a map with just a “few steps.”

Elsewhere, PowerPoint includes a new QuickStarter feature that helps you create an outline of your content with suggested speaking topics and more. PowerPoint also includes basic video editing tools, allowing you to trim the beginning and end of video clips.

With today’s update, Word makes it easy to access sites and groups. “Quickly find presentations stored in your frequently used sites and groups in the Open menu,” Microsoft says.

Notably, Outlook now supports Google Calendar and Contacts. There’s also more seamless archiving and deleting, allowing you to swipe across your trackpad to delete or archive a message.