HomePod set up failing with a blank white screen? Here’s the fix … 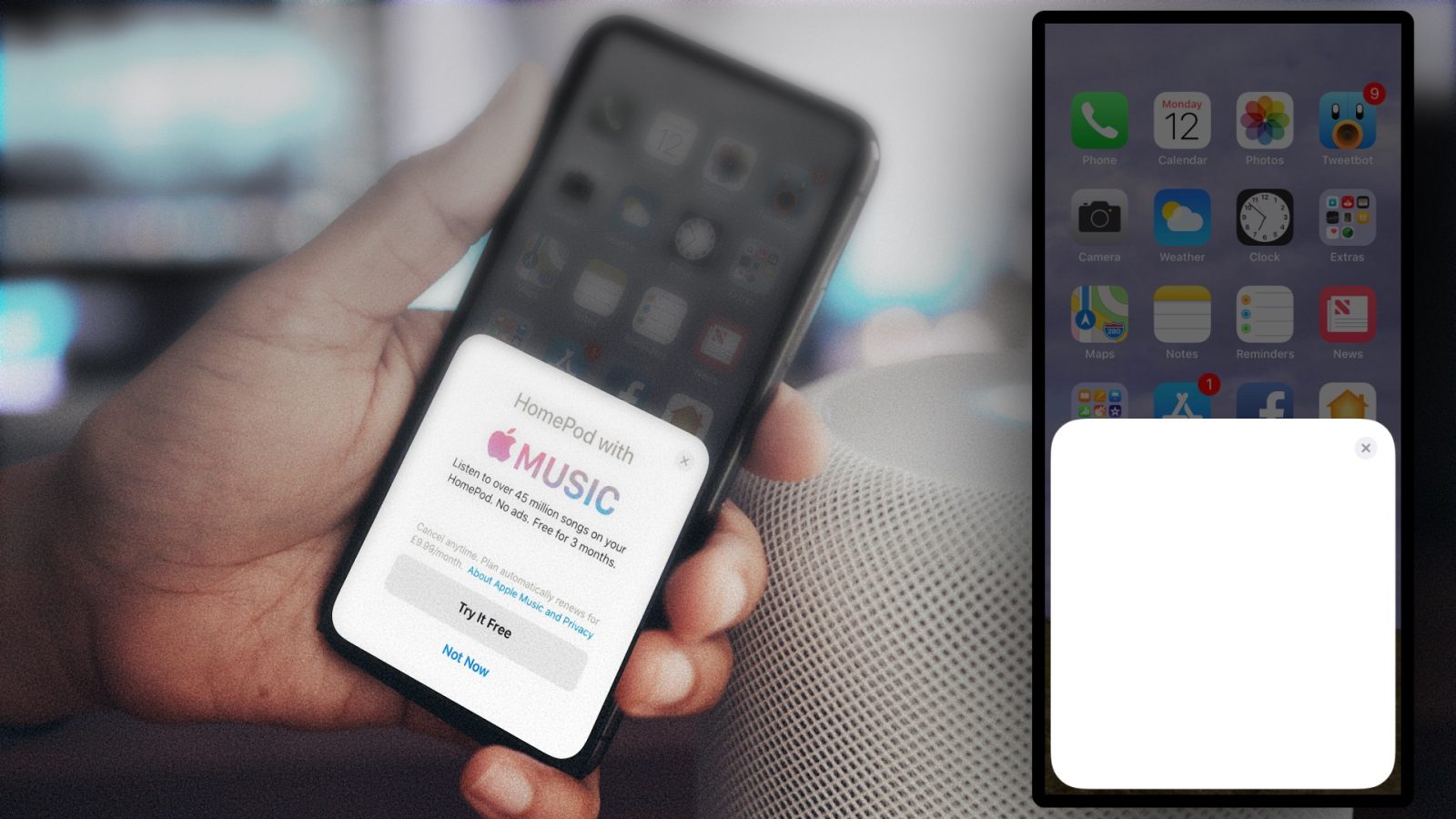 Some new HomePod owners are hitting a problem that prevents them from setting up the device. During the initial set up, one of the popup screens is simply blank with seemingly no way out but to cancel the process. It turns out there’s an amusing bug causing this, but luckily there’s a simple fix …

HomePod works best with an Apple Music subscription, but it is not required. This bug affects people who don’t use Apple Music at all, so they have deleted the system stock Music app entirely.

Basically, part of the set up process for HomePod includes a screen that advertises a three month free trial from Apple Music if the Apple ID does not have an active Apple Music subscription and hasn’t already redeemed a trial.

If the Music app has been uninstalled, something Apple has allowed you to do since iOS 10, this set up process gets stuck. It can’t load the necessary Apple Music resources so it simply shows a blank white screen in the card, shown in the following screenshot.

You can also see what it’s meant to look like.

As the UI fails to load correctly, the only option available for users is to press the close button, dismiss the card, and therefore cancel the HomePod set up. This essentially leaves the HomePod unusable in its factory reset state.

Then, start the HomePod set up process again. With the Music app installed, this upsell screen should now load correctly and you can either begin a trial, or skip it by tapping Not Now. The HomePod should now be able to complete set up successfully.

After the HomePod is working, you are safe to delete the Music app if you really don’t want to keep it around.

This is obviously a bug that Apple didn’t find before release, not accounting for the fact that system apps can now be deleted. The issue has been tested on iOS 11.2.5. In future iOS versions, we’d expect Apple to update the software to prevent a blank screen from appearing in this scenario.