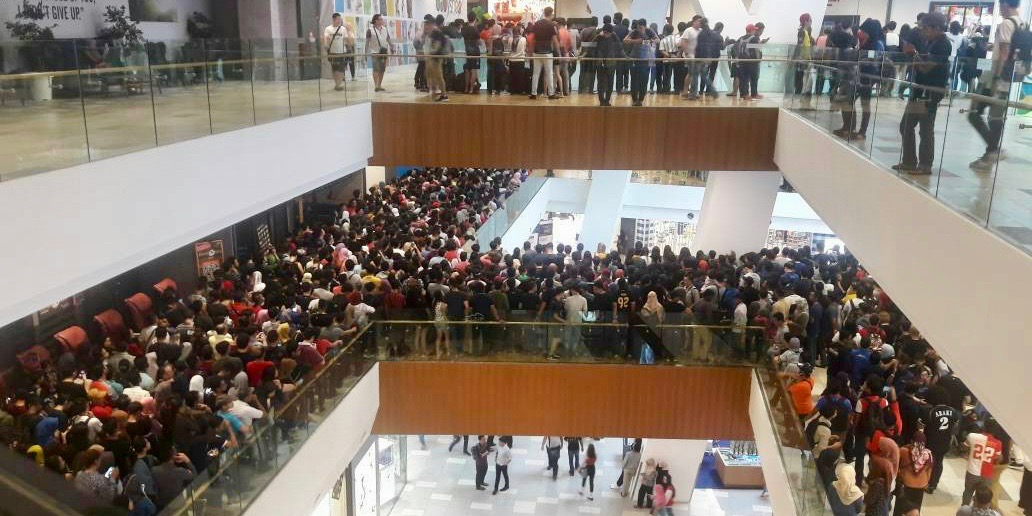 What does it take to pack a mall with 10,000+ people in the age of digital retail? $50 iPhones will certainly do the trick. That’s what happened in Malaysia over the weekend when an Apple reseller advertised fire sale prices on old inventory — and the insane influx of customers ultimately caused the retailer to call off the spring cleaning promotion.

The Verge reports that Malaysian retailer Switch advertised a special promotion to sell off mostly display inventory for near giveaway prices, but the response from customers forced the retailer to shut down the sale for security reasons.

“Due to security reason, [sic] we regret to inform you that the clearance sale will be put on hold until further notice,” Switch wrote on its Facebook page. “We are truly sorry for the Demo Clearance Event yesterday. We did not expect the magnitude. We were overwhelmed by the 11,000 [that] turned up,” it added in a separate post.

While that five digit count might be a bit inflated, you can see why people were queueing up for discounted Apple products: iPhone 5s models were being sold for $50, MacBook Airs for $128, and old iMacs for $255.

Adding to the chaos was extremely limited inventory of those cheap Apple products. Switch only had a handful of those $50 iPhones to offer and only 200 products in total. There probably wasn’t any real need to advertise such a sale in the first place, and a quiet online sale could be easier to manage in the future.

At any rate, the flash promotion serves as a free idea for how to pack retailers with people — or invoke total chaos in a public space. We recommend sticking to 9to5Toys for more civil deals on modern Apple products without the anxiety of Black Friday.