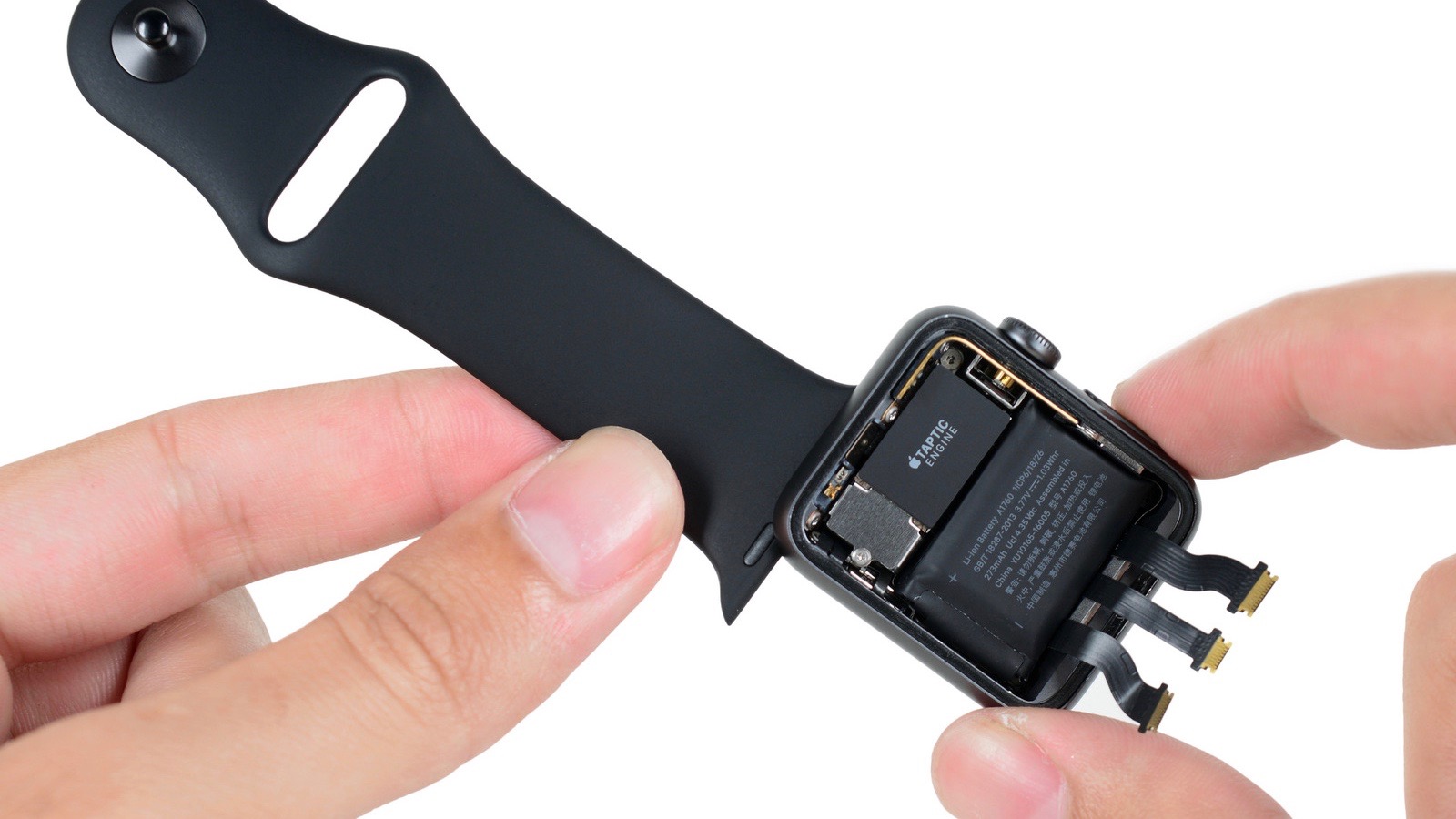 Apple Stores and Authorized Service Providers are now servicing Apple Watch Series 2 models with swollen batteries or that won’t power on. The new service program began yesterday, according to a leaked internal document…

The document, obtained by 9to5Mac, indicates that select Apple Watch Series 2 models may not power on or may experience an “expanded battery” under certain conditions.

“Apple has determined that under certain conditions, some Apple Watch Series 2 (42mm) devices may not power on or they may experience an expanded battery.”

Eligible devices are any 42mm Series 2 Apple Watch models in the Sport, Nike+, Hermès, and Edition lines. The program does not, however, apply to any Series 1 or Series 3 models, nor does it apply to any 38mm models. Warranty status does not matter for this issue.

It’s somewhat unclear as to what is covered under the memo’s mention of an Apple Watch Series 2 not powering on. Apple notes, however, that all models will be subject to a “visual-mechanic” inspection prior to service.

Users on forums such as Reddit and Apple’s support website have noted of instances where their Apple Watch battery seemingly expanded without reason. Apple has almost always replaced or serviced such devices and generally covers expanded batteries past the 1-year warranty date, regardless of a program such as this.

The first-generation Apple Watch (Series o) seemingly suffered from the same problem, with Apple implementing a similar 3-year repair program for affected users. Thus far, there haven’t been any reports of the Apple Watch Series 3 suffering from expanded battery issues, though it could still be too early to tell as such problems generally take sometime to manifest.

Has your Apple Watch Series 2 suffered from an expanded battery? Let us know down in the comments!