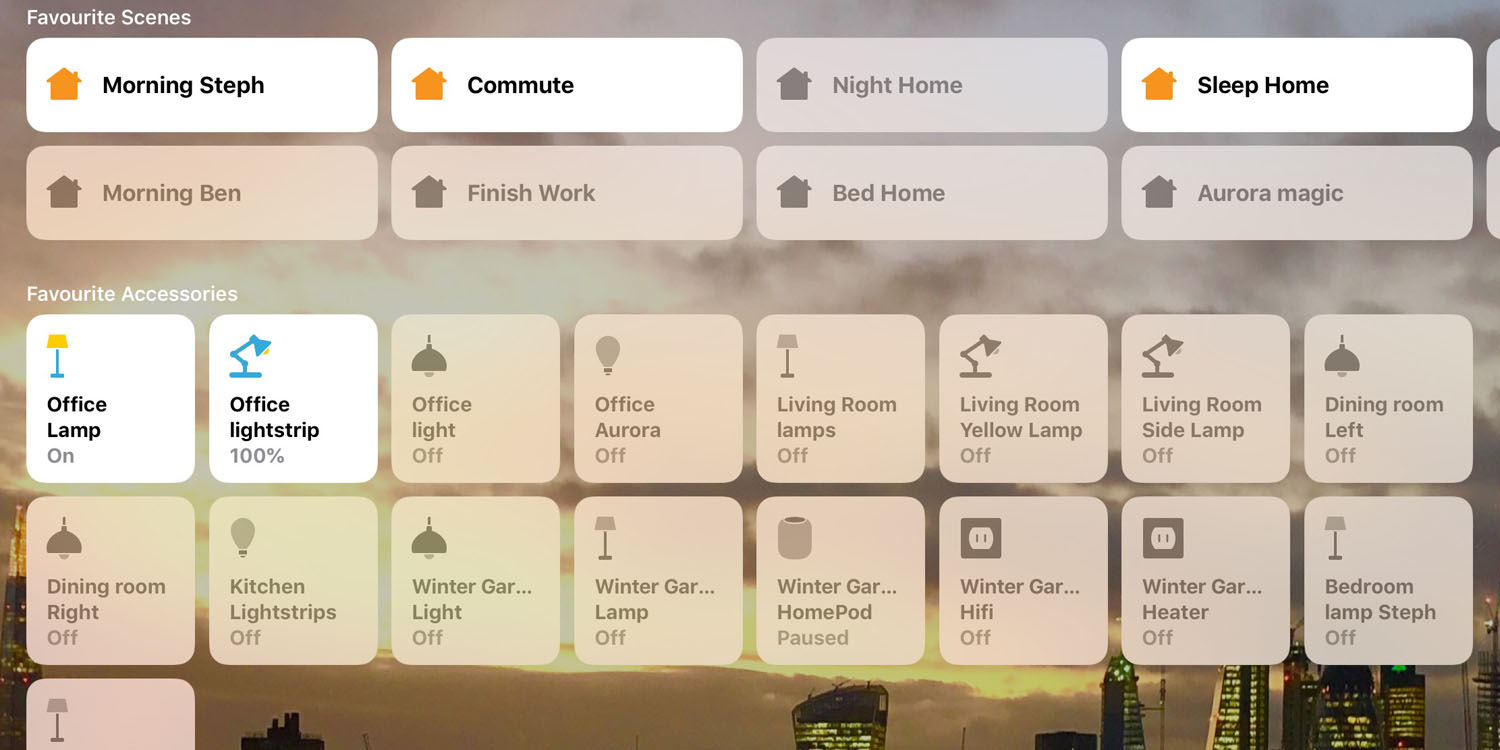 Zac wrote a really helpful piece earlier this week about a HomeKit feature that had somehow entirely passed me by: the ability to customize your light icons.

The default icon for all lights is a lightbulb. But HomeKit offers you the ability to choose between four icons:

Zac mentioned that it would be useful to have more options, and I wanted to give this greater visibility by making it a feature request …

The first thing I’d like to see is more light icons. For example, we have table lamps that look nothing like the desk lamp icon. Using this icon is better than nothing, but it feels like a half-hearted solution.

Then there’s Philips Hue Light Strips. I think everyone I know with smart home lighting has at least one of these. Personally, I find them so useful that we have six, with plans for more. (Two in the kitchen, one behind my desk, and three used as wardrobe lighting. We also plan to use more as above-bookshelf lighting once we’ve finished rejigging these.) An icon to cover these and other forms of strip lighting seems a really obvious omission.

Many homes have wall-mounted uplighters – another strange omission.

So here’s what I’d like to see in the way of light icons (including the four that already exist):

Plug socket adapters can be used for so many things that they are a tougher proposition – where do you stop? But I suspect Apple and companies like Elgato have a pretty good handle on typical uses of things like Elgato Eve Energy switches. Here are a few very obvious ones:

I’d only half-jokingly suggest adding AirPort Express units to the list: I use one to add AirPlay to my HiFi, and it falls over so often I actually use an Elgato Eve switch so that I can reboot it from the comfort of the sofa …

Is this something you’d like to see? As ever, please take our poll. If you have other suggested categories, please post them in the comments.