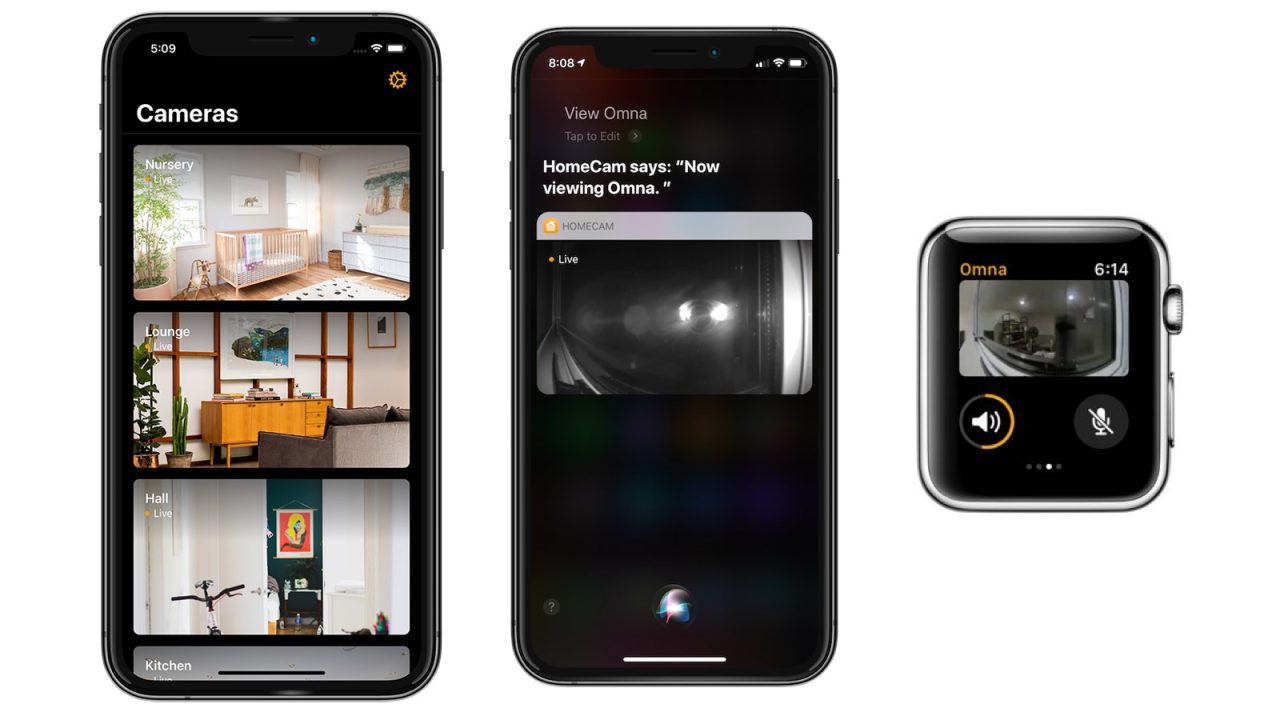 HomeCam, the popular HomeKit app for iOS and tvOS that allows you to view multiple video streams from your HomeKit cameras simultaneously, has received a nice update today on iOS. The update brings a new Apple Watch app, Siri Shortcut support, and more more.

We’re big fans of HomeCam here at 9to5Mac, and today’s update brings a handful of notable improvements. First and foremost, there’s a new companion Apple Watch app that allows you to watch live feeds of your HomeKit cameras directly on your wrist. The Watch app also includes microphone and speaker support, so you can use it as an intercom of sorts.

Additionally, newly added support for Siri Shortcuts means you can now ask Siri to display any of the cameras you have in the HomeCam application.

The latest version of HomeCam also features a new and redesigned main list view with snapshot fallback support. This means that if a camera fails to load, you can still view a still snapshot of it. There’s also support for Face ID, Touch ID, or passcode authentication, speed improvements, and more.

Here’s a full summary of the new features added by HomeCam today:

Snapshot support to enable you to see images when live streaming fails, especially useful when remotely accessing your cameras.

A companion Watch app lets you view your camera’s live feeds on your wrist, including microphone and speaker support to allow you to use it as an intercom.

With faster launch times, you can see your cameras faster.

A brand new camera grid brings more details to the forefront, clearer statuses let you understand what is going on easier with your home.

Reorder your cameras to get the best order for your needs.

Secure HomeCam with your face, finger or passcode with FaceID, TouchID and passcode support.

New Keyboard Shortcuts on the iPad now let you move around HomeCam even faster.