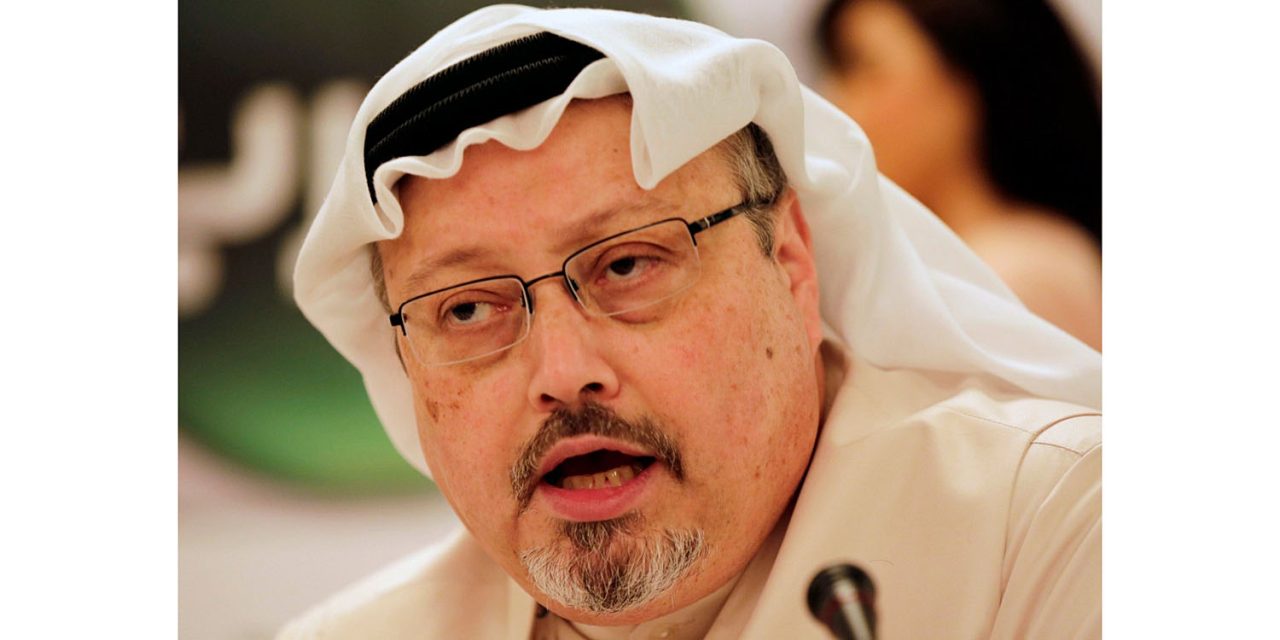 A Turkish newspaper has claimed that missing Washington Post journalist and Saudi national Jamal Khashoggi was murdered while in the Saudi consulate in Instabul – and that the killing was recorded on the man’s Apple Watch.

But the Apple Watch part of the claim seems unlikely …

The Turkish government was initially reported to have both audio and video evidence of Khashoggi being interrogated, tortured and murdered inside the consulate, before his body was dismembered and removed.

That claim has since been downgraded to an audio recording only. CNN reports that Sabah claims this came from the journalist’s own Apple Watch.

Khashoggi turned on the recording function of his Apple Watch before walking into the Saudi consulate in Istanbul on October 2, according to Sabah newspaper.

The moments of his “interrogation, torture and killing were audio recorded and sent to both his phone and to iCloud,” the pro-government, privately owned newspaper paper reported. The Turkish newspaper said conversations of the men involved in the reported assassination were recorded.

Security forces leading the investigation found the audio file inside the phone Khashoggi left with his fiancé, according to Sabah.

The story, then, is that the recording was remotely transmitted from Khashoggi’s Apple Watch to his iPhone, which was some distance away outside the perimeter gates of the consulate.

This alone seems unlikely. It seems too far for Bluetooth transmission, and the report specifically says that the recording was uploaded to iCloud – which would require a mobile data connection.

There are apps that record on the Apple Watch and upload the recording to iCloud, automatically downloading a copy to your iPhone. I use one such myself, Just Press Record. But this requires a mobile data connection, either LTE or Wi-Fi.

Turkey doesn’t have a mobile carrier that supports LTE versions of the Watch, eliminating that possibility, so then we’d have to believe that Khashoggi was able to connect to a Wi-Fi network within the consulate.

That’s possible, if unlikely, but there’s a bigger reason to doubt the accuracy of the report.

There is, of course, no way to directly unlock an Apple Watch with a fingerprint. The closest you can get to that is unlocking an iPhone with Touch ID, which would also unlock a linked Watch – but that wouldn’t have been possible in this case as his iPhone was said to be in the possession of his fiancé.

So the story makes no sense. Which raises the question why a newspaper viewed by some as a mouthpiece for the Turkish government would make the claim. CNN believes it has the answer.

CNN intelligence and security analyst Robert Baer cast doubt on the claim, saying it was too far for a Bluetooth connection and that Khashoggi was unlikely to have anticipated transmitting a recording in advance. “I think what’s happened, clearly, is the Turks have the Saudi consulate wired, they have transmitters,” he told CNN’s Anderson Cooper.

“The Turks don’t trust any diplomats and they have been into most embassies and most consulates in Turkey and they listen to what’s going on — and if indeed there are tapes proving that he was murdered, I think that’s probably how they know. But the Turks are very reluctant to admit that.”

Which would also make sense of the initial claim that the Turkish government had video evidence. Since the Apple Watch has no means of recording video, using that as an explanation for the recording would require the claim to be downgraded to audio recording only.

The Saudi government denies any involvement in Khashoggi’s disappearance.