A new report from iFixit today looks into a curious case of many iPhones and Apple Watches failing at a hospital, at the same time. At first the cause was thought to be an electromagnetic pulse, but further investigation revealed the issue was helium.

They mystery started when a new MRI machine was being installed at Morris Hospital, outside Chicago. Systems Specialist, Erik Wooldridge said that he started hearing that smartphones had stopped working in the building.

His first thought was an EMP caused the problem:

“My immediate thought was that the MRI must have emitted some sort of EMP, in which case we could be in a lot of trouble.”

However, he ruled that out quickly as Android smartphones weren’t affected and the medical electronics in the hospital were working normally as well. The only affected electronics were 40 Apple devices.

The behavior of the devices was pretty odd. Most of them were completely dead. I plugged them in to the wall and had no indication that the device was charging. The other devices that were powering on seemed to have issues with the cellular radio. The wifi connection was consistent and fast, but cellular was very hit or miss.

After posting the issue on Reddit, Wooldridge heard that it could be related to liquid helium contained in the MRI machine. After more investigation, he discovered that separate from the new MRI installation, there was a helium leak in the hospital.

About 120 liters of liquid helium were vented into the building over five hours, which expands 750 times when going from liquid to gas. While most devices started working again, not all did.

The devices started to slowly recover after the initial incident, but not completely. “We did have a few abnormal devices. One iPhone had severe service issues after the incident, and some of the [Apple Watches] remained on, but the touch screens weren’t working (even after several days.)”

Every phone has gyroscopes and accelerometers with micrometer-thin elements. My initial theory, shared by some on Reddit, was that the helium molecules were small enough to get inside these chips and interfere with the mechanical workings.

But there are two problems with this idea: One, Apple isn’t alone in using MEMS gyroscopes—every phone has them. Why weren’t the Android phones affected? Perhaps there’s a bug in iOS that causes crashes when it gets faulty data from the gyro? But the bug impacted Apple Watches, too—and they run WatchOS. Additionally, iPhones earlier than the 6 weren’t affected. It seems unlikely that this was a new software bug that impacted both iOS and WatchOS. 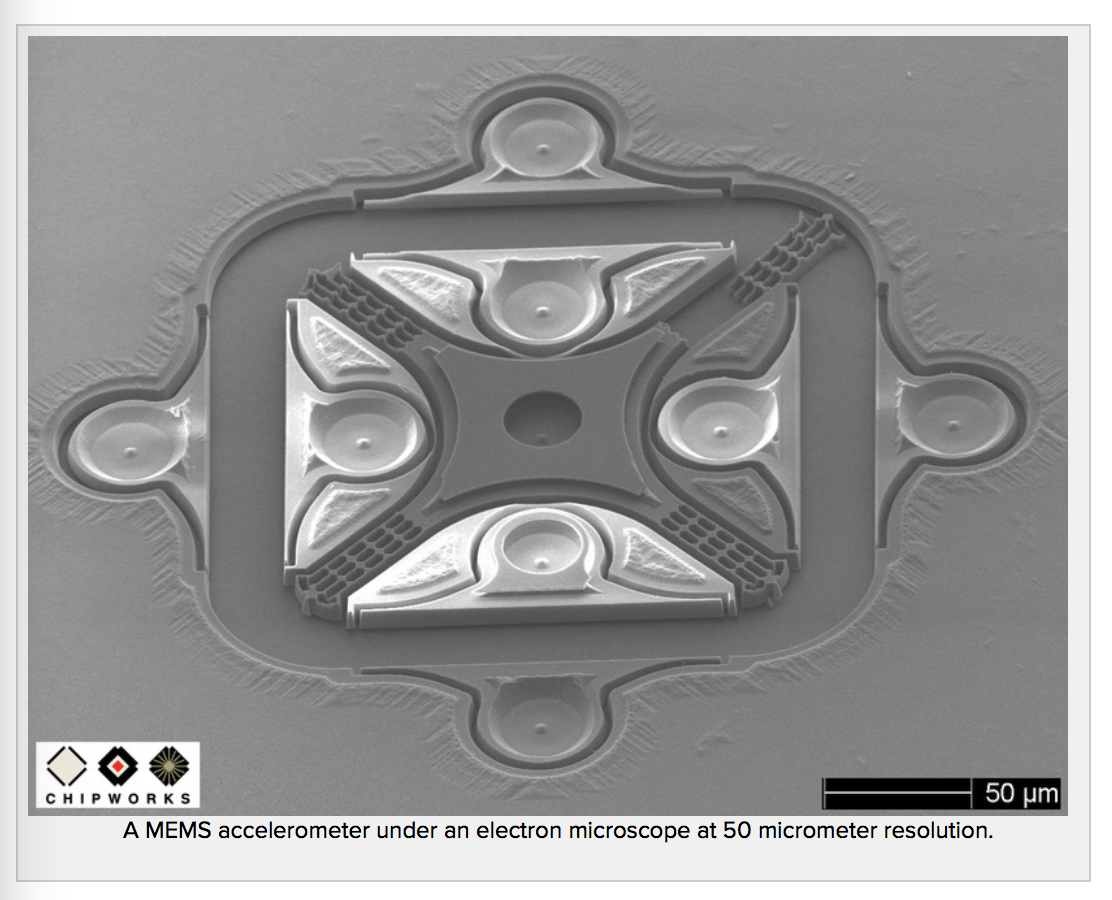 Wiens finally landed on the CPUs clock, the oscillator. They are often made from quartz, but more recently Apple started using MEMS silicon timing oscillators to improve performance and increase operating temperature ranges.

A failing oscillator would match Erik’s symptoms, which he reproduced in an experiment. “I placed an iPhone 8 Plus in a sealed bag and filled it with helium. This wasn’t incredibly realistic, as the original iPhones would have been exposed to a much lower concentration, but it still supports the idea that helium can disable the device. In the video I leave the display on and running a stopwatch for the duration of the test. Around 8 minutes and 20 seconds in the phone locks up. Nothing crazy really happens. The clock just stops, and nothing else. The display did stay on though.”

I was able to repeat his experiment in our lab. My iPhone 8 lasted about four minutes in a helium atmosphere before it shut off entirely.

Wiens also discovered that Apple acknowledges this problem in its user guides for iPhone and Apple Watch.

Exposing iPhone to environments having high concentrations of industrial chemicals, including near evaporating liquified gasses such as helium, may damage or impair iPhone functionality.

Apple notes that affected devices may recover, but gives some specific troubleshooting steps like letting your iPhone sit for a week without charging it.

Leave the unit unconnected from a charging cable and let it air out for approximately one week. The helium must fully dissipate from the device, and the device battery should fully discharge in the process.  After a week, plug your device directly into a power adapter and let it charge for up to one hour.  Then the device can be turned on again.