The major US carriers haven’t rolled out support for Apple’s Dual SIM/eSIM feature with the iPhone XS and XR yet. However, Verizon has today announced its own solution to using multiple numbers with one iPhone or Android smartphone called “My Numbers.”

Detailed in a press release (via The Verge), Verizon notes My Numbers is valuable for those with business and personal numbers. The new feature allows one smartphone to use up to five different numbers.

My Numbers lets you add up to four additional numbers to a single smartphone with unlimited domestic calling and texting.

“My Numbers is a great solution for entrepreneurs, customers with side hustles, and for those who just want the convenience and flexibility of having multiple phone numbers without the hassle of carrying around a separate phone,” said Keena Grigsby, director of product marketing for Verizon.

The service costs an additional $15/month per line and includes separate voicemail and text messaging via the My Numbers iOS and Android app. While this may be a good fit for users with multiple Verizon numbers, you’re giving up being able to use Apple’s software like iMessage and the iOS Phone app.

Pre-paid Verizon plans aren’t eligible for My Numbers. Verizon has a FAQ page for more details.

Notably, this move follows T-Mobile announcing its DIGITS program last May that also supports up to five lines at a cheaper $10/month price.

As for Dual SIM support for US users, GigSky was the first to offer cellular data plans for the iPhone XS and XR via eSIM last week. 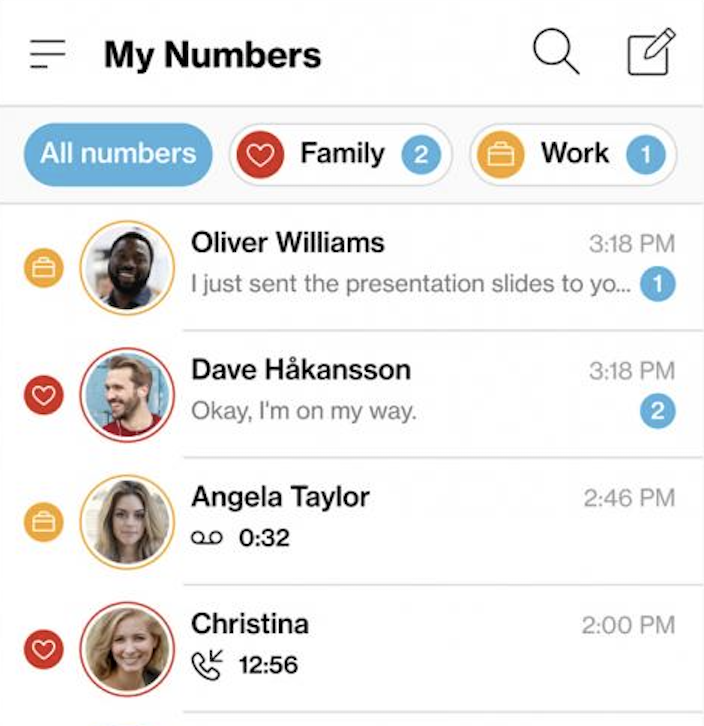