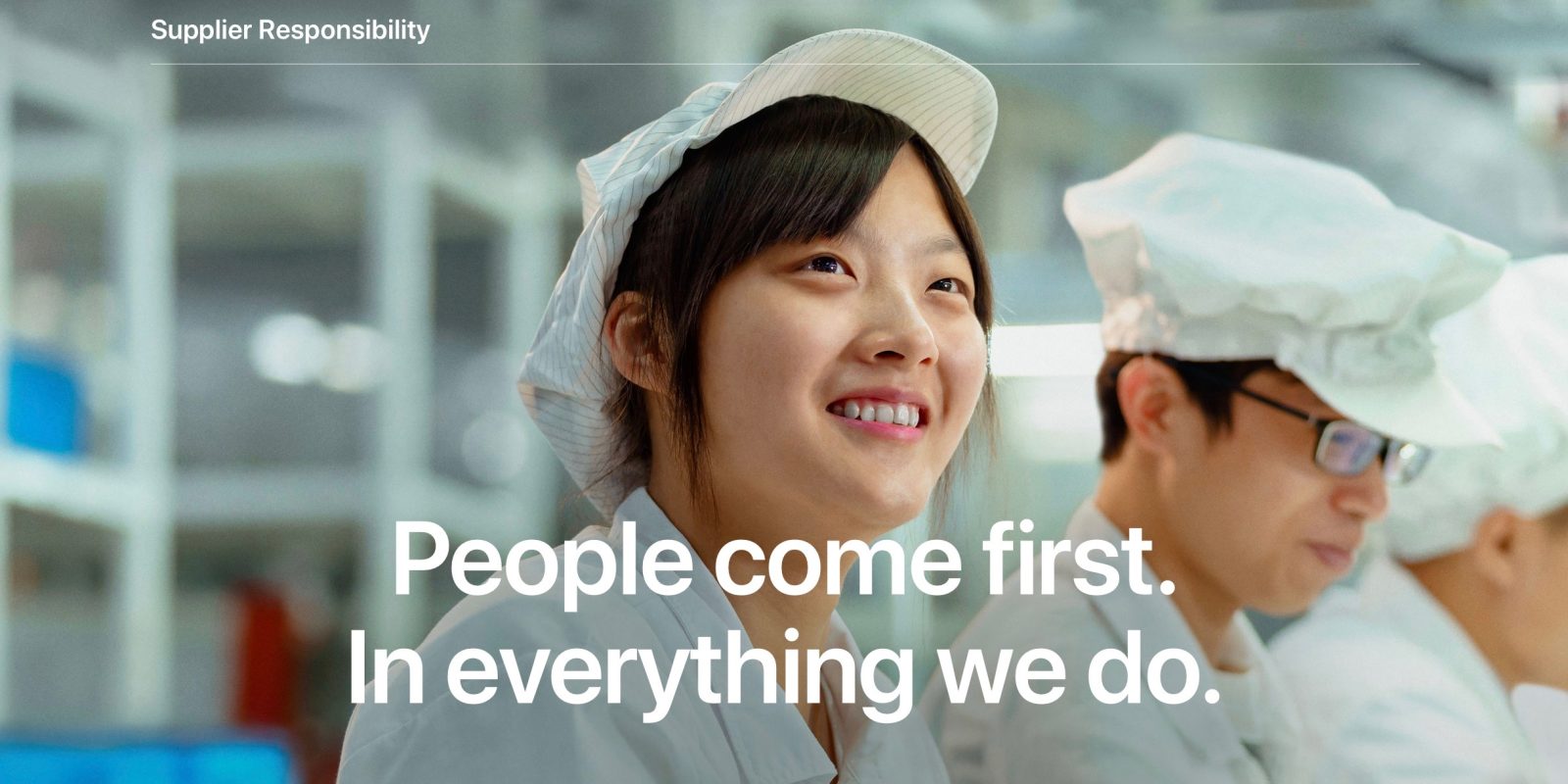 Apple has today shared its 2019 Supplier Responsibility Progress Report that details how its business and suppliers impact people, the planet, and more. Across 2018, Apple says that core labor rules violations dropped and it didn’t find any serious safety or health violations. It also shared that over 17 million supplier employees have now been trained on their rights, and it saw more of its suppliers than ever achieve a high-performing rating.

We care deeply about the people who build our products, and the planet we all share. So we hold ourselves and our suppliers to the highest standards to ensure everyone is treated with dignity and respect. And we share our work openly so others can follow our lead.

As for People, Apple highlights that it earned the 2018 Stop Slavery Award, repaid $616,000 in supplier recruitment fees to employees last year, and saw a 96% compliance rate for working hour standards. Since 2007, Apple has trained over 17M vendor employees on their rights.

As for violations, Apple found that most of them were related to working hours and wages.Apple saw 27 core violations across 2018, which was down from 44 in 2017. Meanwhile, there was only one case of under age labor discovered in Apple’s 2018 audits.

As for the planet, Apple touts that it has saved 7.6 billion gallons of freshwater, earned the top ranking for the Corporate Information Transparency Index yet again, and is 100% waste free for final assembly of iPhone, iPad, Mac, Apple Watch, and more.

Apple says it was able to reduce its greenhouse gas emissions by 466,000 metric tons during 2018. Along with its suppliers, Apple is also set to purchase 4 GW of renewable energy by 2020. That will account for one-third of what the company needs to make its products.

As for other progress the company is making with its suppliers, Apple noted it conducted audits at 1,049 suppliers across 45 countries. 76% were high-performing facilities, and only 1% landed in the low-performing category. Year over year, Apple saw a 30% increase in its high-performing suppliers.

Those numbers show a big improvement in both raising high-performing sites and reducing low-performing ones. Here’s a look at how far Apple has come since 2014. 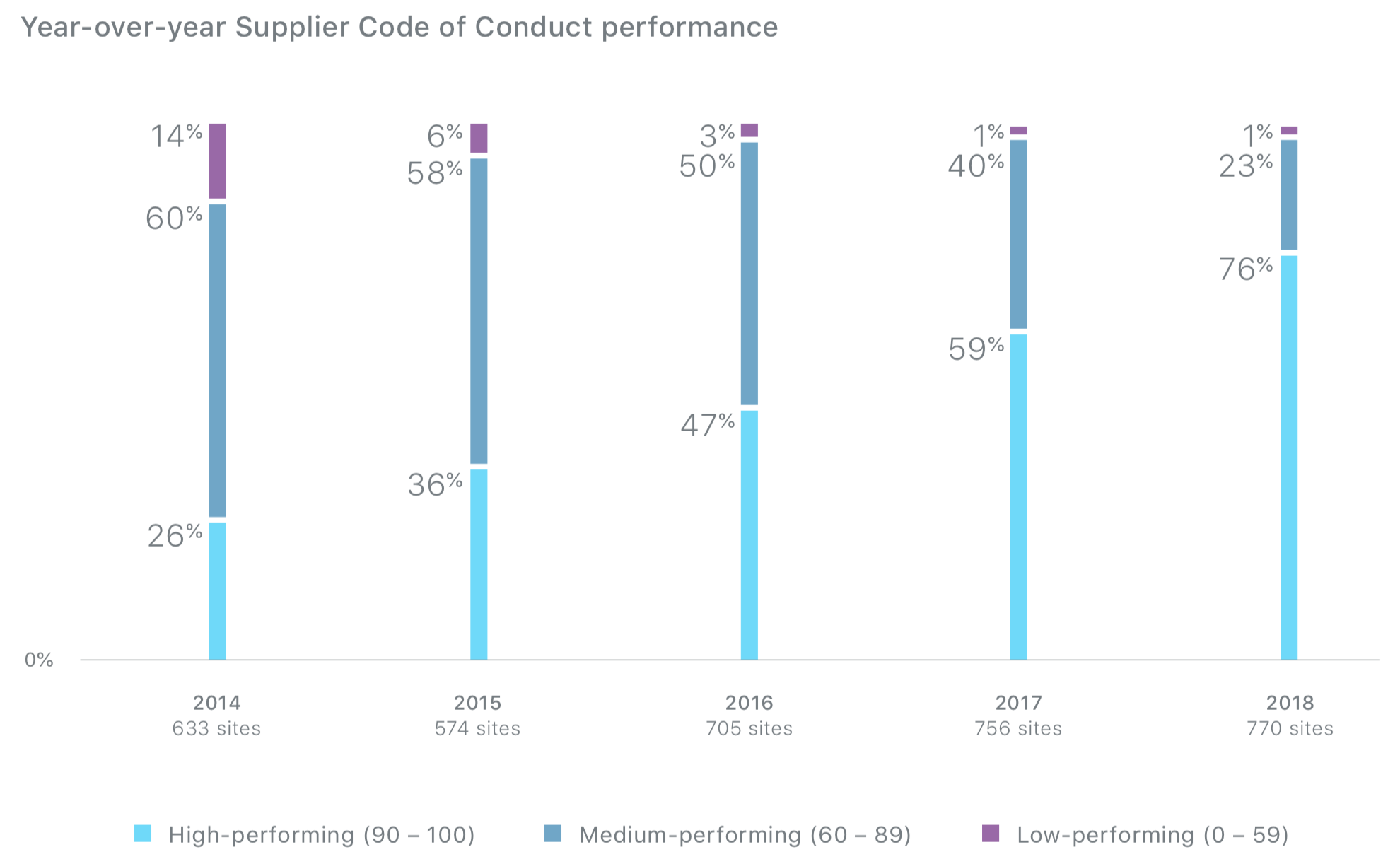