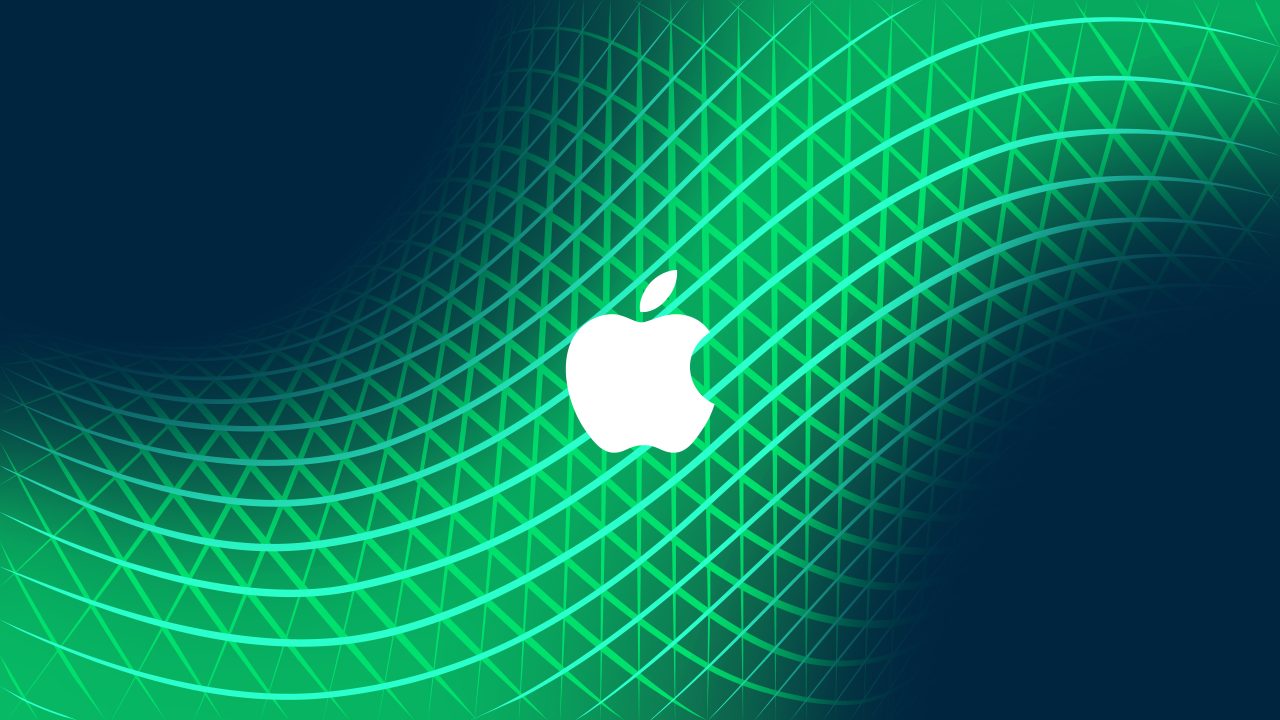 Amid a global retail expansion, Apple opened its first and only store in Singapore at Orchard Road in 2017. Now, thanks to the flagship location’s popularity and economic growth in Singapore, Apple will soon open its second store in the region at the expansive new Jewel Changi Airport.

Airports are unfamiliar territory for Apple Stores. Apple typically chooses suburban shopping malls, downtown retail districts, and popular city centers for new stores. But Jewel Changi is no ordinary airport. The new retail, dining, and tourist destination is an expansion of the existing Changi Airport, which was named the world’s best airport seven years in a row. Jewel Changi builds on its success with a massive glass dome designed by architect Moshe Safdie. Lush gardens, an indoor “rain vortex” waterfall, and art installations paint the backdrop of a luxury shopping and dining experience. International brands making their debut in Singapore and over 100 restaurants including local cuisine await guests, who can even stay at the airport’s YOTELAIR hotel. 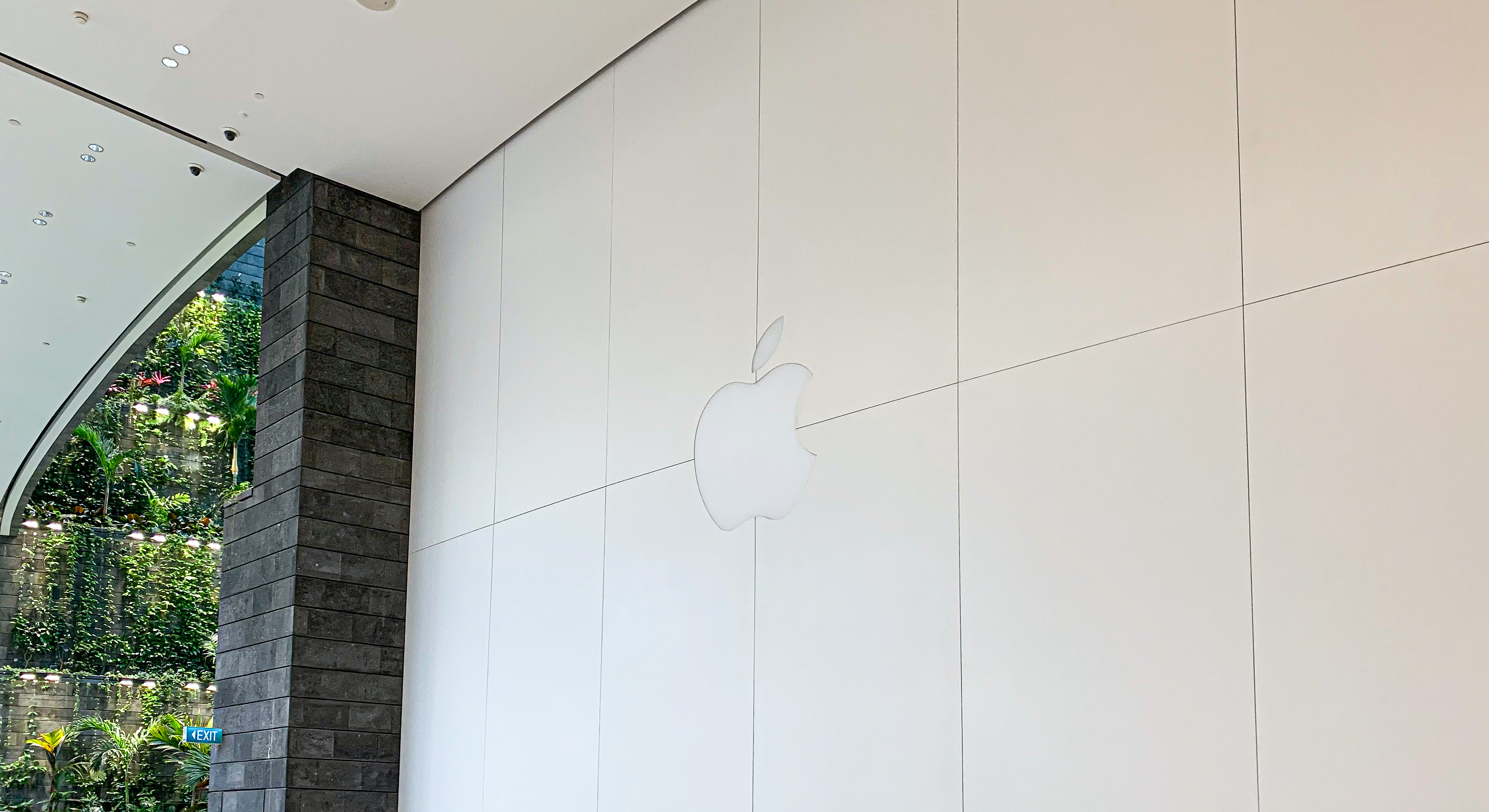 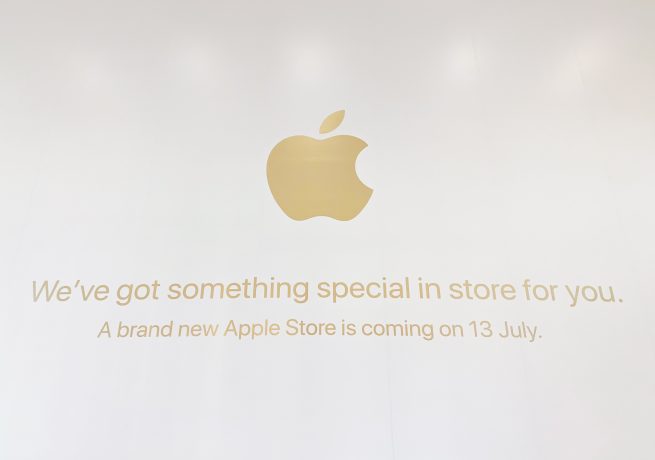 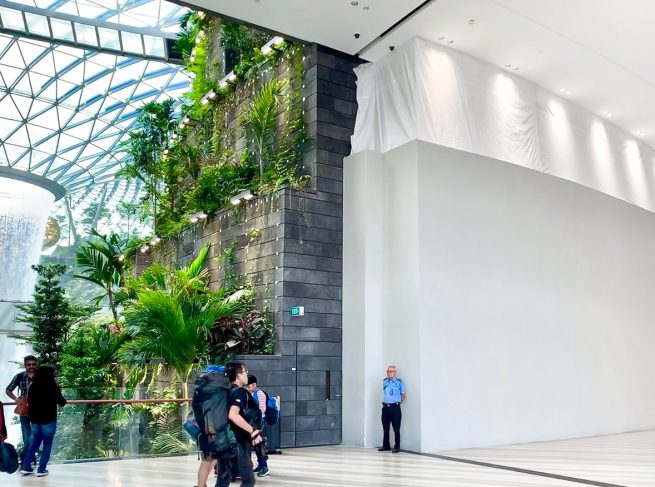 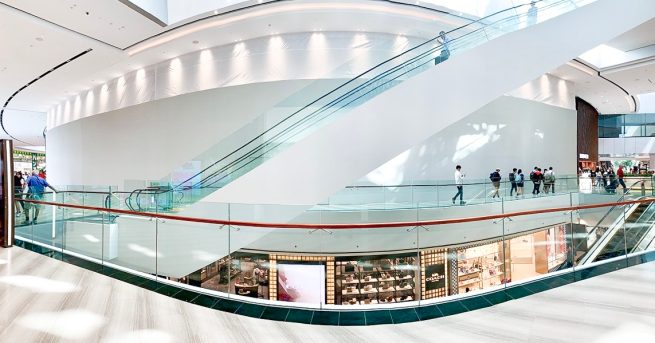 The Today at Apple program of creative in-store events has been particularly successful in Singapore. Apple Orchard Road regularly attracts top talent to host some of the best exclusive sessions held in any of Apple’s flagship stores around the world. Apple Jewel Changi Airport is expected to offer a distinct atmosphere from the outdoor Orchard Road store, but could prove to be even more popular due to airport tourism.

This is where Apple is located on L2 at Jewel Changi Airport. It’s a massive space that has been covered by a gray temporary wall since the airport opened pic.twitter.com/Ap50rbMMro

Even before Apple’s second Singapore store opens, rumors of a third persist. A dome-shaped structure currently under construction at the Marina Bay Sands resorts is believed to be the work of Apple. 9to5Mac contributor Cam MacMurphy offers some background on the location:

Singapore, the real-life setting in the popular film Crazy Rich Asians, really is home to a lot of wealth: the country has nearly 200,000 millionaires among its total population of only 5.8 million. In terms of per capita GDP, Singapore is 9th in the world. The Marina Bay Sands is a posh, iconic hotel and probably one of Singapore’s most photographed structures, with a slew of Instagram posts from the rooftop infinity pool in particular. It also has several high-end retailers, so Apple should fit right in.