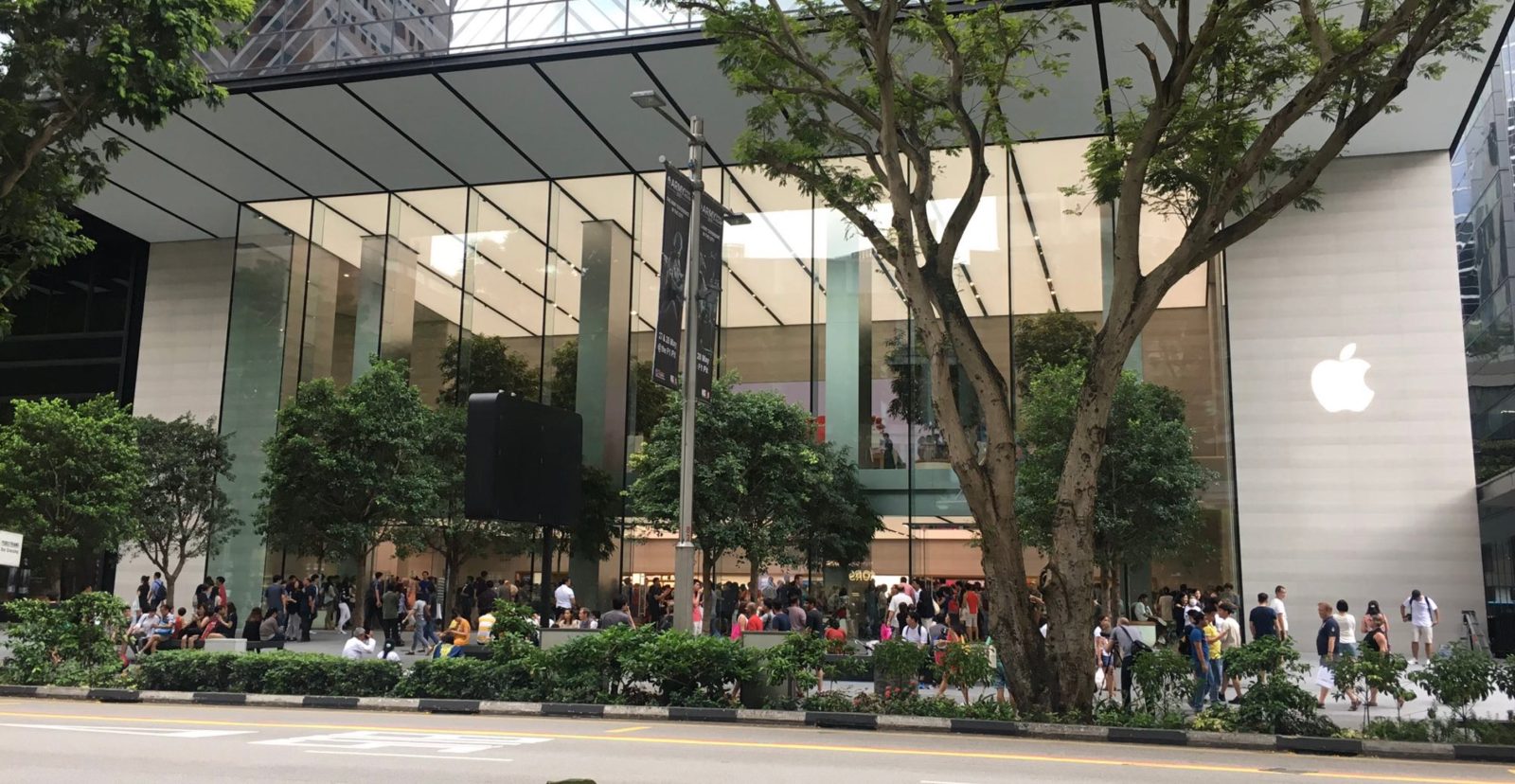 The new store, as we detailed earlier this week, features Apple’s latest retail store design philosophy, focusing on community and group communication with large open spaces and meeting areas. The two-story building features products and accessories on the bottom floor, while the upper floor is home to the Genius Grove and Apple’s new Today at Apple sessions. There are also paintings of Apple Park, the ‘bowling ball’ headphone holders, a giant screen, and cube seating.

Video shared by The Strait Times and seen below shows that Apple Orchard Road opened to a massive fanfare, with employees and fans alike excited for the experience. A variety of people also shared images of the grand opening on Twitter, showing the significant crowds that had gathered prior to doors opening, the new spiral staircase, and much more. Apple was also handing out t-shirts to those who arrived early.

On-hand for today’s grand opening of Apple Orchard Road was the company’s retail chief Angela Ahrendts, who praised the new location in a tweet. “An unbelievable morning on Orchard Road. So touched by the warmth and passion of everyone who joined us today,” she wrote while attaching an image of meeting an excited fan.

Apple’s first Singapore retail location has been in the making for almost two years now, with the company originally announcing its plans back in 2015. It wasn’t until just recently, however, that the location of the store was officially confirmed.

If you have a chance to visit Apple’s new Singapore retail location, be sure to let us know your experience and share some pictures down in the comments!

An unbelievable morning on Orchard Road. So touched by the warmth and passion of everyone who joined us today. #AppleOrchardRoad pic.twitter.com/wYi9jVG9k9

Congratulations team, and thanks to the thousands of customers who joined us at the new #AppleOrchardRoad in Singapore. Huat ah! 🇸🇬 pic.twitter.com/rXUrq3dBhE

The @Apple store at Orchard Road opened its doors to the public on Saturday (May 27) at 10am. https://t.co/R7c3HyUhHn pic.twitter.com/crj3seNcmU