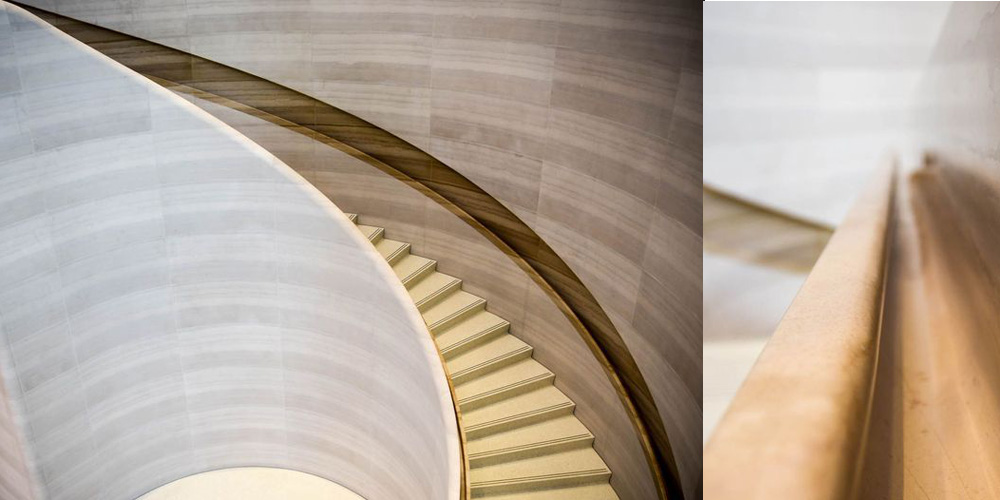 Two days ahead of the opening of the first Apple Store in Singapore, the company has provided a press preview of the interior.

One notably missing feature is the glass staircase which has traditionally been a signature design element of Apple’s retail stores. There is instead what is being reported as a stone staircase but may be a ceramic one. This design was first seen in the Nanjing store in China, and appears to be destined for the refitted 5th Avenue store in NY too …

CNET draws attention to the handrail, which is a carved slot in the wall following the spiral curve of the stairs – and looks quite stunning.

Another rarely-seen feature is a boardroom intended for private meetings. Some other stores have these, using them for meetings with business customers and sometimes individuals, but they are tucked away out of sight. During the Apple Watch launch, they were used to hold private try-on appointments for the gold Edition model.

The boardroom also has paintings of the Apple Park. 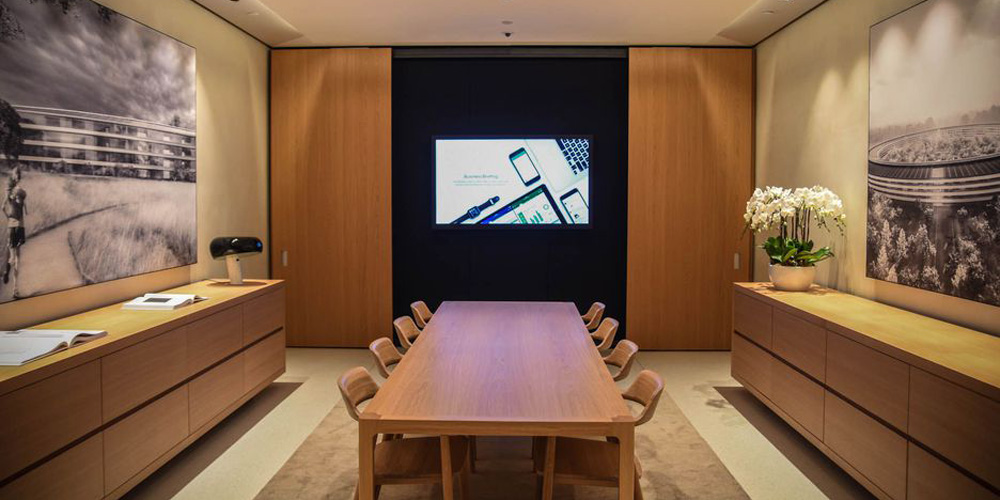 Other interior elements are by now familiar: the Genius orchard, the wooden ‘bowling ball’ headphone holders, the giant screen and cube seating.

You can see a selection of photos below, with more at CNET and MrBrown.