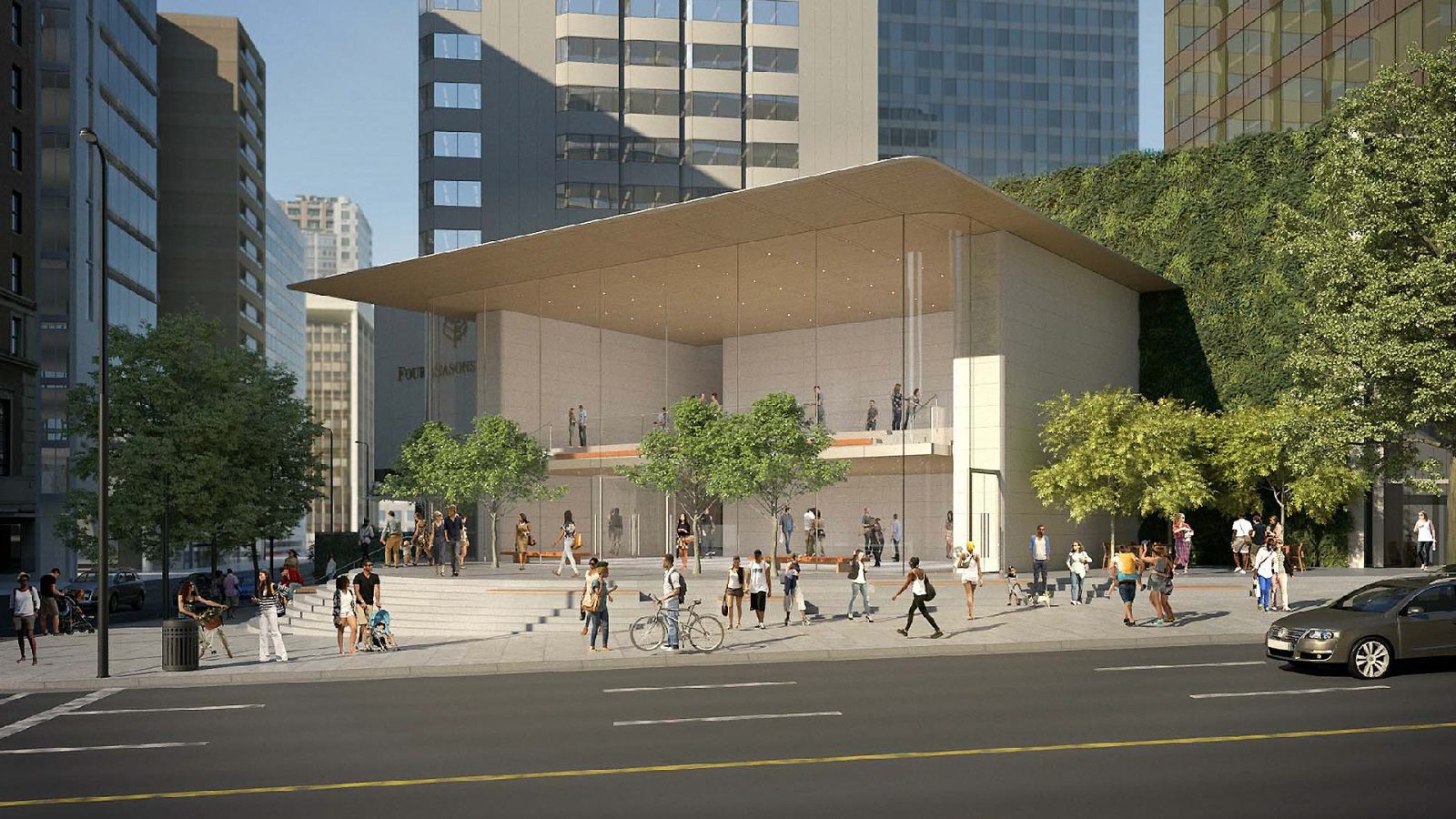 Plans to construct Canada’s most impressive Apple Store have cleared a major roadblock that previously put the entire project in jeopardy. Following a round of revisions, the City of Vancouver’s Development Permit Board unanimously approved a major redevelopment at the Pacific Centre shopping mall, according to Business in Vancouver.

In February, we had a glimpse at public documents detailing replacement of the glass rotunda entrance to Pacific Centre and a reimagining of the public plaza surrounding the mall. Submitted by Perkins+Will Architects, the plans also revealed the telltale styling of a multistory pavilion Apple Store headlining the development. Apple currently operates an undersized space inside the mall.

A March 20th meeting of Vancouver’s Urban Design Panel raised concerns about the store’s design and relationship to the new mall entrance and surrounding environment. A motion of support by the advisory group was defeated and recommendations were made to adjust the proposal. A final ruling for the development was originally scheduled for May 13th, but was later pushed back to June 24th and again to July 8th. 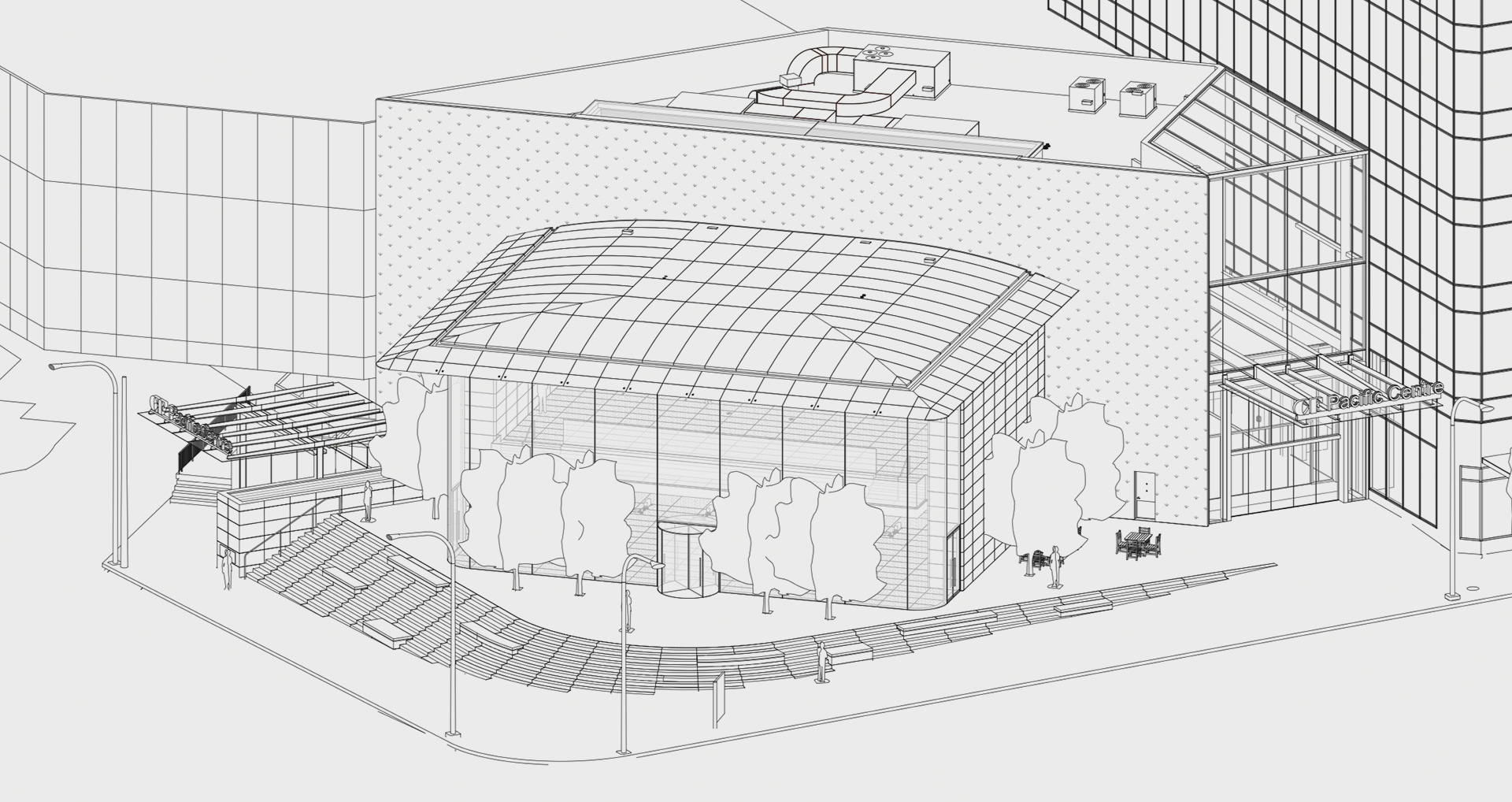 At the Monday afternoon meeting, conditions for approval were outlined and include reducing the prominence of the expansive green wall set to form the backdrop for the store and redesigning the adjacent mall entrance for greater visual interest. Planting areas and seating in the plaza will be increased, and pedestrian flow across the space must be improved. The committee of city officials gave design tips to Apple’s architects and designers on how to improve the space.

Changes to the proposal shown in an updated rendering are notable but don’t drastically alter the idea of the project. Sans tons of revisions between now and groundbreaking, the proposed design is relatively unique for stores in North America. 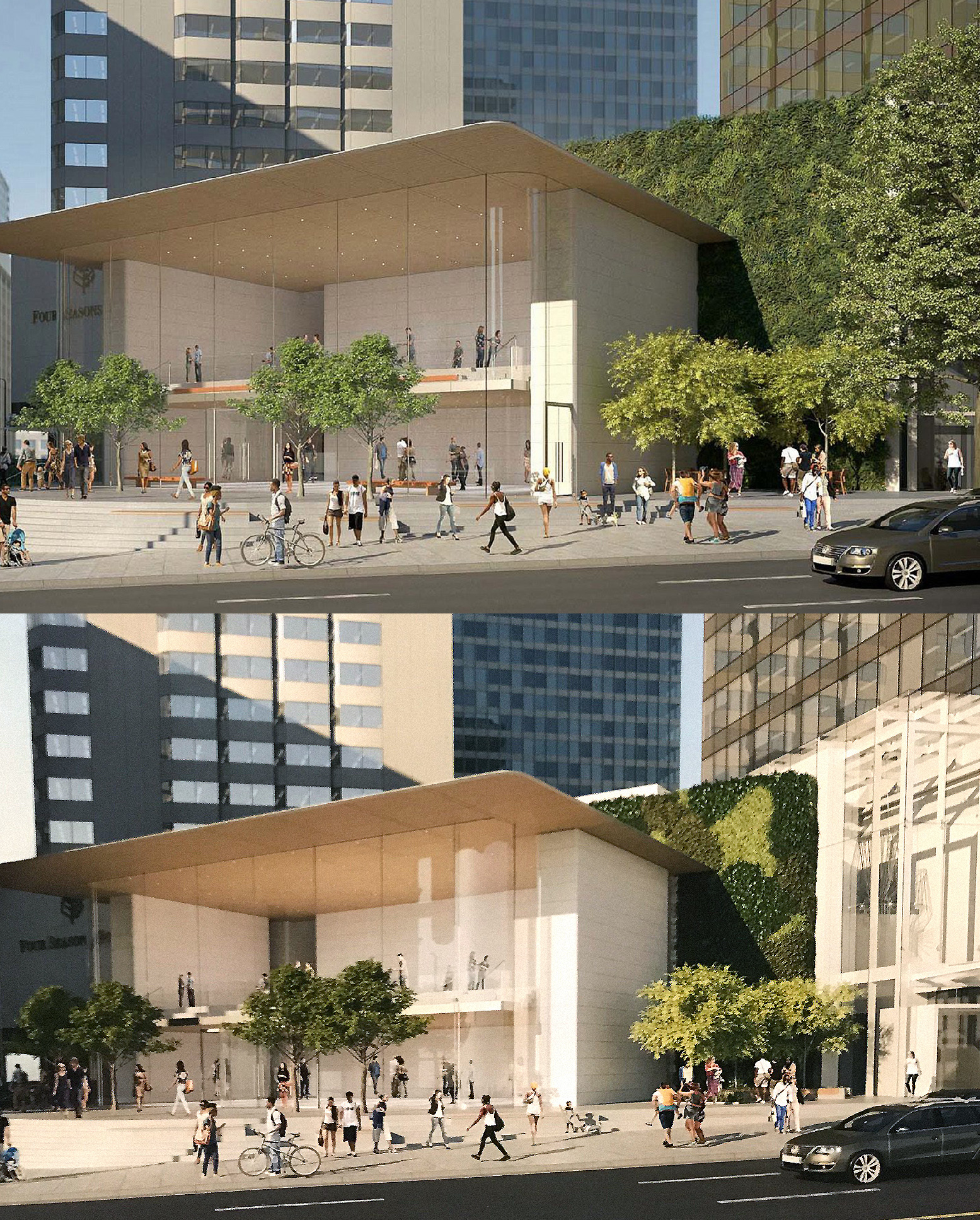 Before and after changes to the Pacific Centre proposal. (Updated render via @katrinamay_)

A contemporary Apple Store will be significant not just for British Columbia, but for all of Canada. None of the country’s 29 stores have completed remodeling with the new store design language Apple began widely implementing in 2015. Just three stores have received updates to introduce a video wall for Today at Apple sessions. Toronto’s Eaton Centre will reportedly become the first location in Canada with a redesigned Apple Store, as its construction is already well underway.