Apple launches ‘Back to Uni’ promo in Australia and New Zealand, offering free Beats and more 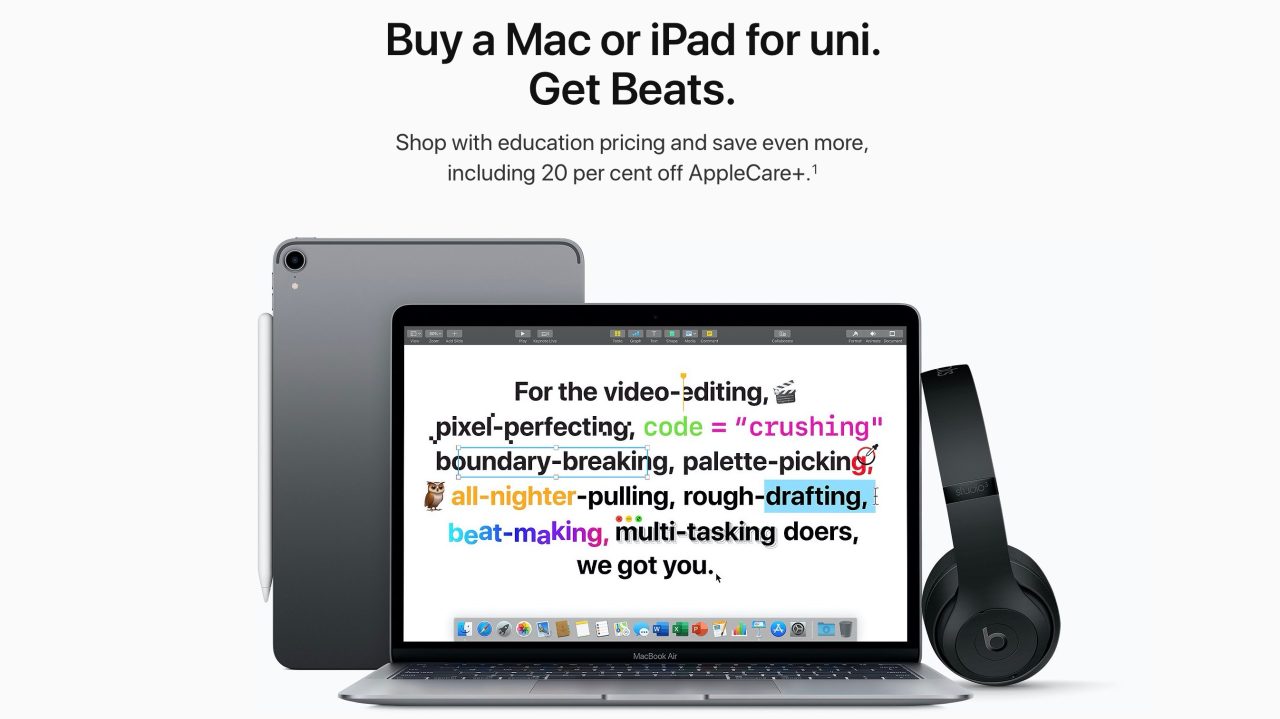 Apple today has launched its annual Back to Uni promotion for Mac and iPad buyers in New Zealand and Australia. This promotion is similar to the Back to School offer Apple runs in the United States every year and offers students discounts, free Beats, and more.

In Australia, Apple’s Back to Uni promotion is similar: Mac buyers can get up to A$320 off a purchase and get the Beats Studio3 for free, while iPad shoppers can save up to A$80 and get the Solo3 headphones.

In Australia, Apple is also promoting trade-in offers for both iPad and Mac purchases. Apple is not offering trade-ins promotions in New Zealand as of yet.

In the past, Apple has used App Store gift cards and Beats headphones as part of the promotion. Apple’s Back to School promotion usually runs around July in the US. [Update: The promotion is also now live in Brazil and South Korea.]