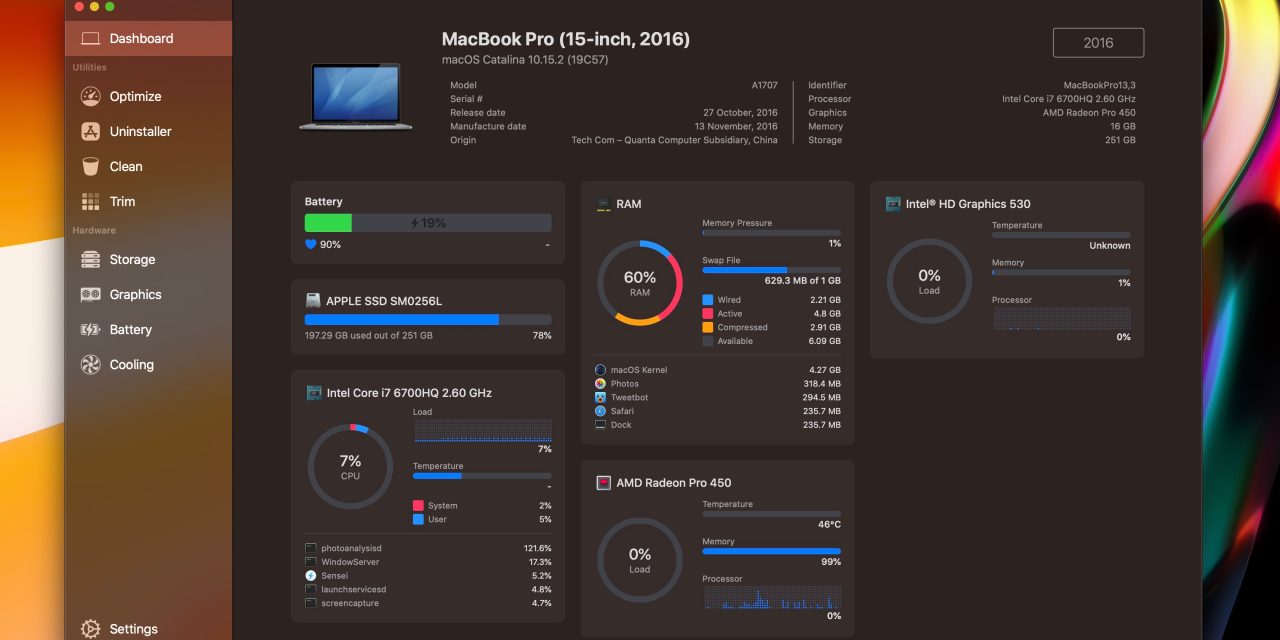 A new app called Sensei has arrived today for Mac that lets you monitor and tweak performance to get the most out of your machine. Sensei features a beautiful user interface with rich icons and lots of functionality like an SSD Trim Enabler, battery health, storage management, performance dashboard, and much more.

Sensei is an app that spans both software and hardware, including many more features than other apps in the Mac optimization category. It includes features for cleaning your disk, uninstalling apps, analyzing battery and disk health, monitoring CPU/GPU/RAM statistics, optimizing boot startup speeds and much more.

We’ve been able to check out Sensei and it and offers a gorgeous UI with lots of great functionality for monitoring and adjusting a Mac’s software and hardware performance. You also get fine-grained details like which vendor produced your Mac, components like the battery, and much more.

Sensei includes an SSD Trim Enabler and fan control is slated to be arriving by March.

Here’s a look at Sensei’s features and UI (full list below):

Sensei for Mac is available now directly from the developer as a free 14-day trial and runs $29/year or just $59 for a lifetime license.