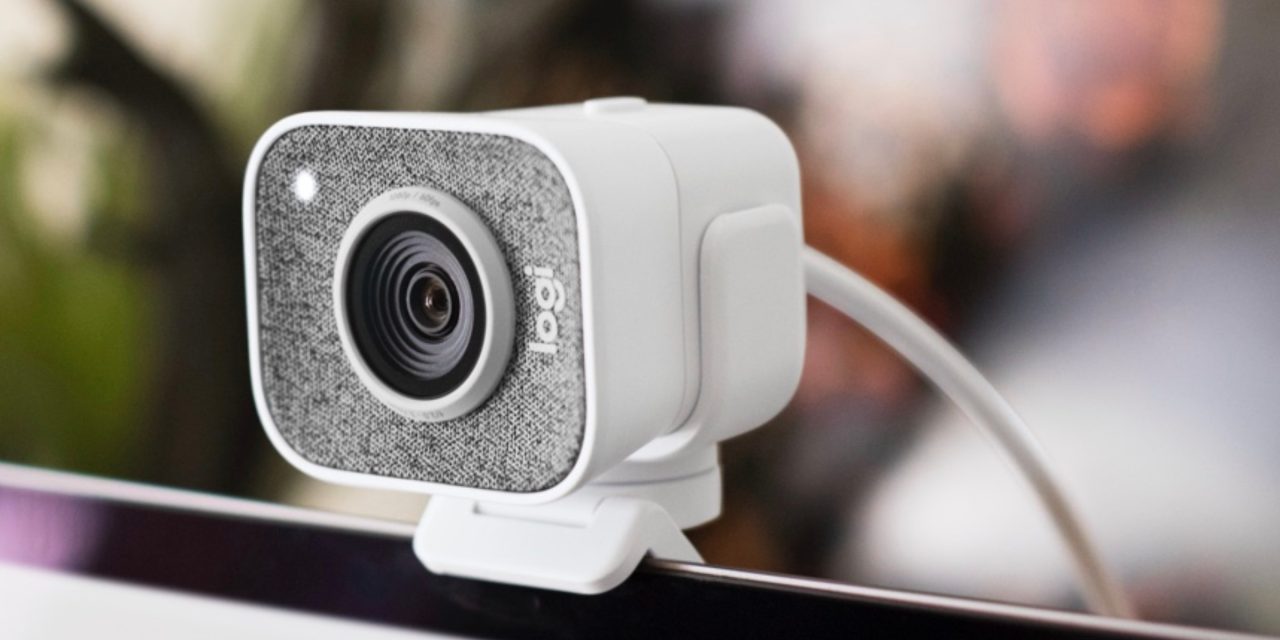 I got the StreamCam in September, plugged it into one of my iMac’s USB-C ports, and it was instantly recognized by Catalina. I plopped it into its screen mount and plopped that on top of my iMac. Instantly, all the apps, including the Streamyard streaming software we use for podcasts, recognized the camera. Instant makeover. When the StreamCam comes on you’ll see a little white LED indicating power on, much like iMac’s built in camera.

It also works well on my 13-inch MacBook Pro. I like the 5-foot USB-C cable here for fast bandwidth but wish it wasn’t embedded into the camera for longer/shorter cable swaps and such.

The camera sits firmly on the display and looks fine. I’m using the white version but a darker black version is also available.

Here’s a video quality comparison between the StreamCam (right) and the iMac’s built-in iSight Camera (left). 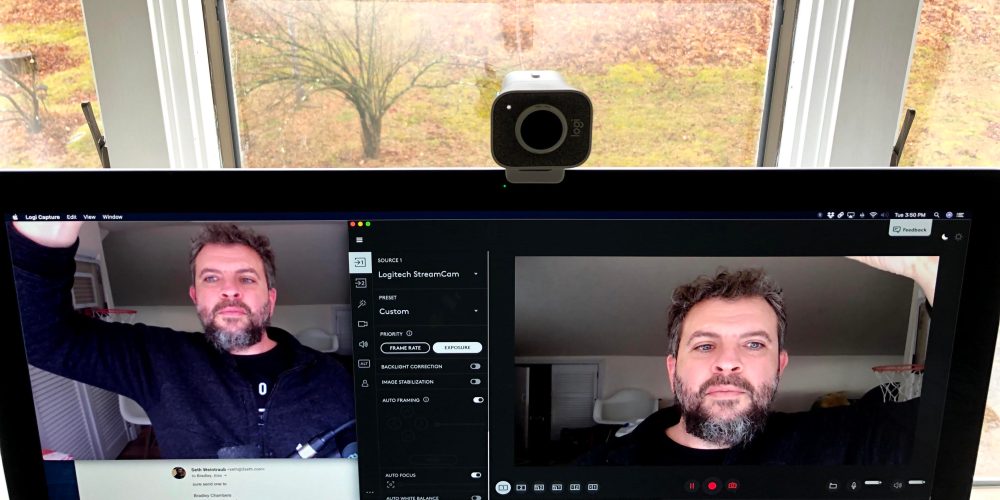 Note the more natural colors and clearer image. Every Mac should come with one of these!

Like I said, I’ve been using it without software on the Electrek Podcast for about 5 months now and it has really helped the production quality of the video. Now that I have the Capture software, I’ll be able to take it to the next level. I’ve already started taking advantage of the smart autofocus and exposure built into the software. Auto-Framing virtually moves the camera to follow you as you move to the left and right. It feels like you have a cameraperson running the show or some magic happening in post.

I still use a Shure SM7B microphone for podcast sound quality but for video conferencing, the StreamCam’s dual mic setup is much better than Apple’s built in options. Logitech is offering a bundle with its recently acquired Blue Yeti X mic at double the price, which is $20 savings for those who want something in the mid-range.

The piece of the puzzle that didn’t arrive until this week came in the form of a software download called Logitech Capture. While it sounds like a pretty basic utility, it certainly isn’t. It allows control of major aspects of the camera and what is output to other applications.

Let’s get the specs out of the way. This isn’t a Pro camera by any stretch of the imagination but it hits a lot of the right points at the right price.

I will say that Logitech’s marketing (above) screams “How Do You Do Fellow Kids” that aims to hop on the streamer bandwagon. I’m a mid-fourties video podcaster that has been using Logitech products my whole life and this thing fits my workflow just fine. It just works™ out of the box and Logitech’s Capture software will give you everything you need for basic to moderate tweaking of the video. Mic sound quality is also a serious upgrade from your Mac’s internal mics but you’ll want a dedicated mic for serious sound work.

At $170, the StreamCam is a significant update from Apple’s built-in iSight options and something the people on the other side of the camera will certainly appreciate.  Find it at Amazon or Logitech.com for $170 shipped or $340 with Blue Yeti X Mic.