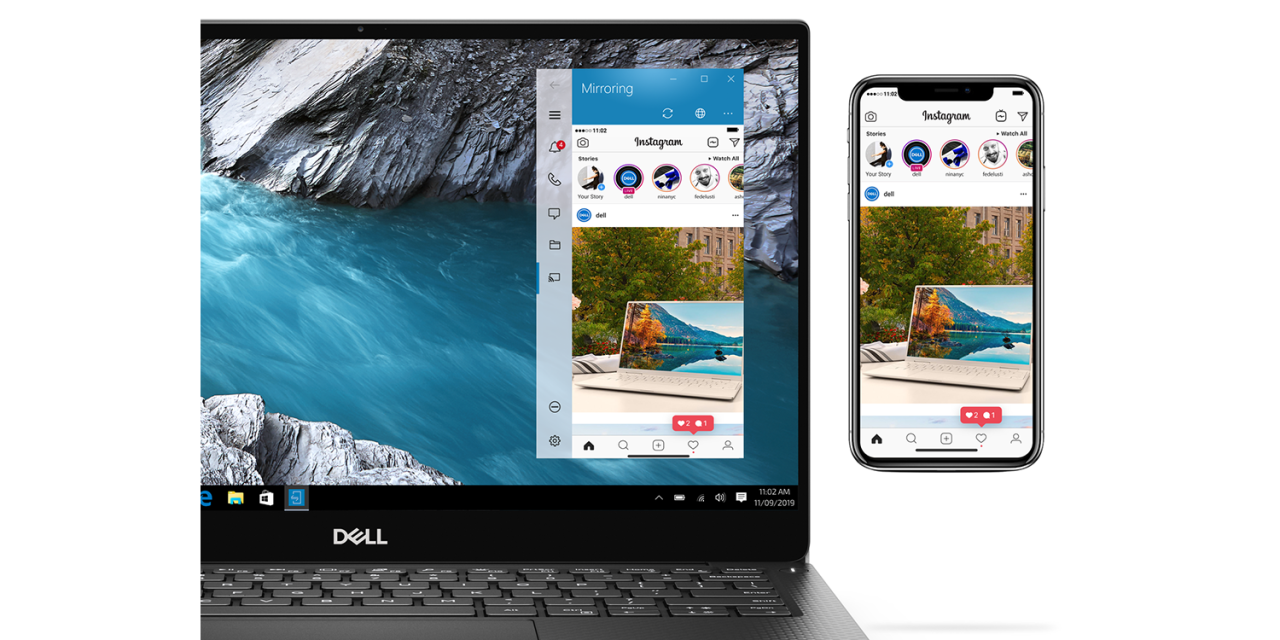 We learned back in January that Dell was working on a feature that would allow you to control your iPhone from one of the company’s Windows PCs, and that ability is now available …

If you’re an iPhone user with a modern Dell computer, you can now mirror your phone’s screen to your PC and control it using Dell’s Mobile Connect app. Version 3 of the iOS app lets you control your phone using your PC’s keyboard and mouse, and you can also drag and drop photo and video files to transfer them between the two devices. You can also now send SMS messages without needing to keep the iPhone app open in the foreground.

Windows does already have a Your Phone app from Microsoft which provides some of this functionality, but it doesn’t include screen-mirroring.

In order to use Dell’s new app, you’ll need to own a Dell laptop from 2018 or later, and your iPhone needs to be running iOS 11 or above. Supported Dell laptop ranges include its XPS, Inspiron, Vostro, Alienware, and the G Series. Dell says the update will be rolling out gradually over the course of this week.

As we mentioned at the time, it’s unclear whether Dell partnered with Apple to make this possible, or used AirServer to turn the Dell into an AirPlay device.

If you’re wishing you could do the same with your Mac, you can at least get a little of the way there with the 1Keyboard Mac app. This effectively turns your Mac into a Bluetooth keyboard for your iPhone. I find it pretty handy when I need to type fiddly things into my iPhone, like registering an account with a new app. You get a keyboard icon in the Mac menubar. Select ‘Connect to iPhone’ from that, and then keyboard output is directed to the iPhone