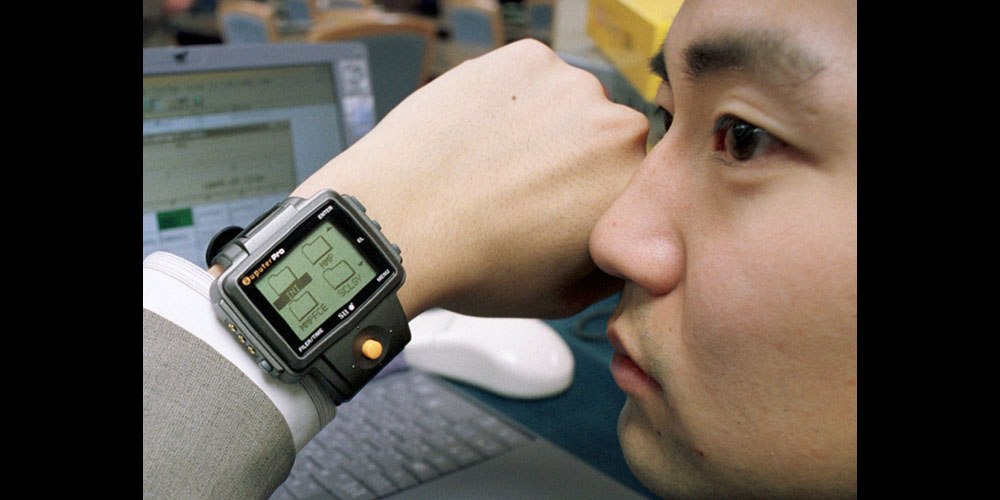 The Apple Watch is a remarkably capable device. You can use it to send and receive messages, make phone calls, play music, listen to podcasts, record meetings, find your way around an unfamiliar city, track your workouts, monitor noise levels, identify music, see how well you’re sleeping, control your smarthome devices, use it as your boarding pass, pay for things, get help if you fall, check the health of your heart, and more …

The Watch has come a long way since the Series 0 back in 2015. But smartwatches have come even further when you trace their history right back to the first one, in 1998.

Yep, the world’s first smartwatch was launched on this day in 1998, and Engadget has a fun look back at it.

The Seiko Ruputer, later known as the OnHand PC, was the first consumer watch that could run applications and connect to a PC, via a docking station. Thanks to an eight-way joystick below the screen, you could write memos, make calendar appointments and update your to-do list. If you were so brave, you could also log your expenses, play games and use a calculator, all from your wrist.

The Gadgeteer’s review from January 2000 says the Ruputer was “large and bulky on [the] wrist,” and you had to wear it over a shirt cuff, not underneath. But despite the massive size, it wasn’t blessed with features, although there are a number of third-party apps available for it — including a version of Paint and, uh, a stick-figure version of the Kama Sutra.

But the user-interface was a little … clunky.

“Imagine entering your name as a high score on one of those arcade game machines using a joystick,” they wrote. “Now imagine doing that with a single thumb.”

Take a look at a retrospective video review of it, created some 20 years later.