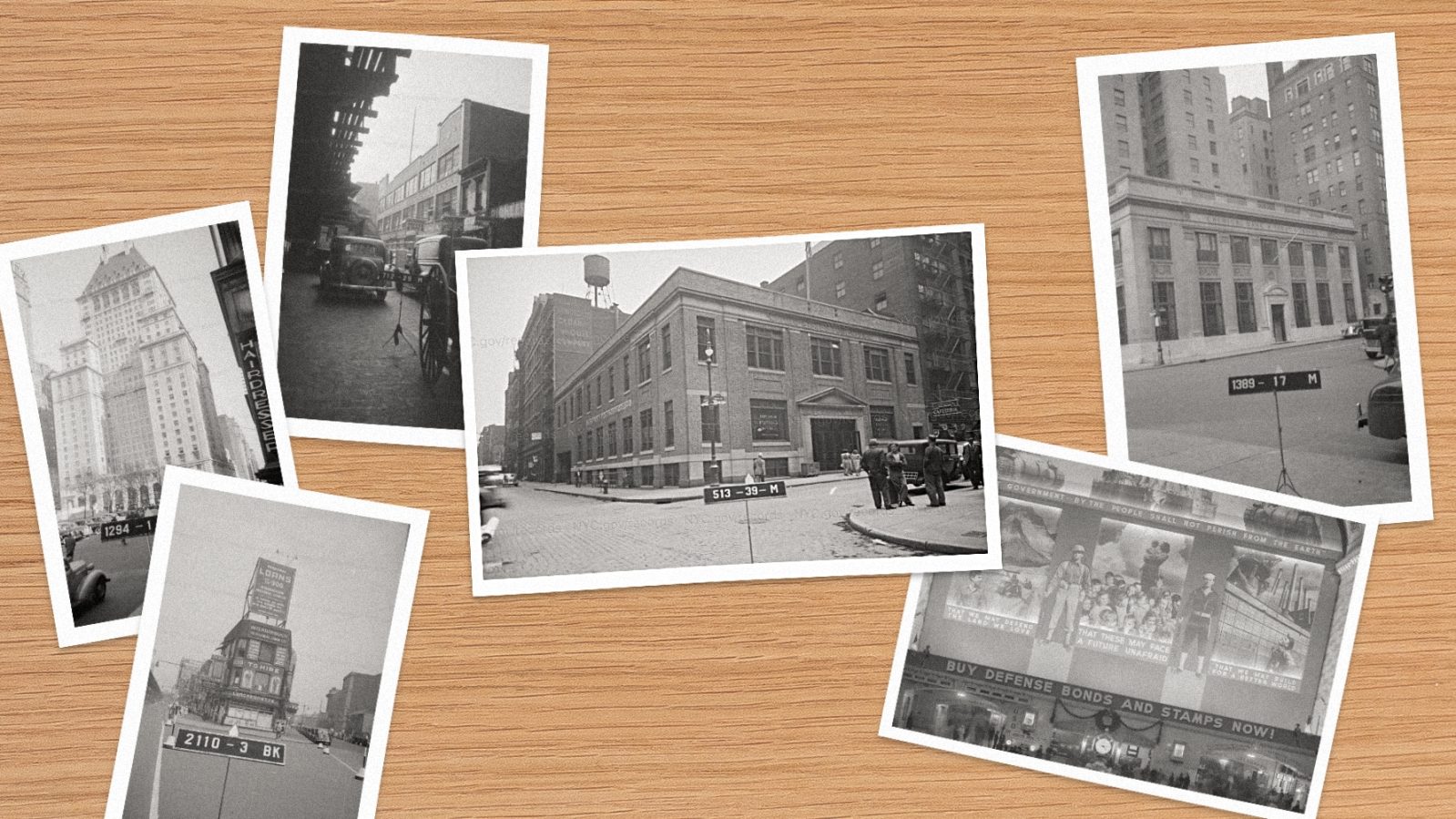 Long before the days of iPhone Photo Walks, the future sites of New York City’s Apple Stores were captured on film as part of a citywide project. Eighty years later, the photos offer unique insight into the history and neighborhood changes of your favorite stores.

The New York City Municipal Archives maintains a vast collection of tax assessment photos taken between 1939 and 1941. The archive documents the majority of the buildings present at the time in all five boroughs of New York City. By stitching the images together with nearly identical perspectives captured for Apple Maps Look Around, we can identify the city’s Apple Store sites as they appeared more than 35 years before Apple was founded.

Use the sliders below to compare each site’s 1940s look to modern times. Some of Apple’s historic storefronts appear nearly identical today alongside historical imagery. Other locations are unrecognizable, identifiable only by street address. What will these landmarks look like in another 80 years?

SoHo is home to Apple’s first store in New York City. The building was originally a United States Post Office. Apple and architects Bohlin Cywinski Jackson rebuilt the interior and opened it in 2002 as Apple’s largest store at the time. The store’s first major renovation came in 2012.

Before the glass cube (all three versions), 767 Fifth Avenue held a sunken plaza at the foot of the GM Building behind it. Before the GM Building, the site was home to the Savoy-Plaza Hotel, pictured above still standing in the 1940s.

New York City’s Department of Finance commissioned a second set of tax photos shot between 1983 and 1988. The later images capture the site of Apple Fifth Avenue after the GM Building was in place.

Apple’s space in the Meatpacking District of Manhattan was restored in 2007. 1940s imagery shows the former warehouse still occupied with industrial activity. The towering tracks on the left were the 9th Avenue El, which ended service in 1940.

Apple Upper West Side was a project of entirely new construction, but the Victoria’s Secret store it replaced wasn’t around in the 1940s, either. The site’s north end was once home to the The Alden (later called The Regency,) a classic movie theater that closed in 1999.

New York City’s tax photos didn’t capture building interiors, but Grand Central Station was photographed extensively in 1941 when the Farm Security Administration installed a gigantic defense bond photo mural across the terminal’s entire East Balcony. The staircase that leads to Apple’s space today was installed in 1995 to match the West Stairs on the opposite end of the station.

The United States Mortgage and Trust Company building at 940 Madison Avenue was completed in 1922. When the photo above was taken, the branch had become Chemical Bank & Trust Company. Prior to Apple’s extensive historic restoration, the building served as a VBH Luxury showroom.

Queens Center Mall didn’t open until 1973, and the lots it stands on were mostly vacant in the 1940s. A small Sunoco service station first occupied the corner of 59th Avenue and 92nd Street.

The site of Apple Williamsburg was once a nondescript warehouse that New York City’s tax cameras seem to have skipped over while assessing the city. The edge of the building is visible in a photo of a neighboring property, now demolished, at the intersection of North Third Street. Before Apple rebuilt the building, 247 Bedford housed The Bagel Store.

The triangular plot bordered by Lafayette Avenue, Flatbush Avenue, and Ashland Place was once a collection of small shops covered in signage to take advantage of the highly visible intersection. The lot was eventually reduced to surface parking and later redeveloped between 2015 and 2017.

For more history, check out 1940s.nyc and 80s.nyc to browse New York City’s tax photos on a map. Follow along on Twitter for daily Apple Store news.