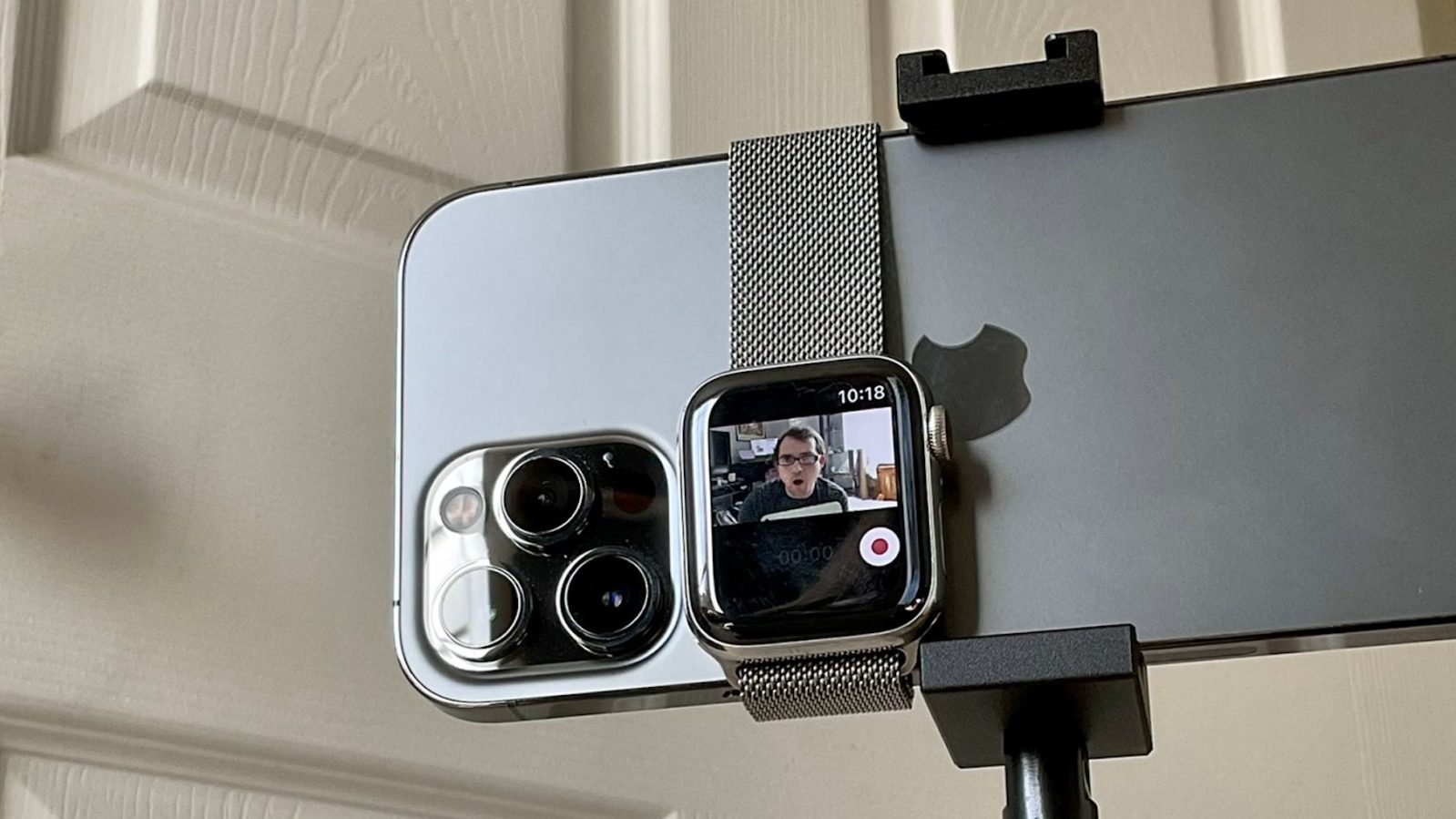 As pointed out by multiple viral posts on Twitter this week, the Apple Watch has a nifty feature that allows it to serve as a viewfinder and remote for your iPhone’s camera. Here are the full details on how this works, plus one alternative if you’re looking for a third-party solution.

This feature has actually been available on the Apple Watch since the device’s release in 2015, but it’s garnered more attention than ever over the last week. Here’s how it works:

Over the last week on Twitter, this feature has gone viral as users have showcased their ingenious methods for taking advantage of this feature. For example, Twitter user Jeff Roy showed off how he puts his iPhone into a mounting arm, then places the Apple Watch around the iPhone to use the viewfinder functionality.

While the Apple Watch supports its own Camera Remote functionality, you can also try out FiLMiC Pro’s implementation of the feature. For those unfamiliar, FiLMiC Pro is a popular third-party video camera app on the App Store. It costs $14.99 and offers a variety of other features in addition to support for using your Apple Watch as a video preview screen.

Also on Twitter this week, YouTuber Patrick Tomasso actually showed off how he uses the iPhone SE as a viewfinder for his iPhone’s camera with the FiLMiC Pro app and its support for remote start/stop and live video preview.

Have you ever used this feature on your Apple Watch and iPhone? Let us know down in the comments!