iPhone trade-in gets you twice as much as a comparable Android one, a year in 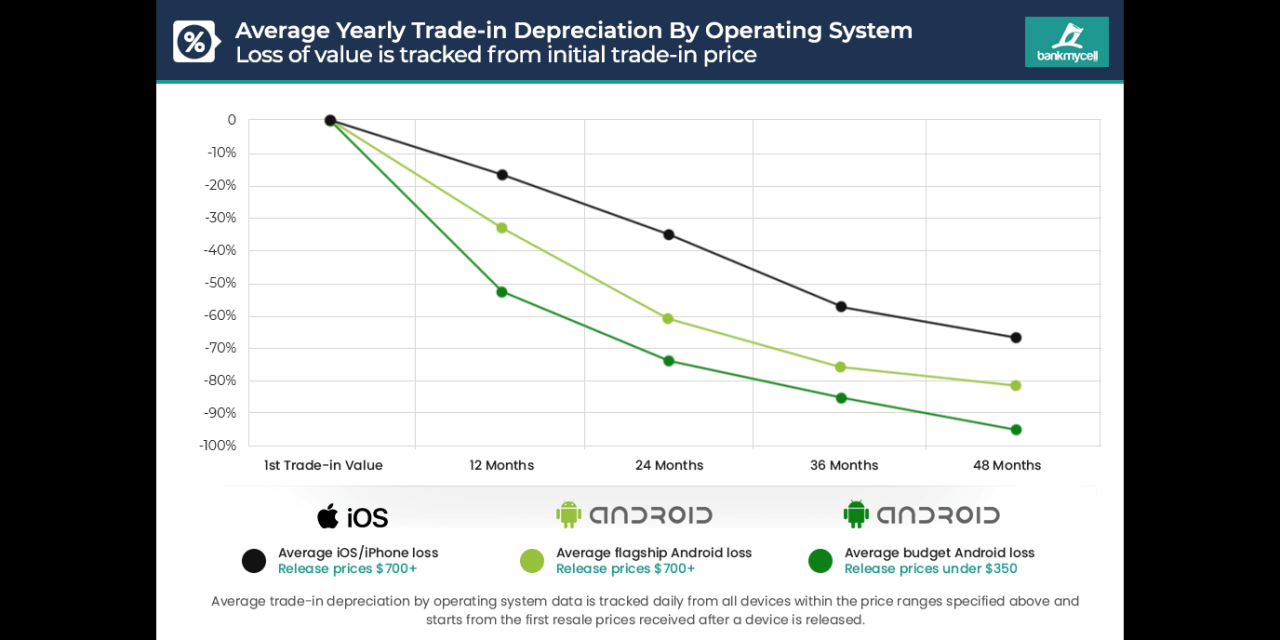 New data provided by a trade-in website shows that an iPhone trade-in gets you twice as much as trading in a comparable flagship Android smartphone a year after you bought it. Both comparisons are calculated as a percentage of the purchase price, to ensure that they are like-for-like …

The difference tails off slightly at two years, but the used iPhone is still worth very much more than the used Android phone.

The data below quotes the trade-in depreciation from the initial buyback price for a used iOS or Android device priced at $700 or over, then tracks its decline yearly.

After four years, the gap begins to close, with iPhones losing an average of -66.43% of their initial buyback value, compared with Androids -81.11%.

The difference grows even starker when you compare the resale value of brand-new, boxed, unused devices.

The report goes on to compare comparable Apple and Samsung models.