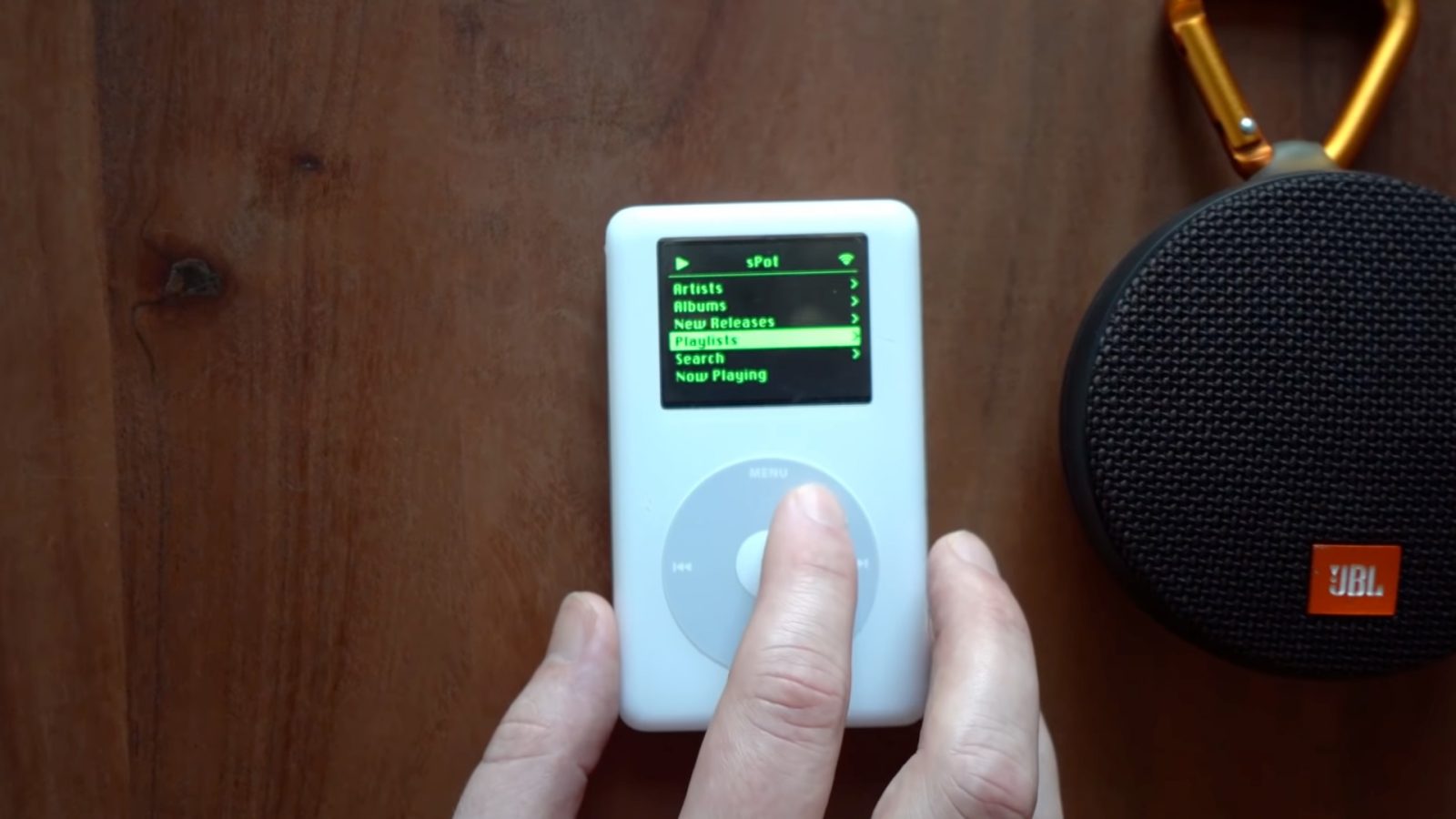 iPod touch is officially the only iPod Apple has ever released with Wi-Fi connection, but what if other older iPods also had an internet connection and access to streaming services? That’s exactly what developer Guy Dupont was able to do with his fourth-generation iPod, which was modified with built-in Wi-Fi and the Spotify app.

The fourth-generation iPod (and we’re not talking about the iPod touch) was introduced in 2004 with a really small display, Click Wheel, and no wireless connections. This hasn’t stopped Dupont from turning one of these iPods into a modern device — kind of — that can even access songs from Spotify.

In fact, there’s not much of the original iPod left in this modified device. That’s because the developer replaced almost all the internal components to achieve this, keeping just the original case with Click Wheel (via Engadget). Even so, the final result is quite interesting and fun to see.

The “sPot,” as called by Dupont, has Wi-Fi and Bluetooth connectivity, plus a color screen and an internal 1,000mAh battery. He used a $10 Raspberry Pi Zero W and a Micro-USB connector to create and install a version of Spotify (using Spotify’s official APIs) that resembles the classic iPod interface.

Dupont demonstrated the modified iPod running Spotify and sharing the audio with an external speaker via Bluetooth connection in a video on his channel, which you can watch below:

The project cost less than $100 in total, but the developer has no intention of selling modified iPods with Spotify. Instead, he shared more details about how he built the “sPot” on Hackaday and also the source code of the software he created on GitHub.

Although this doesn’t seem to be something many users will do with their iPods, it certainly makes me wonder what it would be like if Apple had offered new versions of iPod classic or even iPod nano with Apple Music support.

What do you think of the idea? Let us know in the comments below.