Space Gray HomePod unavailable from Apple website in US 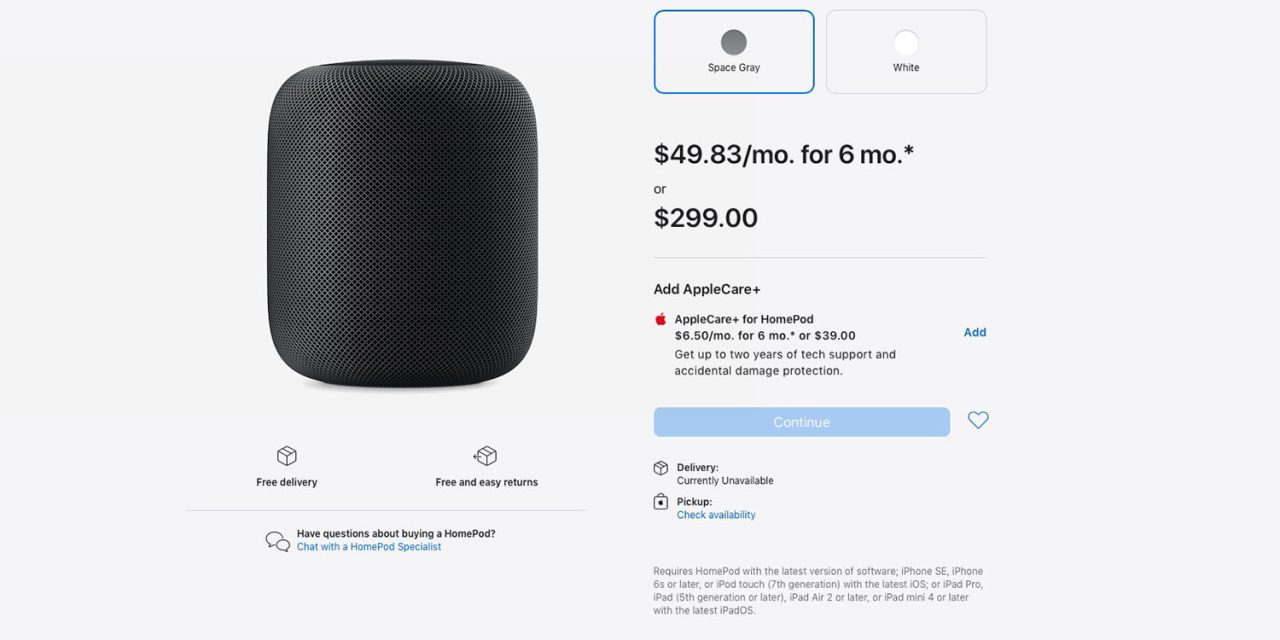 Apple’s US website shows the full-size Space Gray HomePod as unavailable at present. There is no option to place an order, while the white model remains available and is shown as in stock …

French site Consomac noted the unusual situation. Normally when stocks are low the website would show extended shipping times rather than lack of availability.

The site speculates that this could indicate an update in the works.

Often times, Apple’s most popular products have long lead times when supply struggles to keep up with demand. It is difficult to imagine this happening on the large model of HomePod, which has been in the catalog for nearly three years and which has always struggled to create widespread appeal . There is therefore something fishy. It may just be a supply glitch, but it’s also tempting to see the first signs of lower inventory here in anticipation of an upcoming review. After three years without technical development and the release of a HomePod mini… Apple could finally decide to update the product.

Sadly, this seems unlikely, as you’d expect that to affect both colors. Spot-checks on other Apple Store sites around the world also show both colors available, so the most likely explanation is some kind of supply issue in the US.

The full-size HomePod never really took off, as it suffered from inappropriate comparisons with low-cost smart speakers like Amazon’s Echo. As I’ve noted before, there’s no doubt that the device is expensive by smart speaker standards, but it’s remarkable value when instead compared to other speakers with the same kind of audio performance and features.

If you think of it as a highly sophisticated speaker system, using beam-forming technology that debuted in speakers costing five figures and only relatively recently made it into four-figure ones, then they are both impressively compact and surprisingly affordable.

I’m personally a fan of the full-size HomePod, and have six in total.