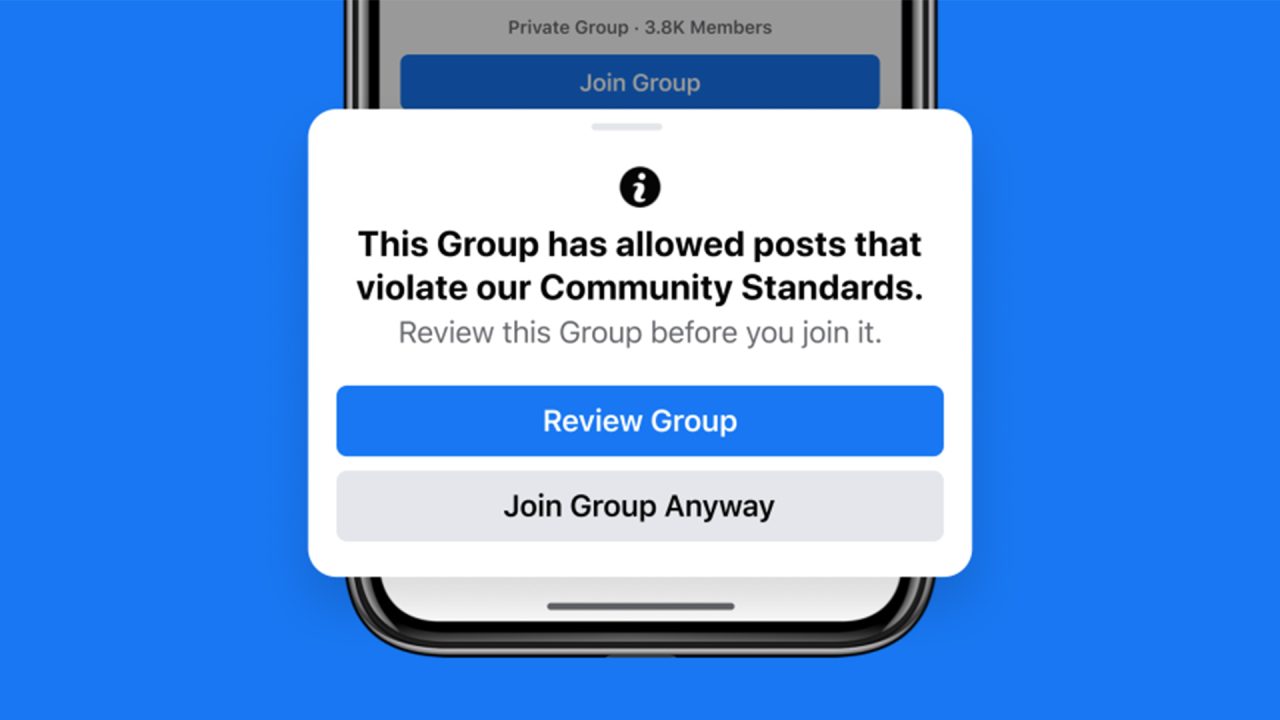 In a blog post, Facebook says it will start improving group recommendations while restricting the reach of rule-breaking groups and members.

As we work to make sure that potentially harmful groups aren’t recommended to people, we try to be careful not to penalize high-quality groups on similar topics. The tension we navigate isn’t between our business interests and removing low-quality groups — it’s about taking action on potentially harmful groups while still ensuring that community leaders can grow their groups that follow the rules and bring people value.

Facebook recently removed civic and political groups as well as newly created groups from recommendations in the US. Although it’s possible to invite friends to these groups or search for them, these restrictions are now expanding globally.

The company says that “when a group starts to violate our rules, we will now start showing them lower in recommendations,” which is a similar approach to the News Feed, where Facebook shows lower quality posts further down. When a user tries to join a group that has Community Standards violations, Facebook will prompt a warning, but it will still be possible to join the group.

Admins and moderators will also need to temporarily approve all posts “when that group has a substantial number of members who have violated policies or were part of others groups that were removed for breaking rules.”

Facebook also warns that if someone has repeated violations in groups, the user will be blocked from posting and commenting for a period of time in any group. These users also won’t be able to create new groups.

These new changes come to stop misinformation in topics such as Covid-19 while preventing another Capitol attack.