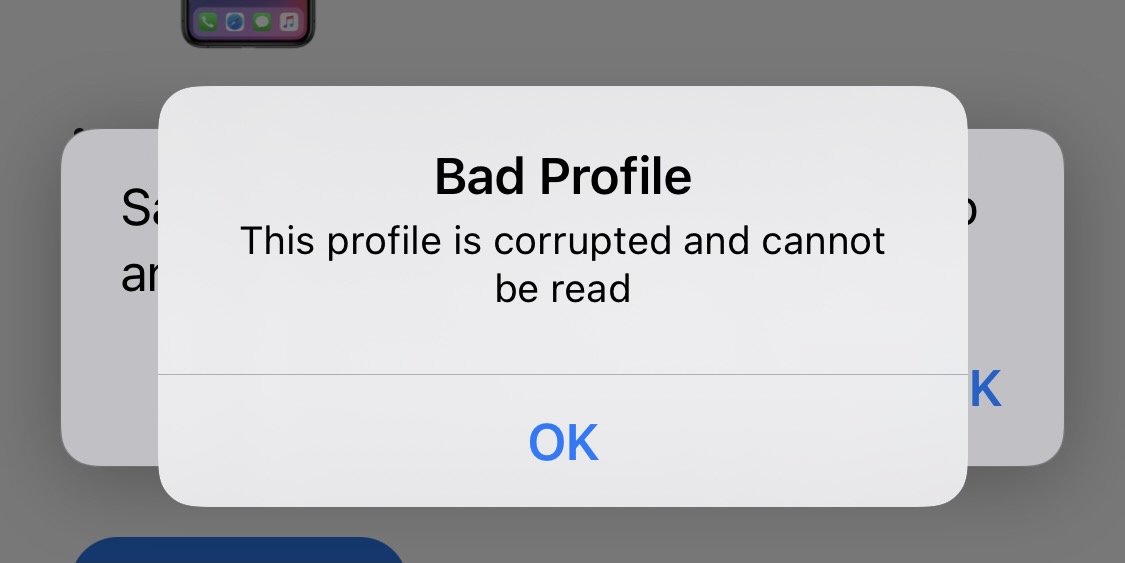 A temporary issue is preventing developers from downloading the latest iOS and iPadOS 14.5 beta and watchOS 7.4 beta today. The bug isn’t impacting the macOS developer beta or any of the public betas at this point.

A variety of users have shared on Twitter this morning that an error is preventing them from downloading the iOS 14.5 developer beta 6.

When trying to install the profile from Apple’s Developer website, the warning “Bad Profile” shows up and says “This profile is corrupted and cannot be read.” A final error message reads “Safari could not install a profile due to an unknown error.”

We’ve confirmed the issue and it appears to just be affecting the iOS and iPadOS 14.5 beta 6 and watchOS 7.4 beta for developers. We found the public iOS/macOS beta profiles are still downloading normally as well as the macOS 11.3 developer beta 6.

This shouldn’t impact anyone who already has the profile installed from seeing the beta 6 OTA show up.

iOS 14.5 beta 6 brings a couple of major changes with new Siri voices as well as a new battery recalibration feature for iPhone 11 devices.