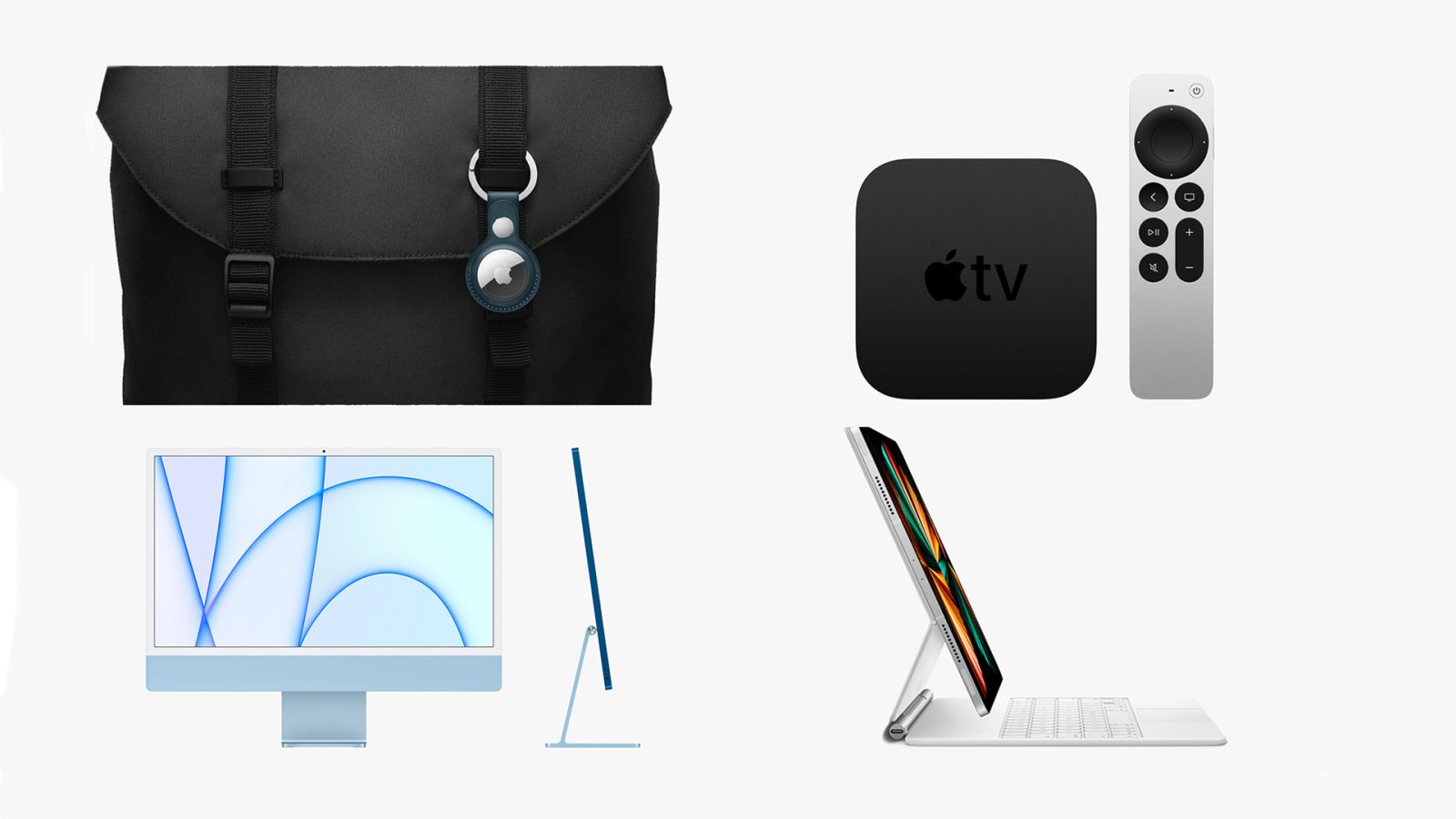 On Friday, Apple started accepting orders for the fifth-generation iPad Pro, the colored 24-inch iMac, and the second-generation Apple TV 4K. The company also started selling the purple iPhone 12 and its AirTag item tracker, did you order any of these products?

Last week, we conduct a number of polls to know if our readers were planning to buy some of these products, here’s what we discovered:

These were all products unveiled during Apple’s ‘Spring Loaded’ event. The New Apple TV 4K, for example, packs the A12 Bionic chip, with HDMI 2.1 support for a better 4K HDR experience. There’s also a new and hopefully better Siri Remote, which you can learn more about here.

The iMac lineup, for example, received its biggest update in over ten years. Now with seven different colors, it has the M1 chip with faster performance than its Intel predecessor.

The 24-inch iMac has a 4.5K Retina display, a 1080p FaceTime camera, and a matching Magic Keyboard, Mouse, and Trackpad. Apple also unveiled two options of the Magic Keyboard with embedded Touch ID.

Another product that received a big update was the iPad Pro. In its fifth-generation, the 12.9-inch model now has a mini-LED display, which provides much greater control of localized backlighting, allowing higher brightness and deeper blacks. The combination boosts the contrast ratio, as well as using less power.

With the M1 chip, the iPad Pro is up to 50% faster than the previous A12Z Bionic hip, has a Thunderbolt port over the USB-C connector, and 5G capabilities in the Cellular version.

All of these products are already available to order on the Apple Online Store and they will start arriving at customers’ houses in the second half of May, around May 21. Current orders, however, are backordered into June for many products.

Now, what we want to know is: did you order any of these products on Friday? Are you still planning to? Vote and tell us in the comment section below.