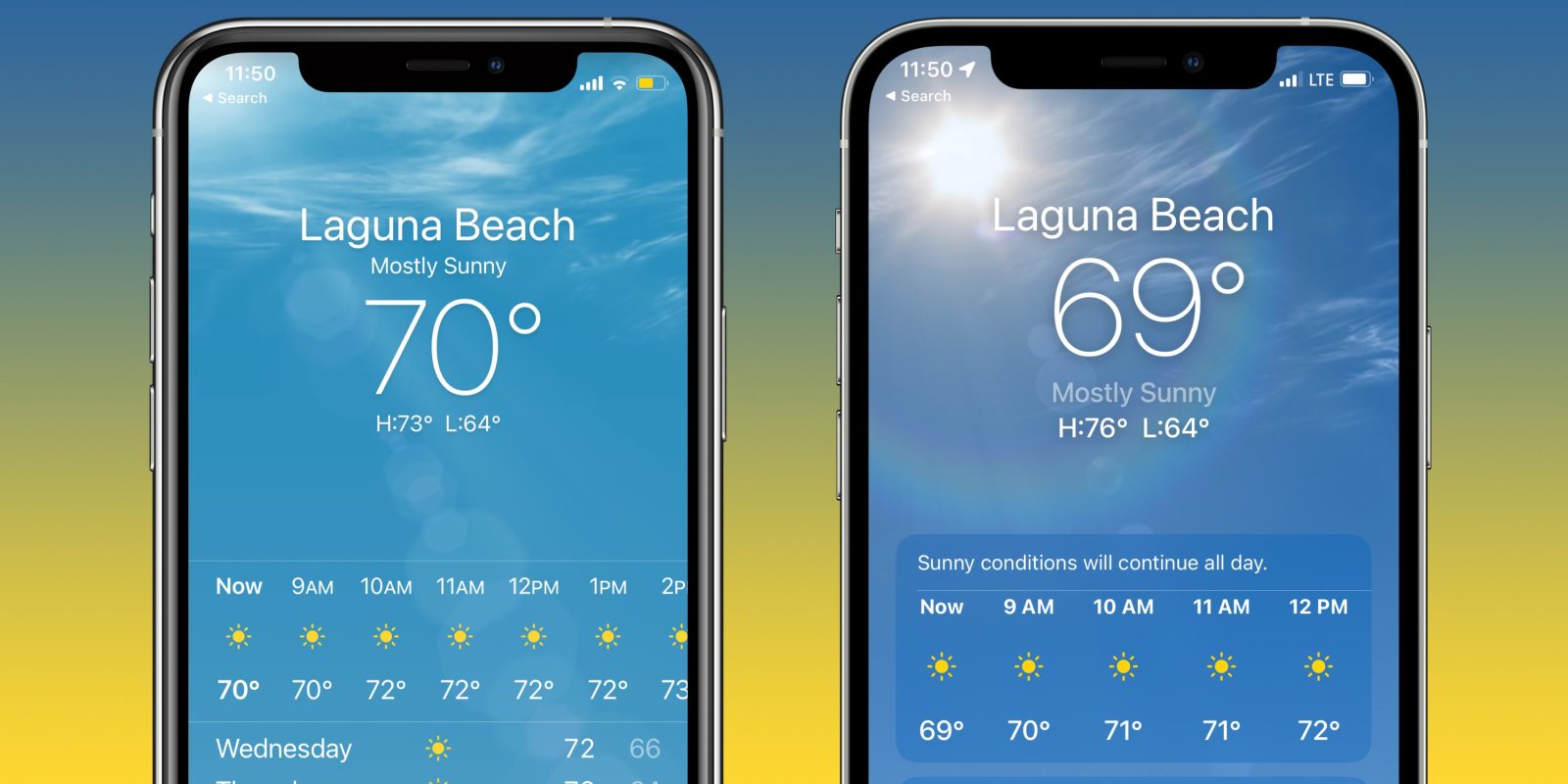 In a curious turn of events, iOS 14.6 and some earlier versions are preventing the temperature from showing as 69 degrees on iPhone in its default Weather app even if that’s the actual reading. Instead, the temperature is being rounded up or down to 68 or 70.

Update: Mentioned by my colleague Gui Rambo, one possible explanation could be an issue with converting from Celsius to Fahrenheit:

Discovered by The Verge, it’s not clear when the renowned number started being hidden in the iOS default Weather app but it did find a device running iOS 11.2.1 showing an accurate 69-degree weather reading.

Notably, the iOS 15 beta does show the number correctly. We tested it out and confirmed the findings shown in the image above with iOS 14.6 on the left rounding up to 70 degrees and iOS 15 beta 2 on the right showing the accurate 69 degrees.

As for iOS 14.6 and earlier that are rounding the number up or down, here’s what The Verge found:

It’s not clear if this is a bug or an intentional attempt from Apple to cut down on 69-related humor. The rounding is only visible in the weather app itself: clicking through to Apple’s source data from Weather.com will show the proper temperature, as does Apple’s home screen widgets.

The omission of 69 in the default Weather app includes the current temp, hourly forecast, and extended forecast. The Verge also found the Apple-owned Dark Sky displays 69 degrees with no glitch.

Interestingly, with 69 showing up in Apple’s Weather app widgets, it’s possible this is more of a glitch than an intentional move from Apple. The Verge reached out to Apple for comment on the matter, we’ll see if hear anything.