Apple engraving service bans 1,000+ words in China – and one number 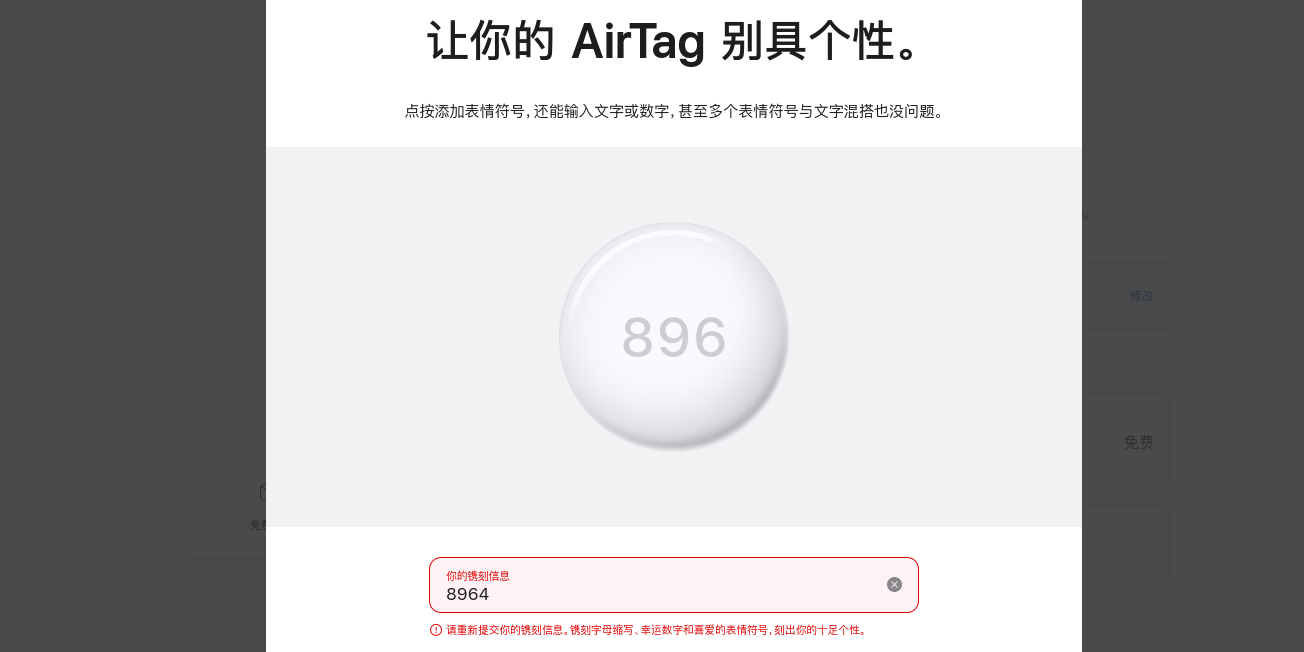 The Apple engraving service – available as a free option when ordering one of six product categories direct from Apple – has been accused of political censorship in China, Hong Kong, and Taiwan.

Apple aims to ban offensive words and phrases, and in the US bans 170 words. In China, however, the number of banned words and phrases is more than a thousand, and includes many political references…

Apple lets you engrave AirPods, AirTag, Apple Pencil, iPad, and iPod touch. The company doesn’t reveal the banned text, but Citizen Lab carried out tests to find out which attempts were rejected. It was able to do so because the Apple engraving website analyzes text as you enter it, character by character, and immediately flags unacceptable content.

The tests were carried out across six regions, revealing that Apple uses different APIs to validate the text in each of the countries tested. There was clear evidence of political censorship in China, with some of this extending to Hong Kong and Taiwan also.

The report gives examples of some of the banned terms.

In mainland China, Apple also widely censors references to news organizations. Some of these include references to news organizations that are critical of the Chinese Communist Party, such as 美国之音 (Voice of America), a United States funded media organization, or 大纪元 (Epoch Times), an outlet linked to the banned political and religious group Falun Gong. Others include Hong Kong based newspapers such as 南华早报 (South China Morning Post), a paper owned by Alibaba, and 明報 (Ming Pao).

Furthermore, Apple applies political censorship even to Taiwan, a region where the People’s Republic of China has no de facto governance. In Taiwan, in addition to in mainland China and Hong Kong, Apple censors references to the highest-ranking members of the Chinese Communist Party (e.g., 孫春蘭, Sun Chunlan, member of the Party Politburo and Vice Premier of China), historical figures (e.g., 毛主席, Chairman Mao), state organs (e.g., 外交部 , Ministry of Foreign Affairs). Many other keywords are broad references to the political-religious group Falun Gong such as FALUNDAFA and 法輪功 (Falun Gong). There exists no legal obligation for Apple to perform such political censorship in Taiwan.

Citizen Lab even found that the number 8964 was banned, as this is recognized in China as a reference to the date of the Tiananmen Square protests of June 4, 1989 (89-6-4).

The report says what is particularly troubling is that Apple is going beyond what is legally required, and appears to have just blindly applied keywords used by local companies.

We present evidence that Apple does not fully understand what content they censor and that, rather than each censored keyword being born of careful consideration, many seem to have been thoughtlessly reappropriated from other sources. In one case, Apple censored ten Chinese names surnamed Zhang with generally unclear significance. The names appear to have been copied from a list we found also used to censor products from a Chinese company.