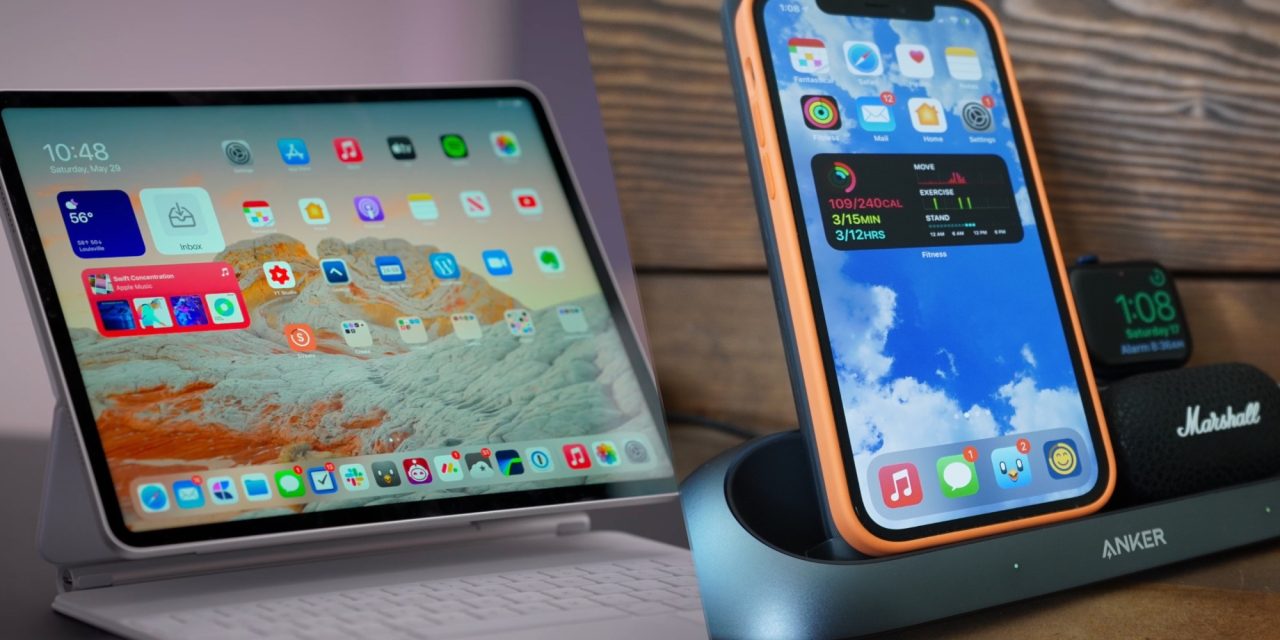 Following all of the Labor Day discount action, we’re now back with all of the other best deals today, headlined by an Amazon low on the 12.9-inch M1 iPad Pro at $100 off. That’s alongside a pre-paid iPhone 12 discount and an exclusive Anker iPhone charging station sale. Hit the jump for all that and more in the latest 9to5Toys Lunch Break.

Amazon now offers Apple’s new M1 12.9-inch iPad Pro Wi-Fi 128GB for $999. Amounting to $100 in savings alongside an all-time low, this is still one of the first overall discounts on the latest flagship iPadOS device from Apple that matches our previous mention from back in July. You can also carry those same savings over to the 256GB model, as well.

Arriving with a 12.9-inch display and all of the flagship specs you’d expect from the iPad Pro lineup, Apple’s latest device arrives powered by the new M1 chip for the first time. Matching its Mac counterparts on performance, it also now arrives with a Thunderbolt port that’s supplemented by Wi-Fi 6 connectivity. Not to mention, the most notable upgrade this time around in the form of an all-new Liquid Retina XDR display with 1,600 nits of peak brightness and ProMotion 120Hz refresh rate. That’s on top of all of the usual features like Apple Pencil support, Face ID, and 256GB of storage. Dive into our hands-on review.

Visible Wireless is currently offering an unlocked pre-paid iPhone 12 64GB bundled with a $200 Mastercard gift card for $600. Normally you’d pay $799 for the handset alone, with the added promotion bringing the total savings up to $399. You’ll need to port over a phone number and then stay subscribed to the service for three months to lock in the sale.

With Apple’s annual September event likely right around the corner, it won’t be long before we get a first look at the iPhone 13. In the meantime, this price cut delivers a notable chance to score one of the most enticing offers yet on Apple’s latest release. Sporting a classic squared-off design, the iPhone 12 arrives with a 6.1-inch Super Retina XDR display, 5G connectivity, and A14 Bionic processor. Get a closer look in our hands-on review.

Anker is now partnering with 9to5Toys to offer our readers an exclusive discount on one of the brand’s latest accessories. Via its official Amazon storefront, you can now score the all-new Anker PowerWave Go 3-in-1 Charging Stand for $153. Having launched back in July, this is marking the very first discount on the recent release with 15% in savings and a new all-time low.

Arriving as the most capable charger from Anker yet, its new PowerWave Go packs in three different ways to refuel the devices in your Apple kit. Powered by one of the new 45W Nano II GaN chargers, it can handle charging up your iPhone, Apple Watch, and AirPods at the same time. Dive into our hands-on review for a closer look. Living up to its Go naming scheme, Anker’s new flagship charger sports a main upright 10W Qi charging stand that also doubles as a 10,000mAh power bank. That then pairs with a secondary 5W Qi pad that’s designed to cradle your AirPods while wirelessly refueling them. And to round out the package, there’s an Apple Watch charging puck that fits into the USB-C port on the dock itself as well as the power bank for topping off at home or while on the go.

Amazon is now offering the Twelve South MagSafe BookBook for iPhone 12/Pro at $59. Marking one of the first notable discounts we’ve seen, today’s offer amounts to 15% in savings, is $1 under our previous mention, and a new all-time low. Delivering a full-grain leather build and folio form-factor that turns your iPhone 12 series device into a vintage book, Twelve South’s BookBook Case arrives with room for four IDs or bank cards. That’s alongside a 2-piece design that has the outer folio magnetically snap onto an inner case with passthrough MagSafe compatibility. You can learn more in our hands-on review.

Amazon now offers the Samsung 27-inch M5 Smart AirPlay 2 Monitor (2021) for $220. Having just launched at the start of August with a $250 price tag and still usually fetching as much, today’s offer amounts to only the second notable price cut and a new all-time low at $30 off. As the latest addition to the Samsung M series monitor lineup, its recent release arrives with all of the same smart functionality as before but in a new white finish. Everything is centered around a 27-inch 1080p panel which pairs with built-in streaming media access, AirPlay 2, and more. Onboard Bluetooth lets you pair a mouse and keyboard right to the M5 monitor, and a pair of dual HDMI ports round out the package for hooking up your own devices.