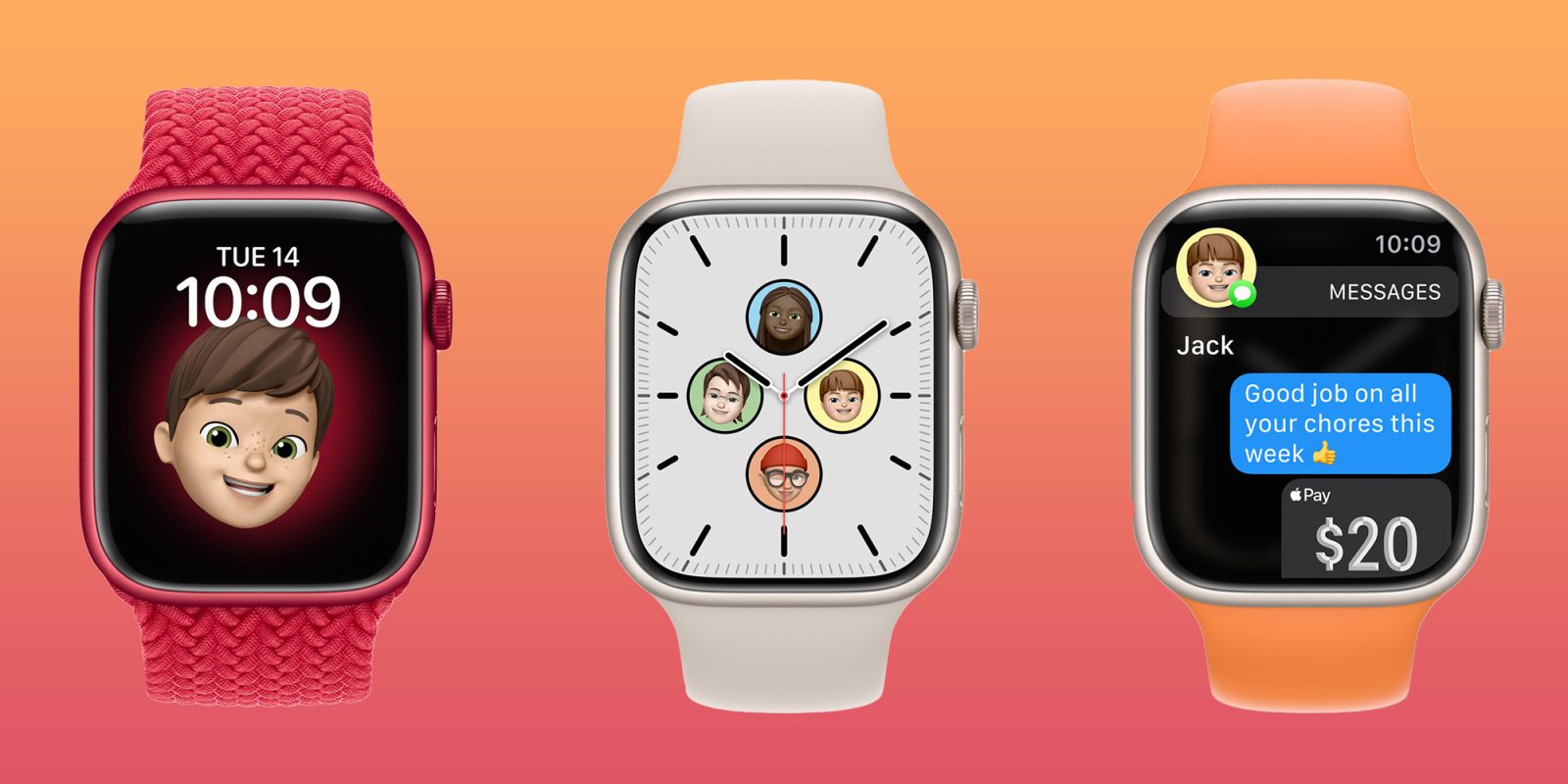 While Apple left a lot unknown in the lead-up to Apple Watch Series 7 pre-orders opening this morning, it has now published its usual in-depth details on the new wearables. New tech spec and comparison pages on Apple’s website offer a closer look at the Series 7 and its differences (and similarities) when compared to the Series 6.

First off, Apple has confirmed the size and weight of the Apple Watch Series 7, which had been a common question, given the larger 41mm/45mm sizing. Here’s how the weight specifications break down by model this year.

So as you can see, the Apple Watch Series 7 is slightly heavier than the Series 6 across all configurations and materials. This is unsurprising, given the larger display.

In terms of thickness, the Apple Watch Series 7 is identical to its predecessor, with the new 41mm measuring in at 10.7mm thick and the 45mm model measuring 10.7mm thick.

Reports have said that Apple continues to work on new health technology for the Apple Watch, as well as improvements to existing features, but none of those have manifested in this year’s Series 7.

The biggest selling point of the Apple Watch is the new display. Here are the full measurements.

Apple says that the Series 7 charges up to 33% faster than the Series 6, and that eight minutes of charging can give you enough battery for eight hours of sleep tracking.

In the box with your Apple Watch Series 7, you’ll get a new USB-C charging cable capable of fast charging, but you’ll need to supply your own charging brick. Apple says that its charging stats are based on tests conducted with an 18W USB-C charger.

The Apple Watch Series 7 will start at $399 for the entry-level 41mm aluminum model with GPS connectivity. The first orders will arrive in one week, on Friday, October 15.

If you’re looking for the full details on what’s new with the Apple Watch Series 7, and how it compares to its predecessors, check out our in-depth comparison.