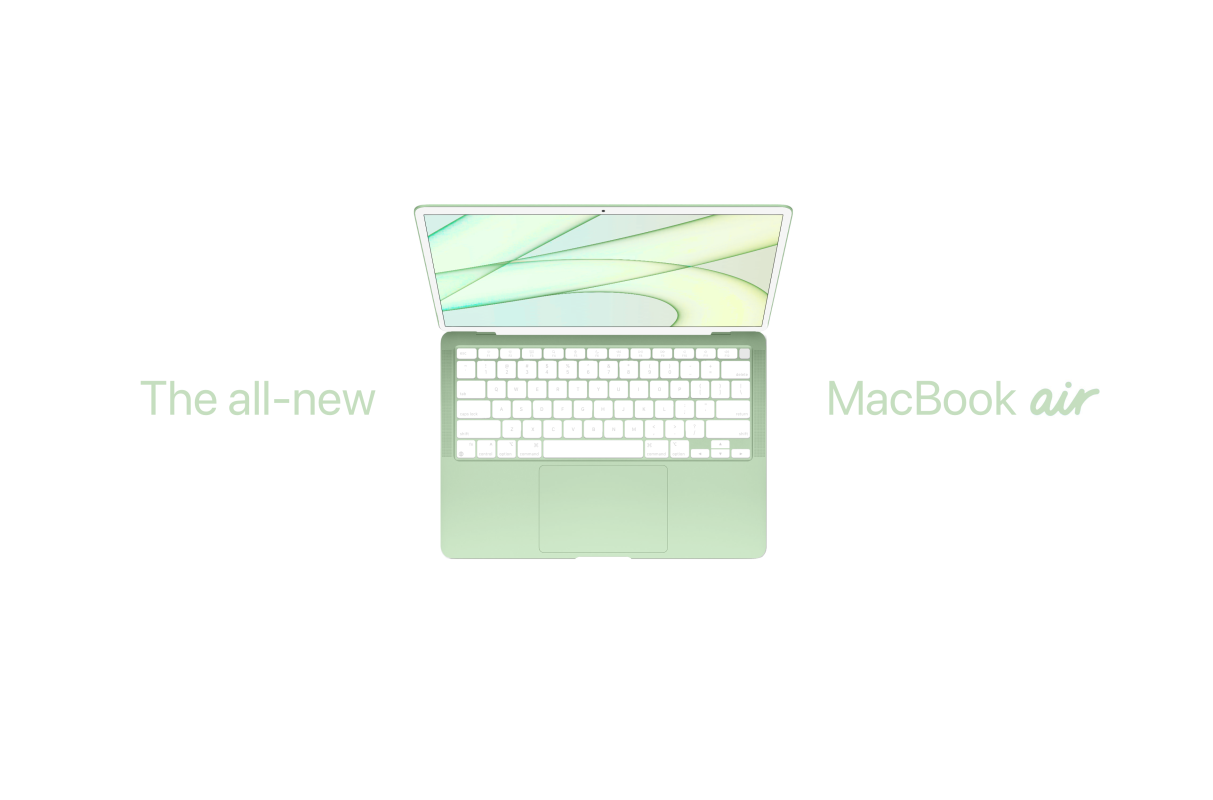 After the “Unleashed” event where Apple introduced the new MacBook Pro, rumors have now turned their attention to the 2022 MacBook Air. Today, reliable leaker Dylandkt shared details about what people should expect from the next MacBook Air.

According to Dylan, the upcoming MacBook Air, which could also be called simply “MacBook,” will be released in the middle of 2022. Like the new MacBook Pro, this machine will feature a MagSafe connector, a 1080p webcam, USB-C port, a 30W power adapter, and no fans.

This new MacBook Air is set to feature similar color options to the 24-inch iMac, while the bezels and keyboards will be “an off-white with full-sized function keys.”

While it was expected that the MacBook Pro would lose the Touch Bar, there is not much to add about function keys, as the MacBook Air never adopted the Touch Bar to begin with. Dylan shared a few more details about the design of this new computer:

About its display, Dylan says mini-LED is likely, although he can’t confirm yet whether this machine will have a notch or not. Regardless, the new MacBook Air won’t feature ProMotion, Face ID, an SD card slot, a tapered design, or HDMI, according to the report.

For its starting price point, Dylan expects Apple to increase it “slightly.” Currently, the 2020 MacBook Air starts at $999, half the price of the New MacBook Pro.

A few months ago, YouTuber Jon Prosser shared also corroborated some of the things Dylan is now bringing. For example, Prosser said this computer would be available in an array of colors, it would feature a white keyboard with white bezels, and two USB-C ports. He also said this machine could be called MacBook Air or simply MacBook.