‘First Apple Watch’ from 1988 up for auction, the Seiko WristMac 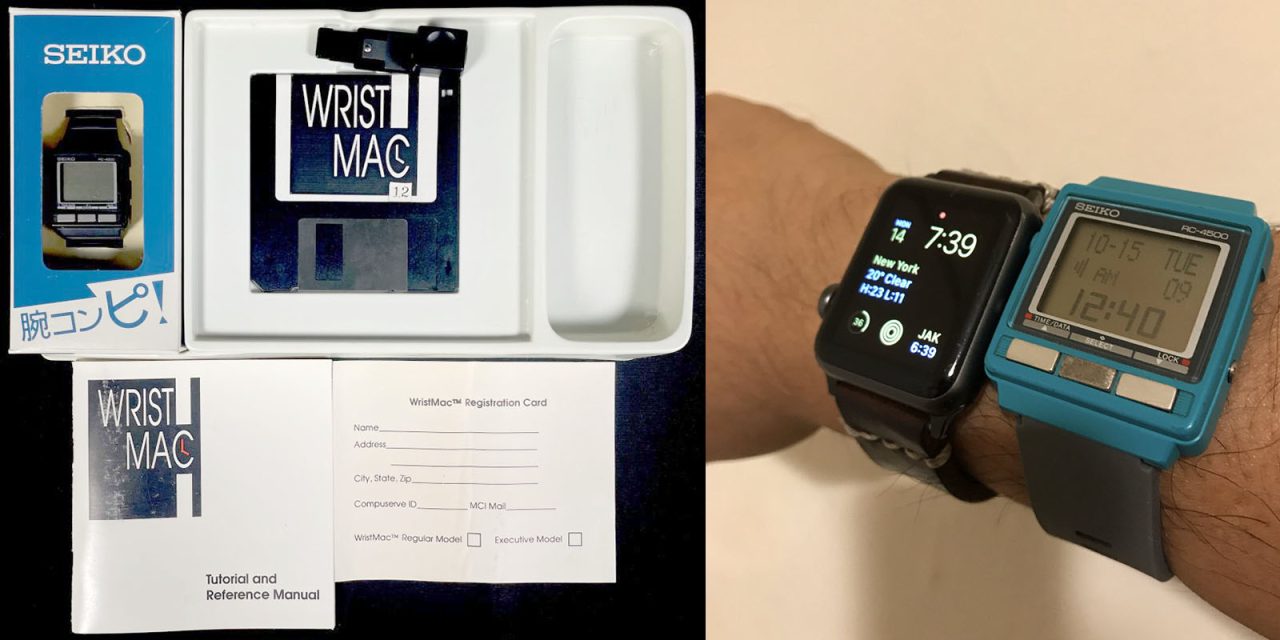 A Seiko WristMac – what an auction house is referring to as the “first Apple Watch” – is up for auction. The device was sold in 1988 as an early Macintosh accessory …

The auction is being run by Comic Connect, which, as the name suggests, mostly specializes in selling comics.

This 1988 Wrist Mac comes in its original packaging and has never been sold in the over thirty years since its first release. The box advertises the revolutionary features of the watch, and contains the original sticker noting the Serial Number (70216).

This is an extremely rare and obscure piece of tech history, and an incredible find for collectors, investors, and Apple fans. It has rarely been seen since its inception over 30 years ago, and it will likely be years before another one comes to auction anywhere. This is a can’t-miss piece of computer history.

“Obscure” is right, but the WristMac (though not this actual example) does have one cool piece of history.

When the astronauts aboard the Atlantis Space Shuttle sent the first email from space on August 28, 1991, they wore WristMac watches to coordinate with the Macintosh Portable and Apple Link software aboard the shuttle.

The supplied photo is terrible, but appears to be a black model. Pinot Ichwandardi tweeted a much better photo of a blue model (above), seen next to an Apple Watch.

Bidding starts at $1, there’s no reserve, and no guide price. The auctioneers optimistically point to high values of some early actual Apple devices, but personally I’d be surprised if this one breaks four figures. Surprised with tinges of regret, as I sold mine after just a few months of use …