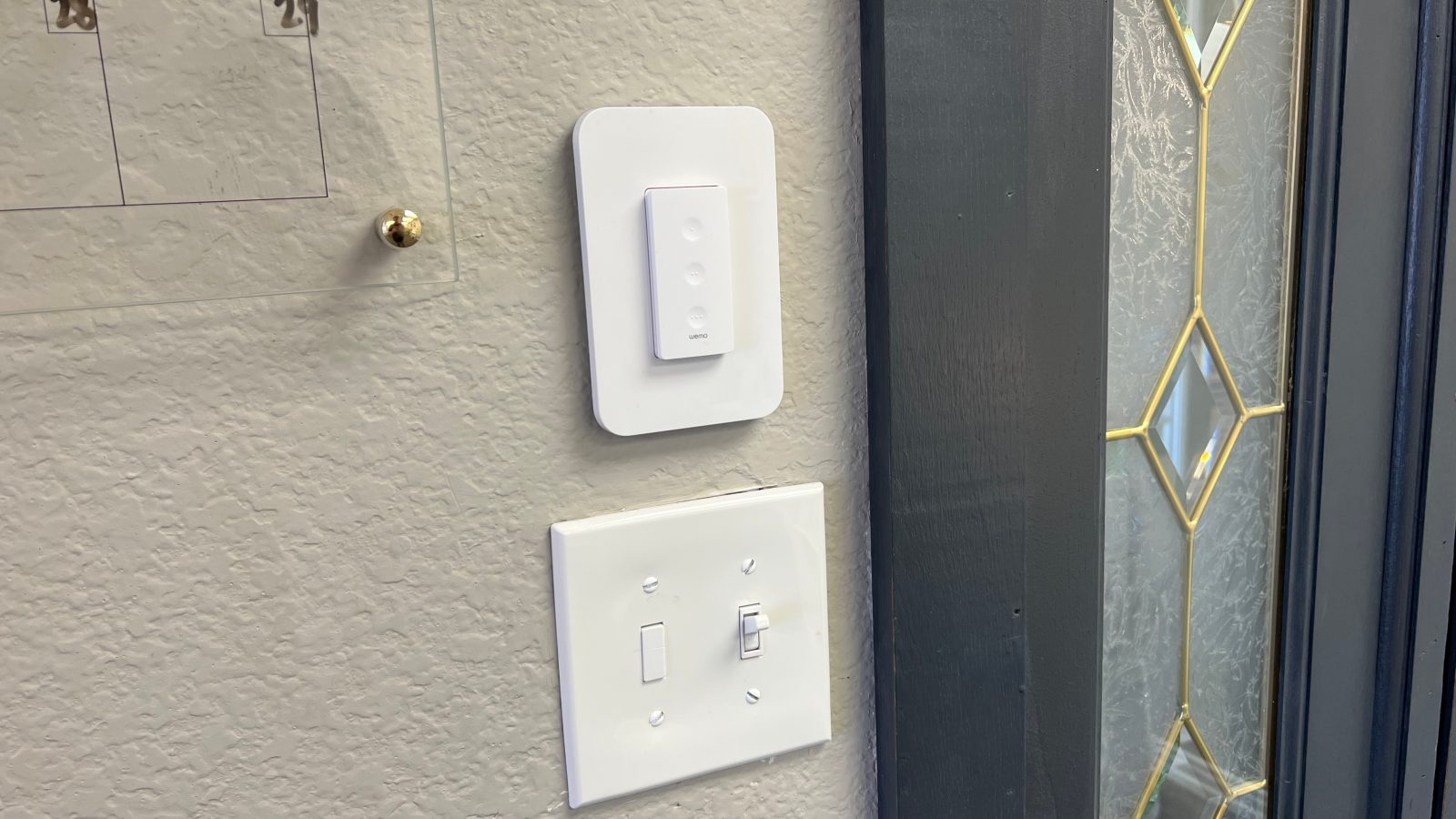 In my never-ending quest to craft the perfect HomeKit smart home, I’ve realized that one key is a combination of smart controls and physical controls. One of the most recent additions to my setup for this is the Wemo Stage Scene Controller, which was announced last April, but recently much more reliable thanks to its adoption of Thread.

I got my hands on the the Wemo Stage Scene Controller when it was first announced last April, but it quickly became apparent that it wasn’t quite ready for primetime. In fact, the experience was so buggy and unreliable that I decided against covering it in a review for 9to5Mac. It just wasn’t reliable enough to warrant a recommendation.

Last month, however, Wemo started the process of rolling out Thread support to the Stage Scene Controller. For those unfamiliar, Thread is a newer smart home standard that uses a mesh network protocol to connect all of your smart home accessories together. It doesn’t require any sort of hub connected to your router.

Thread can also be retroactively added to most smart home accessories via a software update, and that’s exactly what Wemo has done. And thankfully, Thread support has now converted the Wemo Stage Scene Controller from a dud to a must-have smart home accessory.

The Wemo Stage Smart Controller features three physical buttons and supports up to nine different HomeKit scenes or combinations of accessories. You can assign three HomeKit scenes to each button; one is activated via a short press, one via a double-press, and the other via a long press. This gives you quite a bit of versatility when it comes to choosing which scenes you want to control.

The physical design of the Stage Scene Controller is also versatile. In the box, you’ll find a faceplate that you can mount to something like a wall or a table using built-in adhesive strips. The actual Stage Scene Controller then magnetically attaches to that faceplate, or it can be used completely on its own as a handheld remote.

The Wemo Stage Scene Controller is completely battery-powered, using an easily-replaceable CR2032 battery. Wemo says the battery should last for around a year.

The Wemo Stage Scene Controller works exclusively via HomeKit and via the Home app, which means you don’t have to fiddle with the Wemo app at all. You can assign scenes to the buttons directly in the Home app. In practice, it’s nice not to have to use another app to manage the Scene Controller, but this did mean there was no way to force the Scene Controller to update its firmware. Instead, I basically had to wait around for several weeks for the update to roll out to me and install in the background.

As I said at the start of this piece, one of the keys to a successful smart home setup is that accessories are controllable in three ways: via your iPhone, with voice, and via physical controls. Long-time readers of 9to5Mac will know that I’m a huge fan of the Lutron Aurora, which integrates with Philips Hue bulbs to solve one of the biggest annoyances of a Philips Hue smart home by adding a physical control option.

Wemo Stage Scene Controller is the perfect addition to a HomeKit setup and serves a similar purpose. You can put the Stage Scene Controller in an area where it’s prudent to have physical access to control lighting and scenes, such as a guest room or guest bathroom. Additionally, its versatile design and control options makes it an attractive option for HomeKit users.

For me, I’ve placed the Wemo Stage Scene in my office and opted for a relatively simple setup where a single-press simply turns out my lamps and accent lighting.

With support for up to nine different controls, it can get a bit convoluted remembering which scene, accessory, or combination of accessories is assigned to which button. The good news is that you can opt for a simpler setup where each button activates a single scene or accessory. It’s completely up to you.

The Wemo Stage Scene is available to order for $49.99 from Amazon or the Belkin website. This is a pretty reasonable price point when you consider how versatile the accessory is.