PSA: There’s a ‘New iCloud Terms & Conditions’ bug on the Mac – and you can’t do anything about it 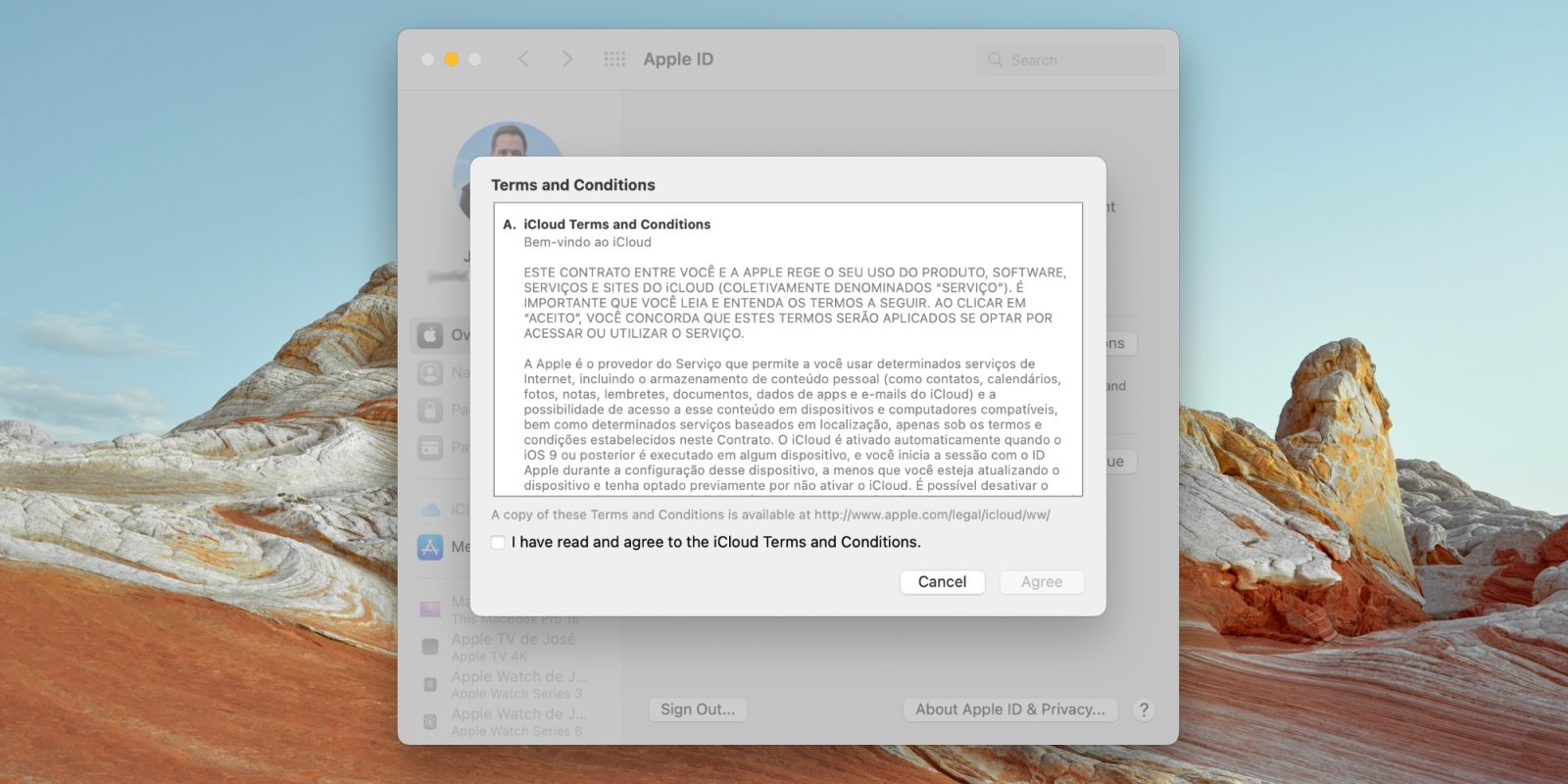 For the past few weeks, some users have been complaining about a “New iCloud Terms & Condition” bug that needs you to accept iCloud’s terms and conditions over and over again.

It’s unclear why this bug keeps occurring, but for most people, it comes from time to time. One day, you’ll be using your Mac and it’ll appear this little notification asking you to accept iCloud’s terms and conditions. For me, personally, Apple also keeps asking for my Apple ID credentials, but once I agree to enter them again, the message disappears.

As it appears, this bug occurs with M1 and Intel Macs, running stable and beta versions of macOS. For now, it doesn’t seem to interfere with how you use the Mac, but it’s an annoying notification that looks like you’re missing something.

Although I haven’t seen reports about this bug on iPhone or iPad, I’m also struggling with this bug on the Apple TV, which asks me to agree with the new iCloud Terms and Conditions, but it doesn’t display anything – and interrupts whatever I’m watching.

While there isn’t a workaround, except agreeing with the terms over and over, it’s important to note that in the past few weeks Apple had serious issues regarding iCloud, with some services offline for hours.

To me, it seems like Apple hasn’t fixed all iCloud instabilities. On the software side, I’m running the second beta of macOS 12.3, and the regular version of tvOS on my Apple TV and this New iCloud Terms and Conditions bug doesn’t go away.

Are you experiencing the same issue? Were you able to fix it? Share your thoughts in the comment section below.