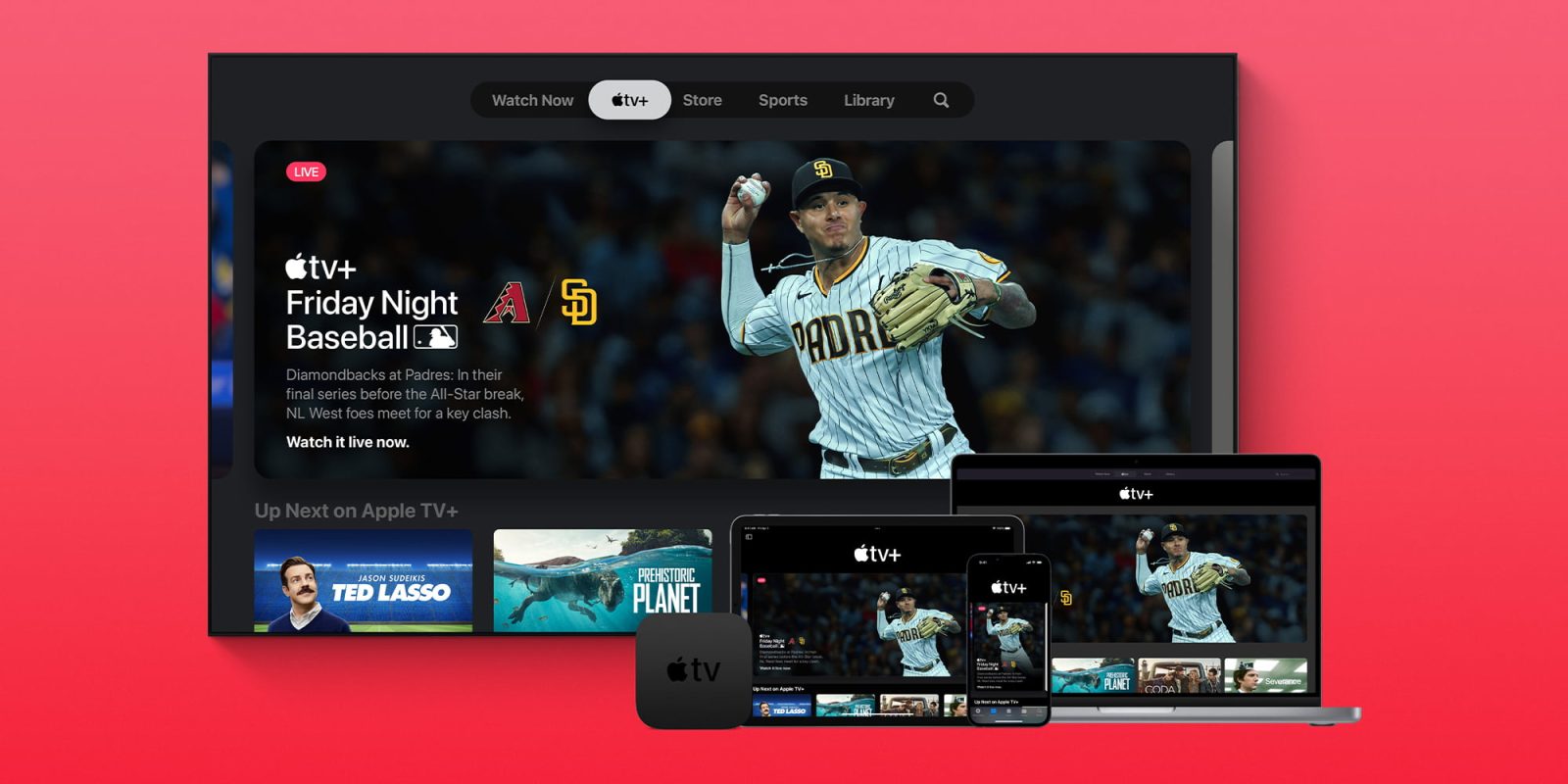 Apple TV+ and Major League Baseball are announcing the Friday Night Baseball September schedule. As of now, games continue to be free and available to anyone with internet access through the TV app – or its website – via the Apple TV+ service. In addition, more countries can now access Baseball game matches.

Apple says Colombia, the Dominican Republic, Germany, and Italy now have access to Friday Night Baseball games. Its live pre- and postgame coverage will continue to be hosted by Lauren Gardner, along with a rotating group of analysts and former MLB players, including Carlos Peña, Cliff Floyd, and Yonder Alonso, and former MLB umpire Brian Gorman will continue to offer rules analysis and interpretation.

Fans can access Friday Night Baseball games and additional content, including new exclusive programs such as Countdown to First Pitch for a preview of the week’s matchups, and MLB Daily Recap, only in the Apple TV app.

Friday Night Baseball games are available to anyone with internet access across devices where Apple TV+ can be found, including on the Apple TV app on iPhone, iPad, Mac, Apple TV 4K and HD, and on tv.apple.com, along with smart TVs, gaming consoles, and cable set-top boxes.

You can find the schedule below. It’s not clear when Apple will make the matches exclusive to TV+ subscribers, but 9to5Mac will let you know once it changes.