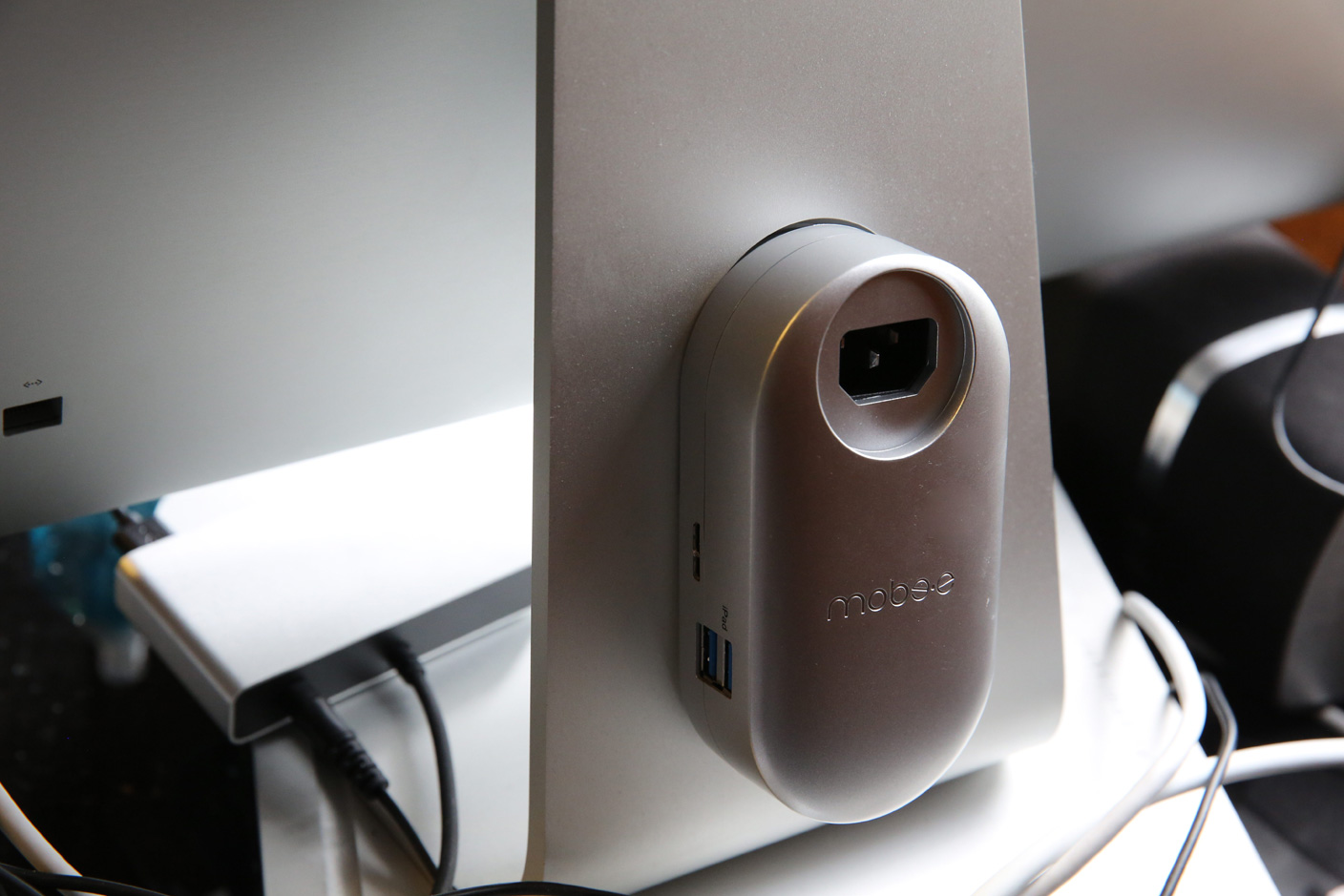 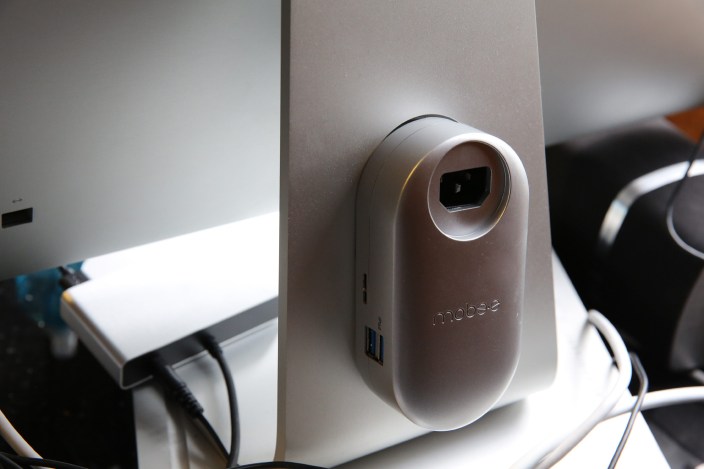 USB hubs are often hard to tell apart from one another: the Moshi iLynx 3 I reviewed here in February was the rare hub that actually matched the silver metal and black plastic look of the Macs it was designed to be used with. After an extended post-announcement delay, long-time Mac accessory maker Mobee Technology has finally released an alternative that uses two cool tricks to stand apart from all of its rivals: the Magic Hub ($50).

Five inches tall, 2.6″ wide and around 2″ thick, the Magic Hub is the first USB hub designed such that its physical characteristics are all but irrelevant. Mobee’s concept is to completely hide the Hub behind your iMac, filling the hole Apple left in the iMac’s stand using a screw-on clamp and a pass-through wall power port. Rather than requiring its own wall outlet for power, it hijacks the iMac’s power cable and passes power through both itself and your computer, powering four USB 3.0 ports in the process. If that sounds cool, read on… END_OF_DOCUMENT_TOKEN_TO_BE_REPLACED