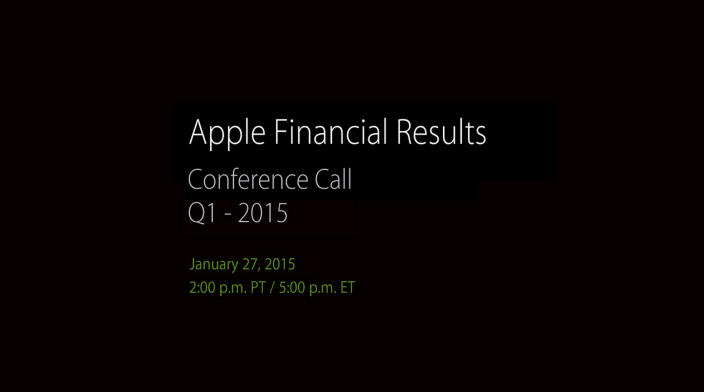 Apple has just announced its fiscal Q1 2015 earnings call will take place on January 27 to report earnings for the three months ending in December of last year.

As always, Apple will be hosting a conference call with investors and press and will also live stream audio from the call on its website.

Year-over-year, Apple will be looking to beat its Q1 2014 report that included $57.6b in revenue on sales of 51m iPhones, 26m iPads, 4.8m Macs, and 6m iPods. As is the case every year, quarter to quarter the company should see a bump in earnings helped significantly by a rush of sales from the Black Friday and Christmas holiday shopping season.

Apple’s Q1 2015 earnings call is scheduled to take place at 2:00pm PT/ 5:00 pm ET later this month on January 27. A live broadcast of the call will be available on Apple’s website.