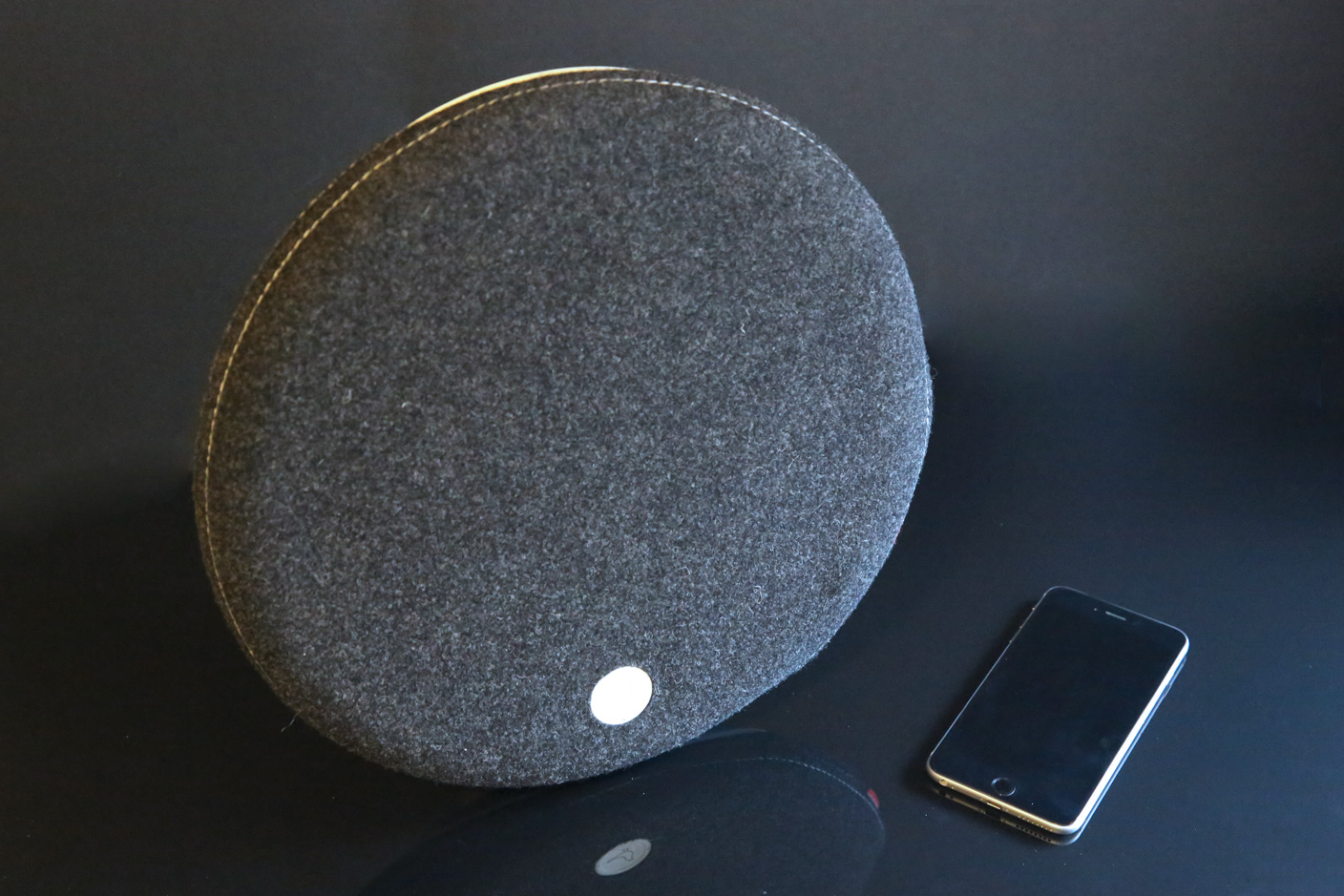 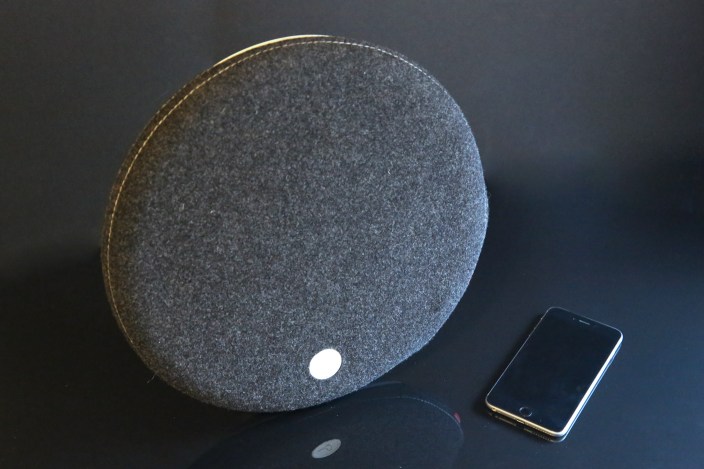 AirPlay isn’t dead as a wireless speaker standard, but it’s not exactly healthy: many models have been discontinued, and new releases have all but stopped. Having previously gone all-in with AirPlay, Danish designer speaker maker Libratone is now rolling out updated versions of its circular Loop, tube-shaped Zipp, and triangular Live systems that augment AirPlay rather than ditching it. The new Libratone Loop ($500) modestly tweaks the prior version to add Bluetooth 4.0 support — a feature that radically increases Loop’s compatibility. Though its high price tag will continue to keep this model out of reach for most consumers, long-awaited and substantial discounts on the prior-generation models (Loop here, Zipp here, Live here) may bolster their appeal.

Having tested the new Loop, my personal feelings are mixed: I applaud Libratone for consistently releasing speakers that look distinctive, working both as design objects and audio systems, but the MSRPs remain somewhat hard to justify given the sonic performance… 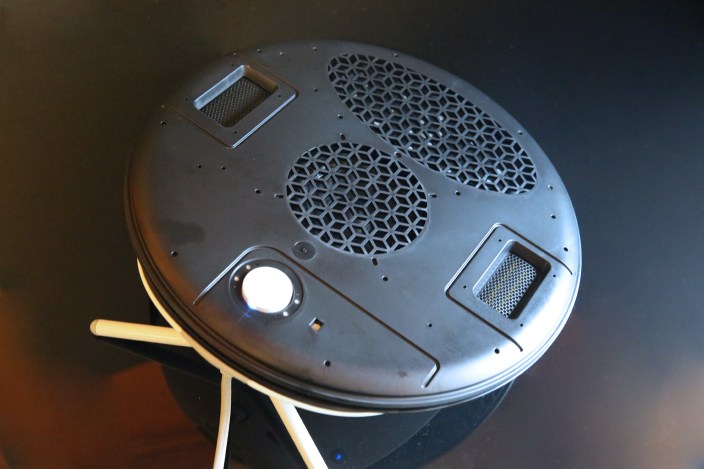 Covered with wool on the front and plastic on the back, Loop’s chassis hides a total of four speakers: two 1″ box-shaped ribbon tweeters, one circular 4″ woofer, and one roughly 7″ by 3.4″ passive radiator. Although there’s room for debate over whether the speakers are $500 audiophile-quality — my view: they’re not — Loop is capable of performing music with respectable detail and balance at regular listening levels, as well as holding up quite well when blaring at medium-sized room-filling volumes. Stereo separation is modest, but evident, and Libratone did a good job of choosing components to make the most of its circular enclosure. 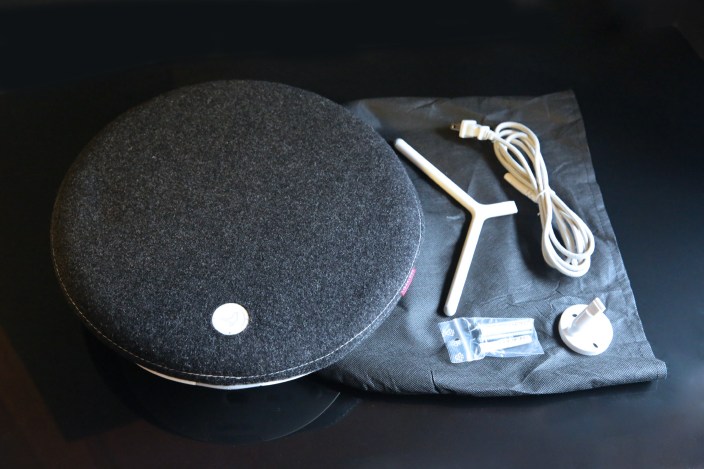 Loop ships with a total of six pieces: the speaker, which has a 13″ diameter and roughly 2.5″ maximum depth, a simple fabric bag, a fabric wall cord, a table stand, a wall mount, and a bag of screws to use with the wall mount. You may or may not like the look of Libratone’s signature wool speaker cover — available in multiple colors, and detachable for later replacement — but it and each of the other pieces feels well-made; there’s no sense that Loop is just going to fall apart or break over time. 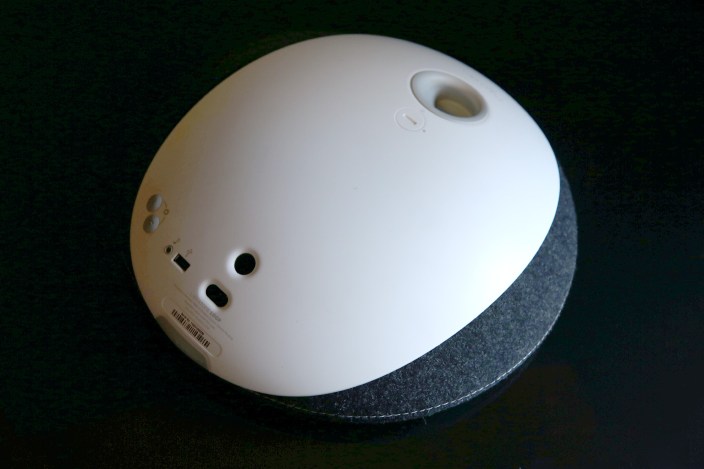 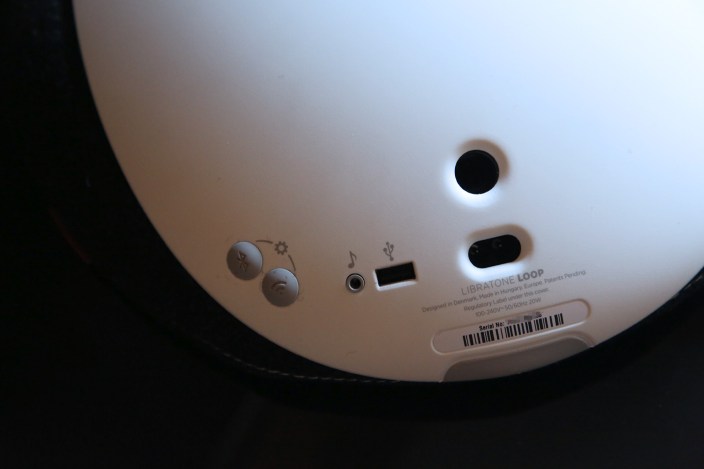 The most significant change to the new version of Loop can be seen on the back. Two gray buttons toggle between Bluetooth and Wi-Fi modes, enabling Loop to quickly shift back and forth between a direct-to-device connection or operation as an AirPlay speaker, accessible to all of the iOS devices and iTunes computers in your home. We found Bluetooth pairing to be simple and impressively fast, particularly for re-pairing, thanks to the Bluetooth 4 implementation, and bringing Loop onto a Wi-Fi network for AirPlay was as painless as running an iOS app and choosing the correct existing network. Like its predecessor, Loop can also create its own PlayDirect Wi-Fi network, serving as an AirPlay speaker even when there’s no existing wireless router in sight. 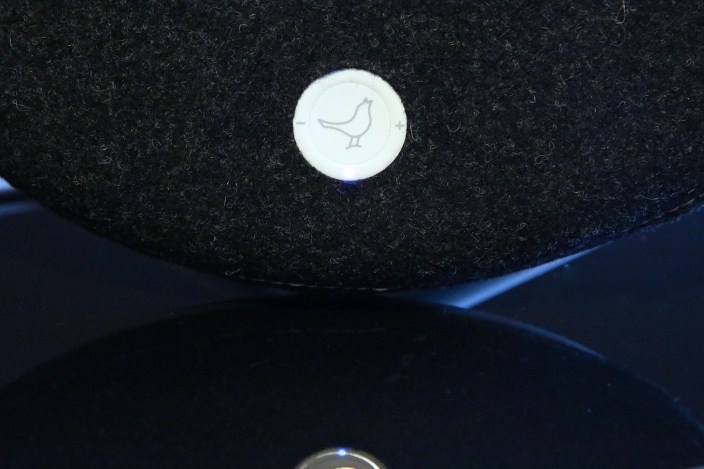 Libratone continues to keep Loop’s integrated controls dead simple. A bird-logoed button on the front brings Loop from standby mode (red light) to active mode (blue light for Bluetooth; white light for Wi-Fi), with + and – volume controls on an adjacent ring. But if you want to make significant adjustments to the equalization, Libratone has a free app that provides “Neutral,” “Easy Listening,” “Soft and Comfortable,” “Rock the House,” “Jazz Club,” “Movie Time,” “Live Concert,” “Classical,” and “Speech” settings that shift the system to focus on voices, pianos, midrange, or dynamic range depending on your needs.

The app also has a “Fullroom” mode that lets you specify the speaker’s position relative to walls, as well as specifying whether it’s mounted on a wall, shelf, table, or floor. Using this information, the app can adjust the equalization to prevent the bass from becoming muddy when Loop is close to a wall or other flat surface — a nice trick.

But it should be mentioned that the app only communicates with Loop when it’s in Wi-Fi mode, and moreover that the app frequently brought up brief “insufficient signal strength” warnings that it couldn’t communicate with Loop, seemingly at random. A wireless signal indicator kept moving between 51% and 75% (“good”) even as the speaker and iPhone remained completely stationary, in an open room only two rooms away from a current-generation Apple wireless router. On a related note, this version of Loop — unfortunately, just like virtually every AirPlay speaker I’ve tested — continues to suffer from the same unexplained audio drop-outs and streaming pauses when used in Wi-Fi mode. 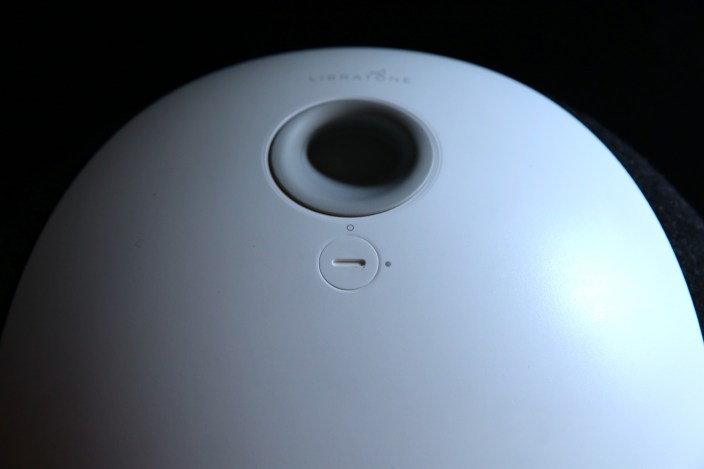 Bluetooth 4 support is Loop’s saving grace. While you lose access to the app, you gain dramatically better streaming performance — over Bluetooth, we had zero-drop outs or audio hiccups when moving an iPhone well beyond the standard 33-foot Bluetooth distance, actually getting over 100 feet away (and beyond our Wi-Fi router) without any issues. The streaming performance with Bluetooth is reliably excellent in a way that AirPlay has never been, and this would generally be our preferred way of using the speaker.

Except for one thing. For whatever reason, Loop’s Bluetooth and AirPlay audio settings aren’t quite the same. Left and right channel stereo separation that works correctly in AirPlay mode is reversed in Bluetooth mode, such that right-channel audio comes out of the left speaker and vice-versa. For most speakers, an issue like this would be wiring-related and at $500 an arguably fatal flaw, but Loop has reprogrammable firmware that we suspect can fix the problem. 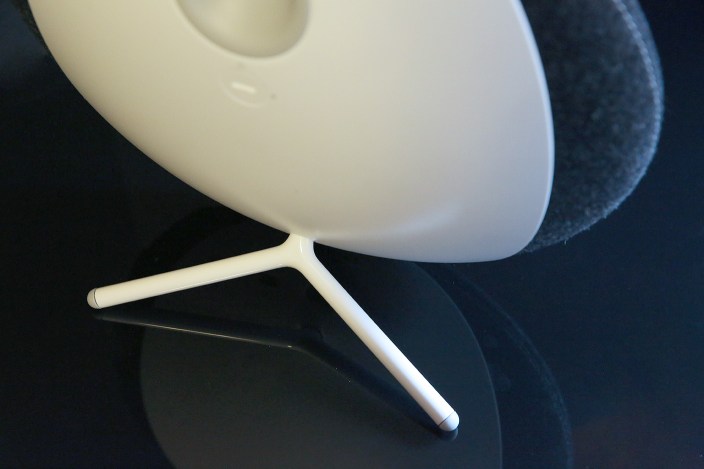 Is Loop worth purchasing? Given the price tag, the deliberately niche industrial design, and the variations between the AirPlay-only and Bluetooth-capable versions, there’s no single answer that will be right for every person. Discounts on the AirPlay-only Loop are now significant enough that you can save $150 or more if you’re willing to give up the Bluetooth functionality; however, the Bluetooth version is — apart from the mixed stereo channels — the more broadly compatible and stronger overall wireless performer. If you’ve been looking for a cool AirPlay speaker at a more reasonable price, now’s the time to jump on the original model. But if you want Bluetooth support, it might be a good idea to wait on a firmware update to fix the stereo separation, and perhaps a discount to bring the price closer to where it should be.