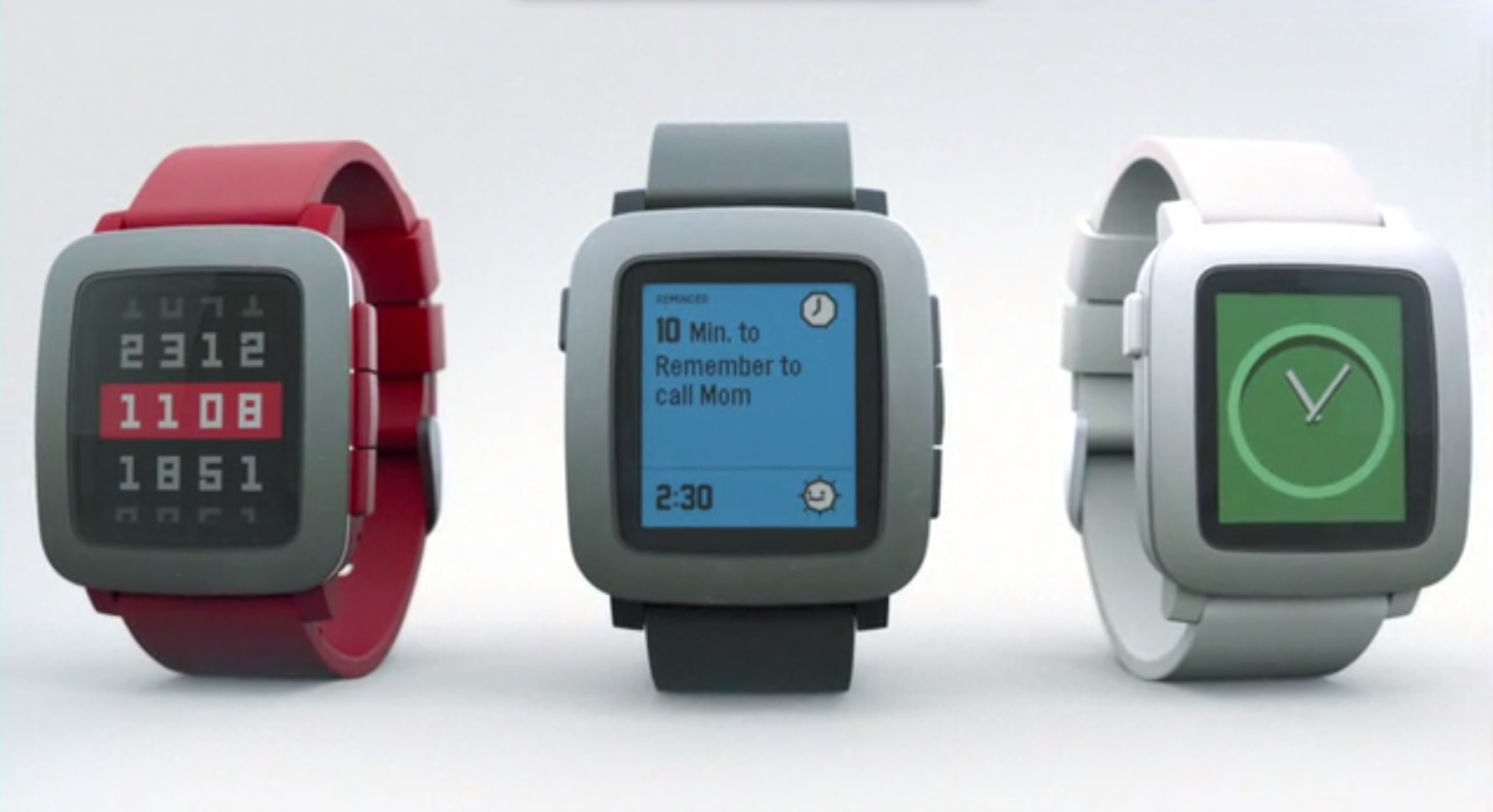 Update: Less than 30 minutes after launching its Kickstarter campaign, the Pebble Time is fully funded.

Pebble has this morning announced the next generation of its smartwatch, called Pebble Time. The device, as we reported last week, sports a color e-paper display, a thinner design, a microphone on board, and a completely revamped ‘timeline’ interface. Pebble Time is launching on Kickstarter with early bird pricing tiers at $159 and $179, but the device will retail for $199.

One of the biggest selling points for this device over the Apple Watch is its battery life, which Pebble says lasts the same 7 days on a charge. Apple’s Watch goes on sale in a month or two at a starting price of $349 and going up from there, so the question is whether or not Pebble can carve out a niche in the lower price range with those who are after more basic functionality but prefer longer battery life. One week vs. one day is a big difference.

There is also the question of deliveries. Pebble’s first launch was plagued with delays and if the small company can’t get meaningful numbers of these out by summertime, it will likely be swirled in the tidal wave of the Apple Watch.

The Pebble Time has water resistance, comes in three colors via Kickstarter, includes a special engraving for backers who backed the original Pebble, and the company says that all 6,500+ of the existing apps available for the device will work flawlessly with the Pebble Time.