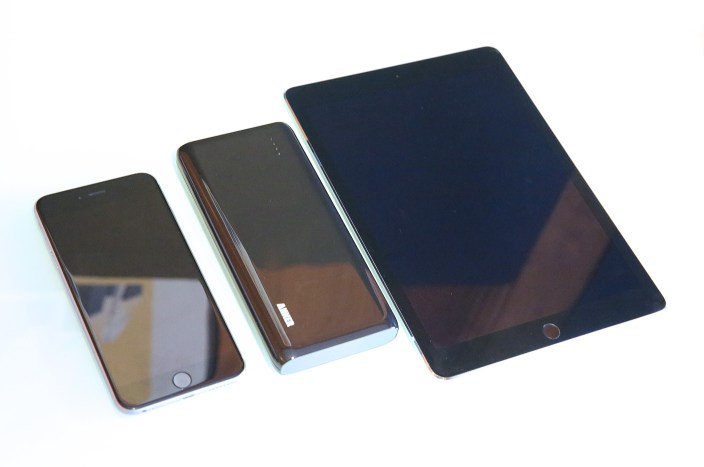 There are hundreds of external battery packs out there, and most of them are highly similar to one another: cosmetics aside, their capacities, features, and pricing tend to be predictable. Anker’s 2nd Gen Astro E7 ($80) is a complete outlier. It has the highest capacity of any external battery pack I’ve ever tested, yet it’s priced competitively with products that deliver half as much juice.

If you have an iPad or plan to carry your iPhone around without access to wall power, Astro E7 is as close to a must-have battery as I’ve seen. Delivered in efficiently designed, eco-friendly packaging, it quickly earned a place in my personal travel bag, for reasons I’ll explain below. 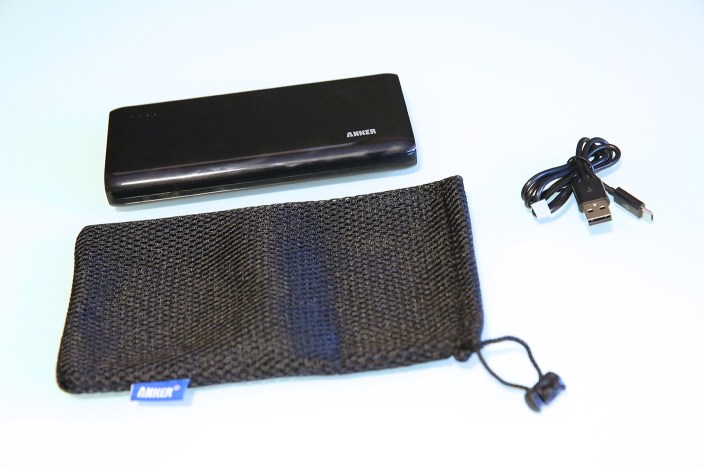 Measuring 6.5″ long by 3″ wide by 0.75″ thick, Astro E7 is only a little taller than the iPhone 6 Plus, but around three times thicker and at 1.1 pounds, roughly the weight of an iPad. The footprint makes it easy to toss in any bag, and the glossy plastic housing is actually really comfortable to hold, though as fingerprint-susceptible as one might expect from the material. Anker includes a nice mesh drawstring carrying bag and a micro-USB cable in the package. 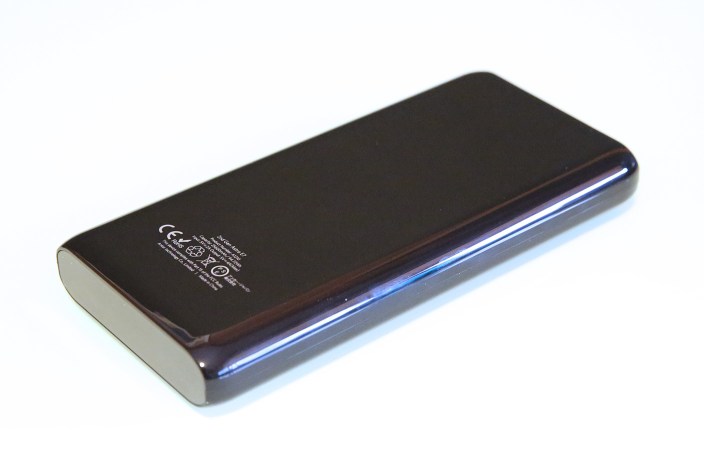 Next, Astro E7 includes three outbound USB ports. Most of the time, the presence of even two USB ports for simultaneous charging is pointless for external battery users with iPads — common 6,000 and 8,000mAh cells don’t have enough juice to fully refuel both an iPad and an iPhone at once. Astro E7 has more than enough power to share between its ports; they’re collectively capped at 4 Amps of total output, with each port using PowerIQ auto-sensing to deliver a maximum of 3-Amp power. This means you can connect an iPad to any one of the ports and get guaranteed full-speed charging. You can also connect an iPad, an iPhone, and an iPod at once, getting nearly full-speed recharging for all three. 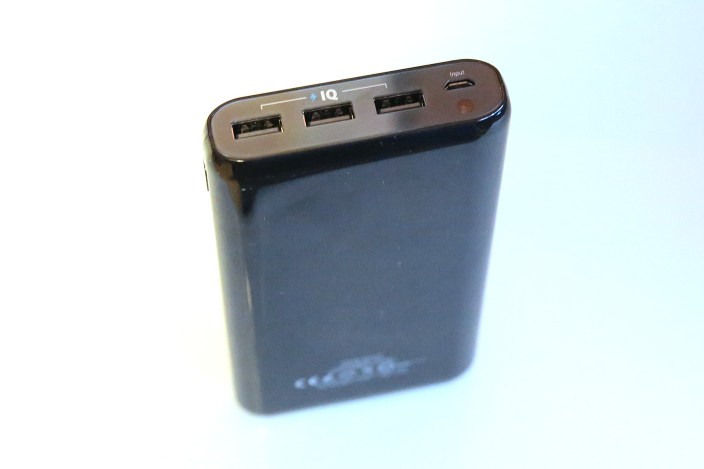 Another nice feature of Astro E7 is its fully automated power on/off system. The battery turns on automatically when a USB plug is connected, and off automatically when no plugs are connected. A small bar-shaped button on the edge near the USB ports is needed only to activate a tiny LED flashlight or to trigger the four blue power indicator LEDs on the top. The LEDs work reliably to indicate the fraction of power remaining during charging; you can notably recharge Astro E7 at up to 2-Amp speeds.

Astro E7 is missing only a single thing: a wall power adapter. If you have an iPad, Anker’s included micro-USB cable should be connected to the 10W or 12W USB Power Adapter that Apple includes with most of its tablets; otherwise, recharging will take an incredibly long time. Connect Astro E7 to Apple’s iPad adapters and it’ll be ready to go in 12-14 hours; iPhone wall adapters will take 26-28 hours, and iPod adapters (or standard USB ports) will require 53-56 hours. If you don’t have an iPad adapter already, consider a wall adapter like Anker’s $10 10W version to be a mandatory add-on. 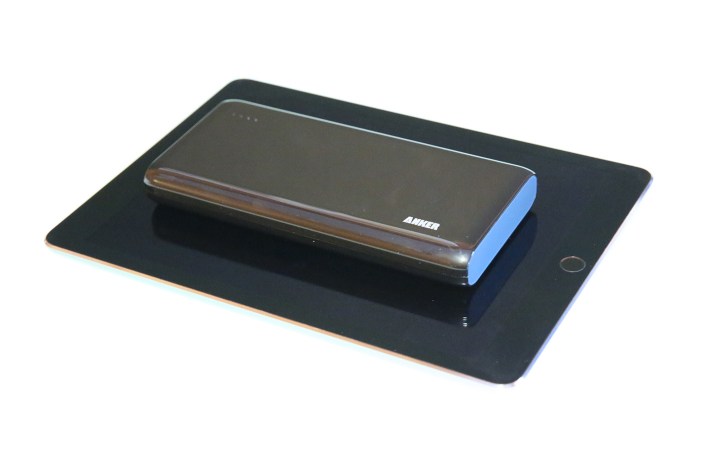 Overall, I was a lot more impressed by Astro E7 than I’d expected to be: from its eco-conscious packaging to the charging performance and build quality, Anker is the real deal. This would be the top battery pack I’d pick to use with my own iPads and iPhones, as it’s fully worthy of the $80 asking price in every regard.