Chinese clone-makers ramp up the fake Apple Watches including Gold Edition, pricing from $40 to $80

We started seeing Apple Watch knockoffs at CES, but now that Apple has given more details about the real thing, the Chinese clone-makers appear to be really ramping up their efforts.

The Telegraph notes that companies offering the fakes are quite shameless about it, using the Apple Watch name and logo, and some of them copying the design details all the way down to the four sensors on the back of the watch. You almost have to admire the sheer gall of a company which advertises an “iWatch” using the slogan “Knockoff Apple watches have hit the market!” … 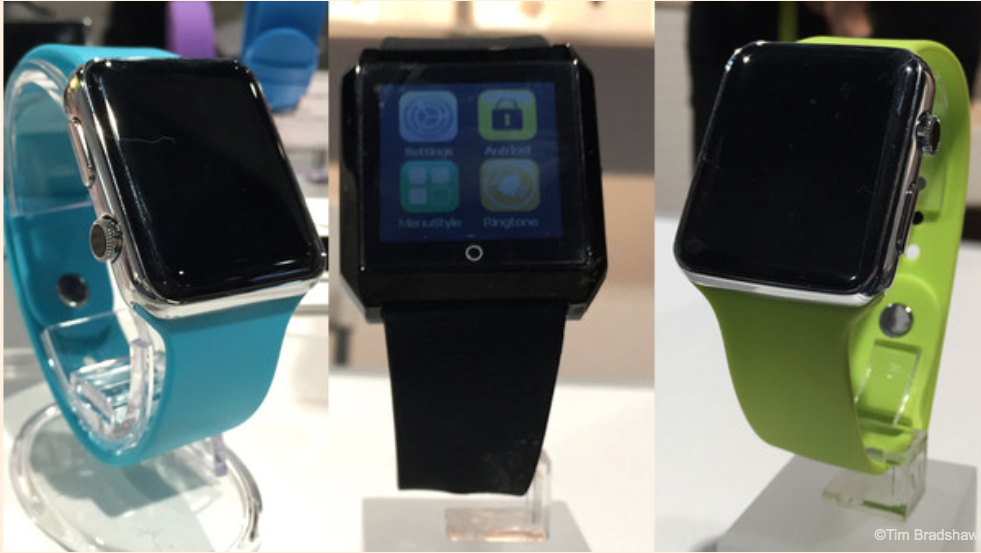 While some of the fakes look undeniably cheap, others look pretty convincing–at least in render form. GizChina reports that the Zeaplus Watch–shown at the top, and not yet available for sale–will be available in silver, gray and (fake) gold, and will feature a heart-rate monitor as well as supporting iOS notifications.

Business Insider found fakes from just 259 Yuan–a little over $40. Just to add to the confusion, some of the vendors are apparently offering genuine watches before they go on sale, and at knockdown prices, but as the BBC’s Leo Kelion notes, what they are actually advertising in the small-print is the ability to put down a deposit on that date. Whether you’ll actually get the real thing if you do is anyone’s guess.

Here’s a gallery of just some of the listings on Chinese ecommerce site Taobao.