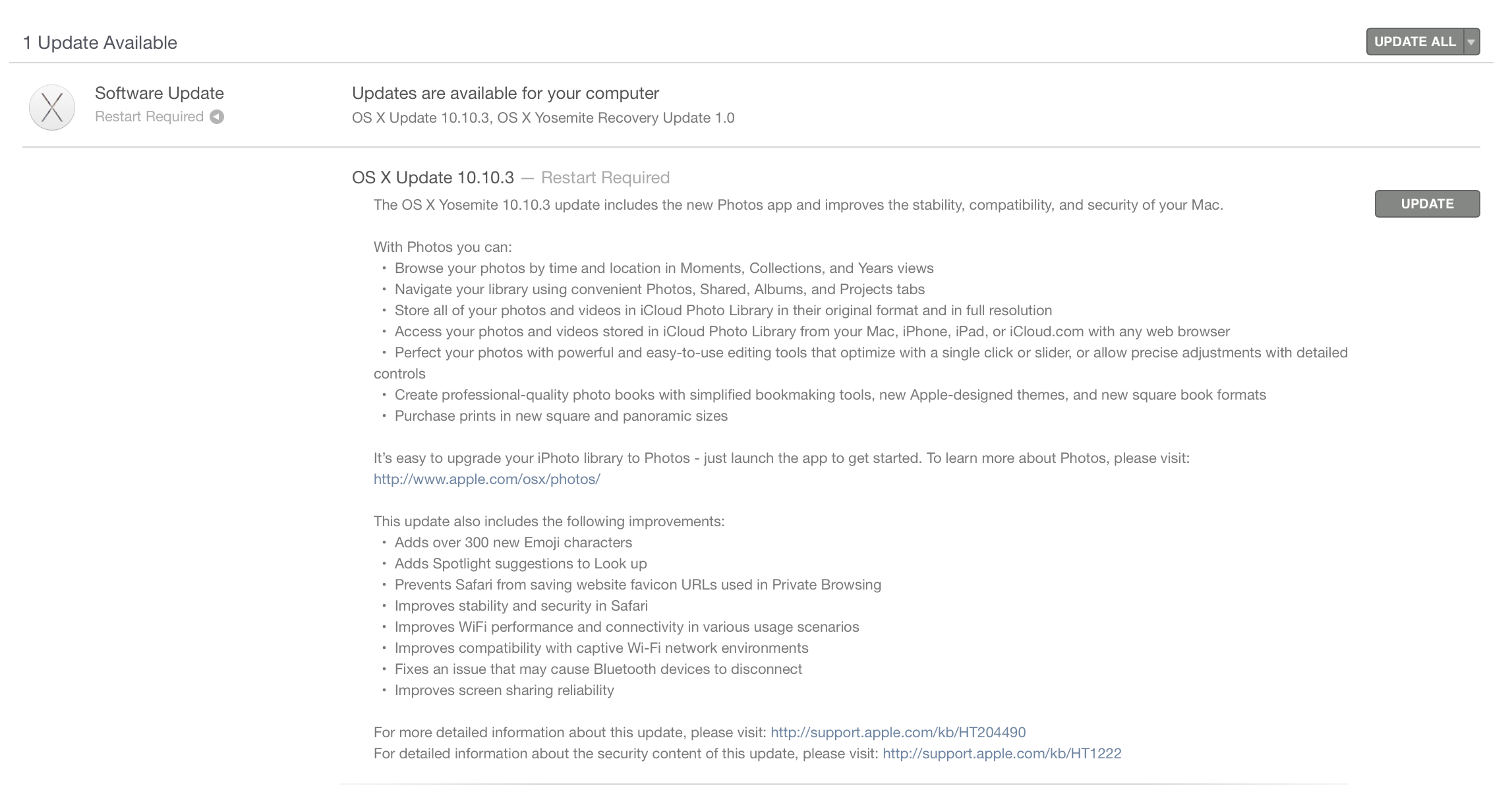 Apple has just released OS X 10.10.3 to the general public. The upgrade to the operating system, which has been in beta since March, includes the all-new Photos app that was introduced alongside Yosemite last year. It also includes over 300 new emoji, including multiple races and designs for some icons, a revamped “look up” panel, networking and wireless improvements, and more.

The Photos application included in this update marks the end for Apple’s previous photo management apps, iPhoto and Aperture. Both pieces of software have been discontinued in favor of the new approach, which works with users’ iCloud accounts to sync their photos between all of their devices.

Adobe announced a transition path several months ago to help those who relied on Aperture make the switch to that company’s own Lightroom app.

You can download OS X 10.10.3 from the Updates tab in the Mac App Store now. For those looking for a bit of feature parity between their devices, iOS 8.3 was released to the public today with the same emoji icons and a host of other improvements.