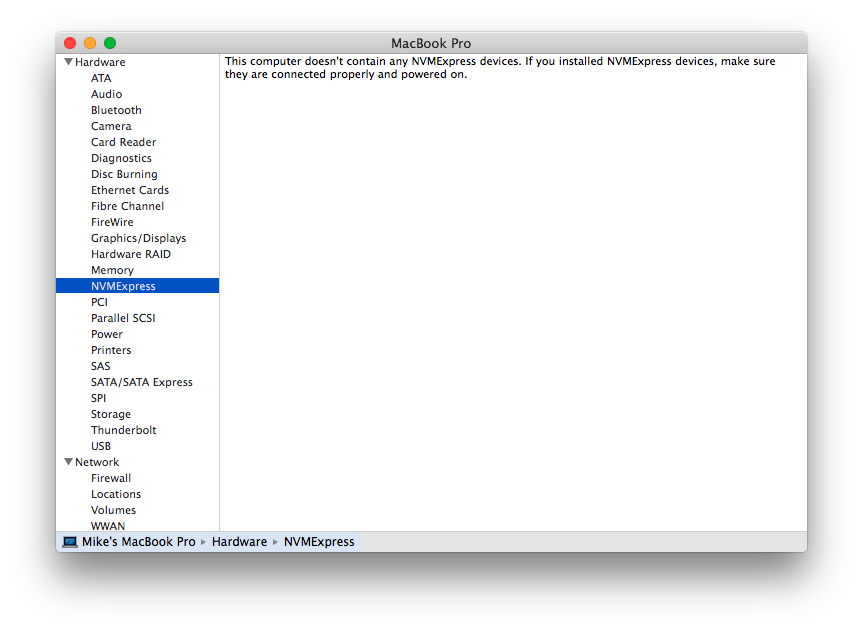 Not every Mac that uses an SSD for storage will be able to take advantage of this new protocol, however. The screenshot above comes from a late 2013 MacBook Pro with a solid-state drive that doesn’t support the feature. The newest 13-inch MacBook Pros are also left out. In fact, at the moment it appears that only the 12-inch MacBook sports a support drive.

Aside from the data transfer speeds, NVMExpress also provides improved performance that leads to greater battery life. Exactly how much of an improvement is still to be seen, but it’s likely that Apple made this decision to help squeeze a little extra time out of the ultra-thin MacBook’s redesigned batteries.

OS X 10.10.3 also introduced improvements for Apple’s Force Touch technology, making the update a very MacBook-centric one. There were a few other changes that impacted all Mac users, including 300 new emoji icons and the all-new Photos app.