Apple has released a new security update for OS X Yosemite and El Capitan, or OS X 10.10 and 10.11, the operating system released two years and one year ago. Apple hasn’t yet detailed what security fixes are included beyond these release notes:

Security Update 2017-001 is recommended for all users and improves the security of OS X.

The update could be related to recent security vulnerabilities detailed in the news or routine maintenance for older versions. macOS 10.12.4 is the latest version of the Mac operating system for compatible machines and was released earlier today.

After several weeks of developer and public beta versions, Apple today has officially released OS X El Capitan 10.11.6 through the Mac App Store for all users. The latest software update to OS X El Capitan will likely be the last before Apple releases macOS Sierra 10.12 with new features including Siri later this fall.

END_OF_DOCUMENT_TOKEN_TO_BE_REPLACED

How-To: Understand the Wireless Diagnostics app on your Mac to analyze and improve your Wi-Fi network 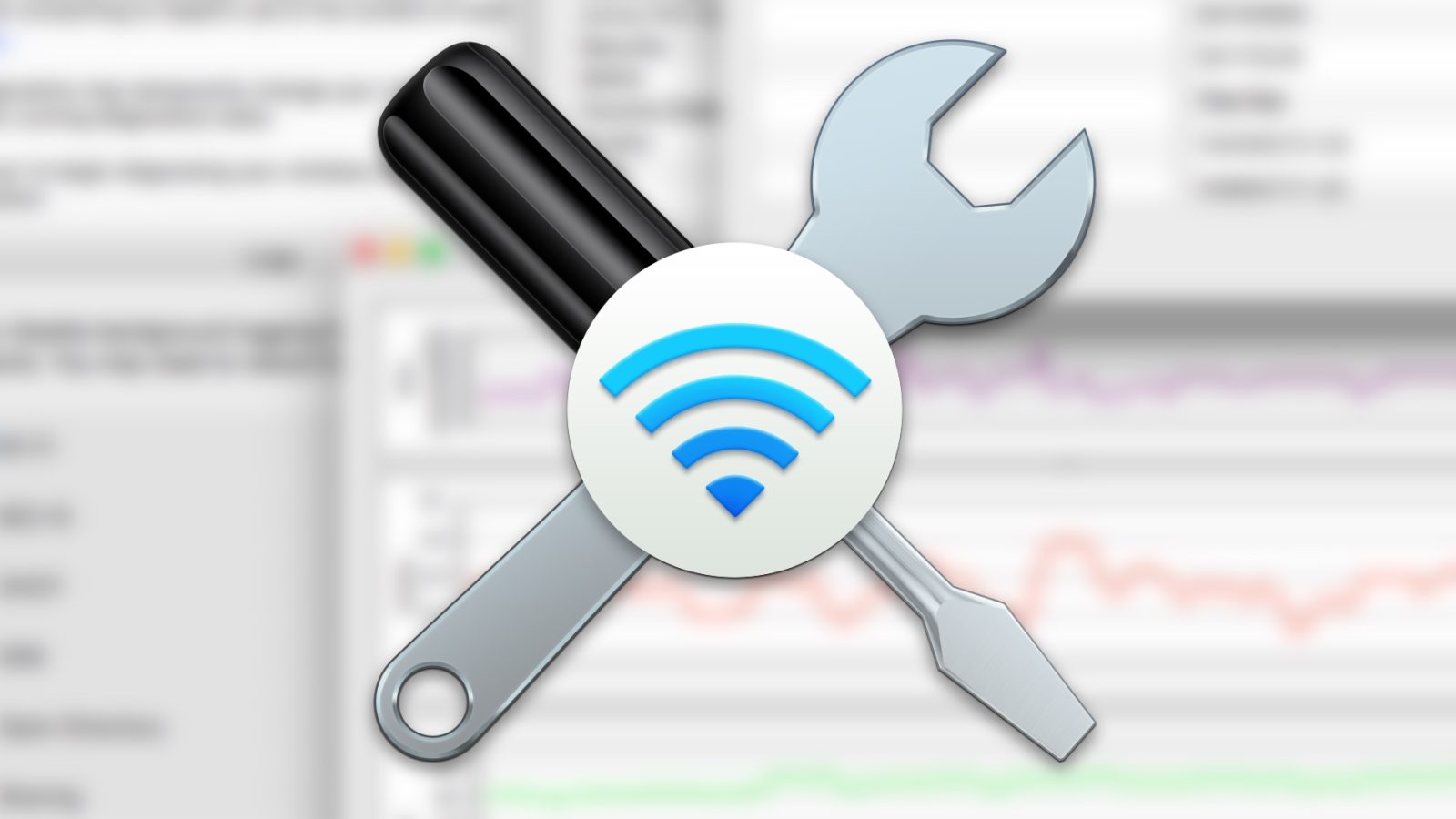 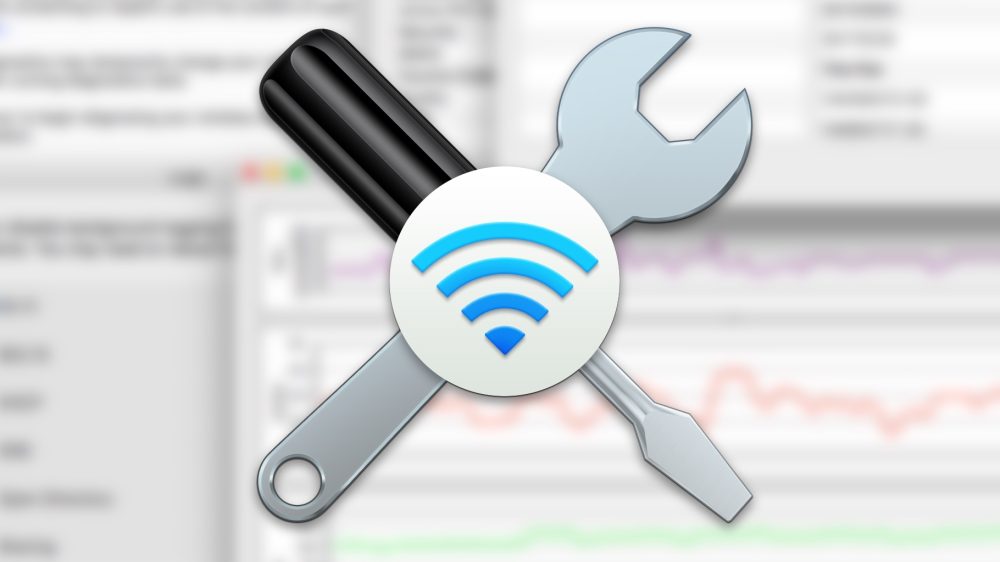 Apple ships a little-known utility app that helps you analyze and diagnose your Wi-Fi connection, called Wireless Diagnostics. Open the app by option-clicking on the Wi-Fi indicator in the menu bar and select ‘Open Wireless Diagnostics …’. Although the app contains a lot of useful information, it isn’t intuitively clear what you are supposed to do with it.

Frustrated by bad WiFi on Mac OS X? This guide may help you get better WiFi on your computer.

END_OF_DOCUMENT_TOKEN_TO_BE_REPLACED

How-To: Show the size of folders in the Finder on Mac [Video] 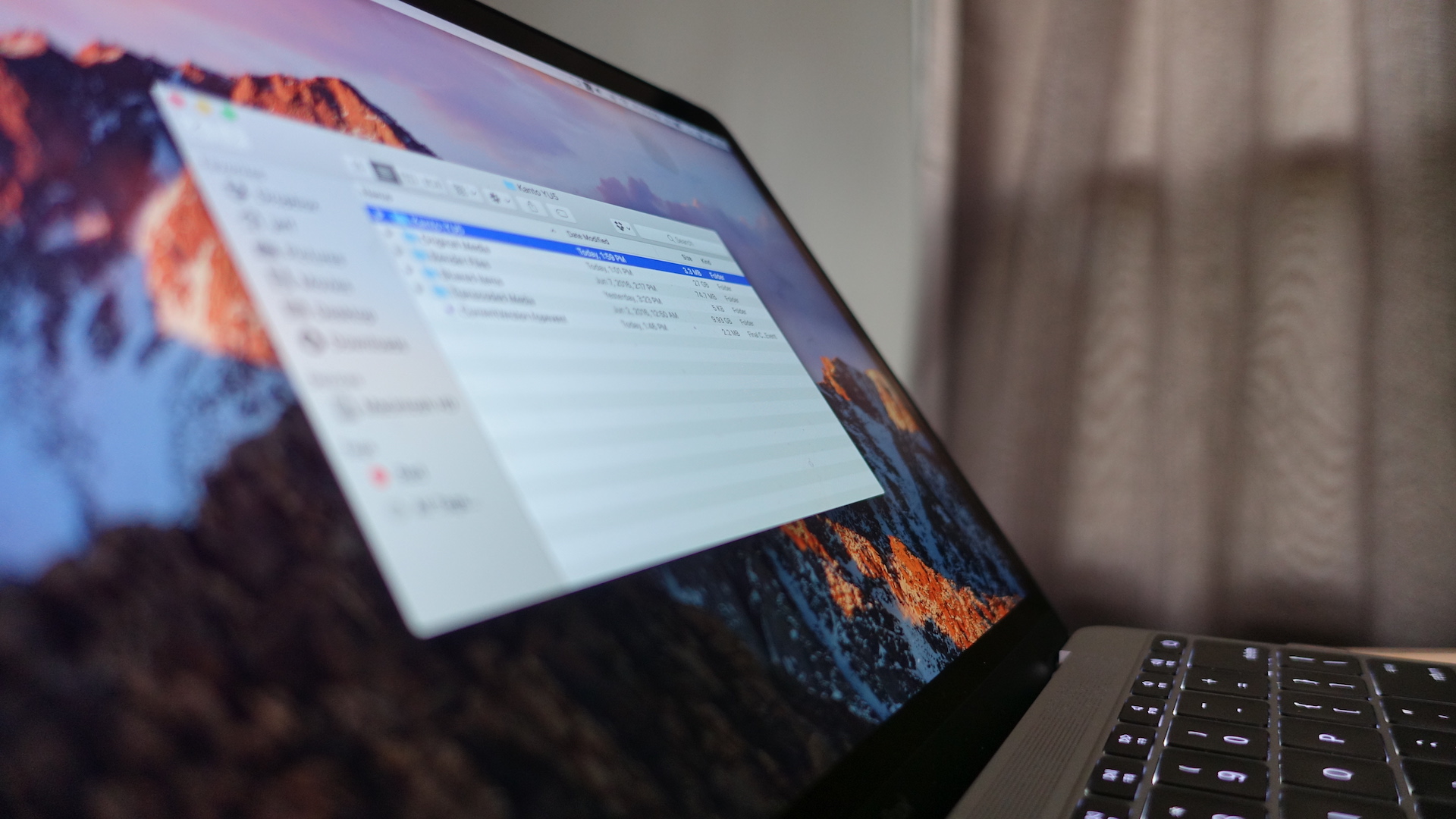 The Finder’s list view is my favorite way to view the folders and files within the macOS Finder, because it provides a wealth of information via columns that can be sorted on.

One thing that you won’t find when using the Finder’s default list view is the cumulative size of the Folders contained within. But there’s an easy way to view the sizes of Folders directly within the Finder; watch our video tutorial to see how. END_OF_DOCUMENT_TOKEN_TO_BE_REPLACED 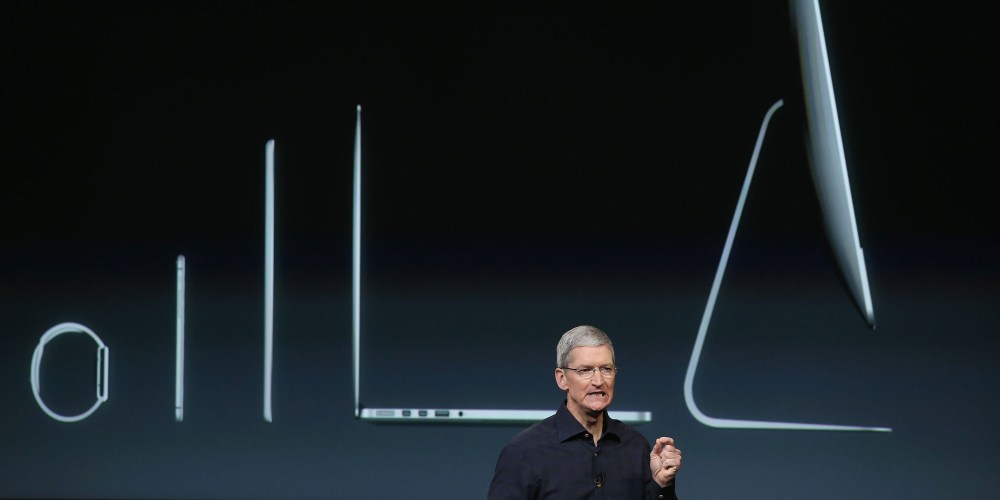 We’re anxiously awaiting iOS 10 beta 2 after just over two weeks with the initial beta version, but Apple has released a fourth beta for any iOS 9.3.3 update testers. Changes so far haven’t been noticeable as the update is likely focused on security enhancements and bug fix improvements.

END_OF_DOCUMENT_TOKEN_TO_BE_REPLACED

As we eagerly await the kick off of this year’s WWDC, you were kind enough to share your views in three separate polls on Friday, so here’s a quick roundup of the results.

Patently Apple has a piece entitled Apple Invents a User Interface for Combinable Virtual iOS Desktops on a Mac. It references a patent which PA suggests is for a Mac that could be used to run (or at least display) iOS apps.

Recently departed (but still friend of the site!) Mark Gurman went on the Jay and Farhad Show podcast this evening and gave his predictions for WWDC 2016 and beyond. Most of the conversation material was either posted previously on 9to5Mac or elsewhere but there were certainly some new “whispers”… END_OF_DOCUMENT_TOKEN_TO_BE_REPLACED 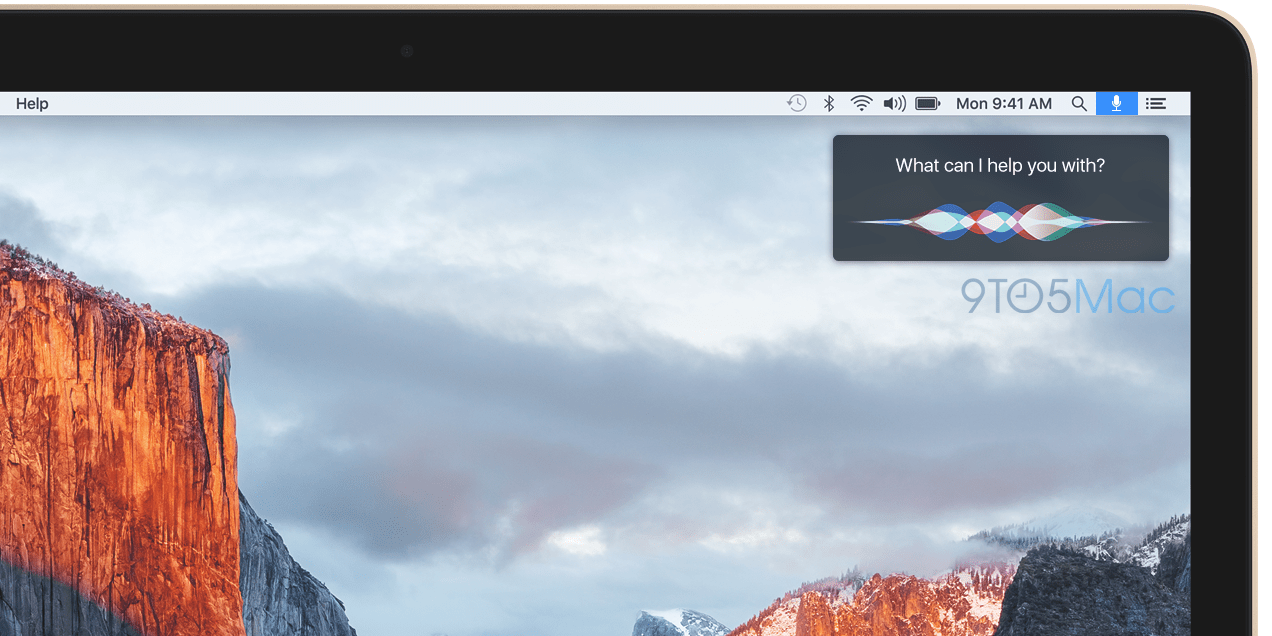 Apple’s WWDC 2016 will be light on new hardware announcements this year, but that will give the company plenty of stage time to show off big new releases on the software side. Siri for Mac, a Siri SDK for developers, an Apple Music and iTunes refresh, Touch ID features, and possibly a first look at new Macs, Apple has a lot of interesting in-development projects it could show off for Macs and OS X 10.12 at WWDC 2016. Below we roundup the rumored features for the next release of Apple’s Mac operating system and explore some of the possible new hardware we might see at the event later this month.

END_OF_DOCUMENT_TOKEN_TO_BE_REPLACED

Poll: Would you prefer an OLED touch bar instead of traditional function keys? 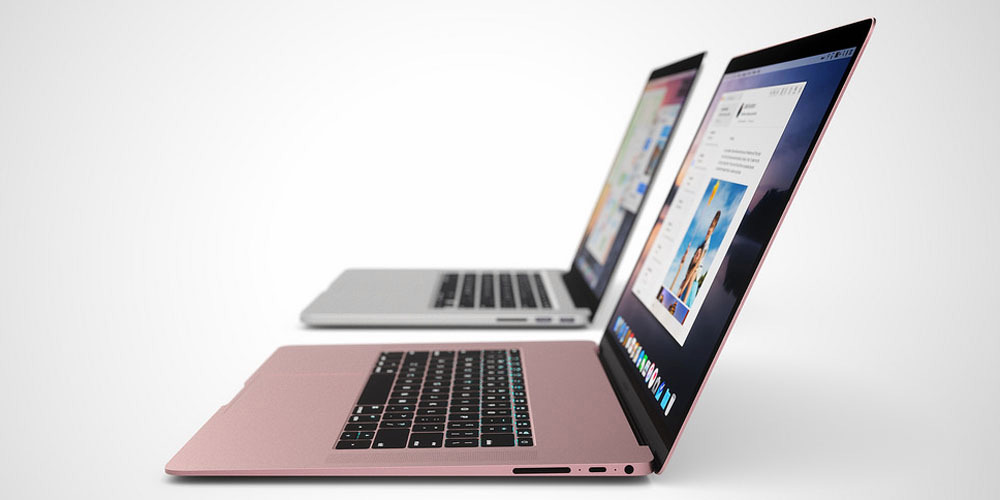 Many people have been eagerly waiting for Apple to refreshed its entire MacBook Pro lineup with a thinner design, faster internals, Siri support, and more. A report yesterday said all of that is coming later this year in Q4, but added an additional detail: an OLED touch bar above the keyboard that would replace the row of function keys.

This is a new idea that hasn’t really been suggested for Apple’s MacBook Pro lineup before, but it has a variety of interesting possibilities. But with a significant change like that comes a steep, steep learning curve. The quick shortcuts we’ve all become accustomed to using throughout OS X would have an added twist, but could they potentially become easier to access in the long run? In the end, however, it would all come down to whether or not the OLED touch bar improved navigation enough to warrant a few weeks of relearning how to use your MacBook Pro’s keyboard.

END_OF_DOCUMENT_TOKEN_TO_BE_REPLACED 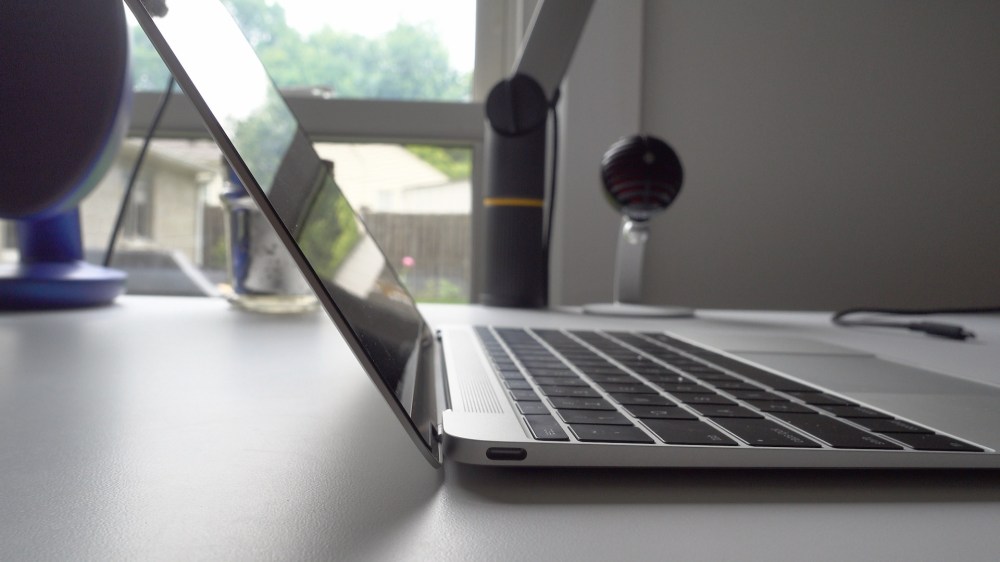 In addition to releasing the first iOS 9.3.3 developer beta, Apple has issued OS X El Capitan 10.11.6 Developer Beta 1 through the Mac App Store. The first pre-release version is available to developer testers and features build number 15G7a (up from 15F34 on the public version).

END_OF_DOCUMENT_TOKEN_TO_BE_REPLACED 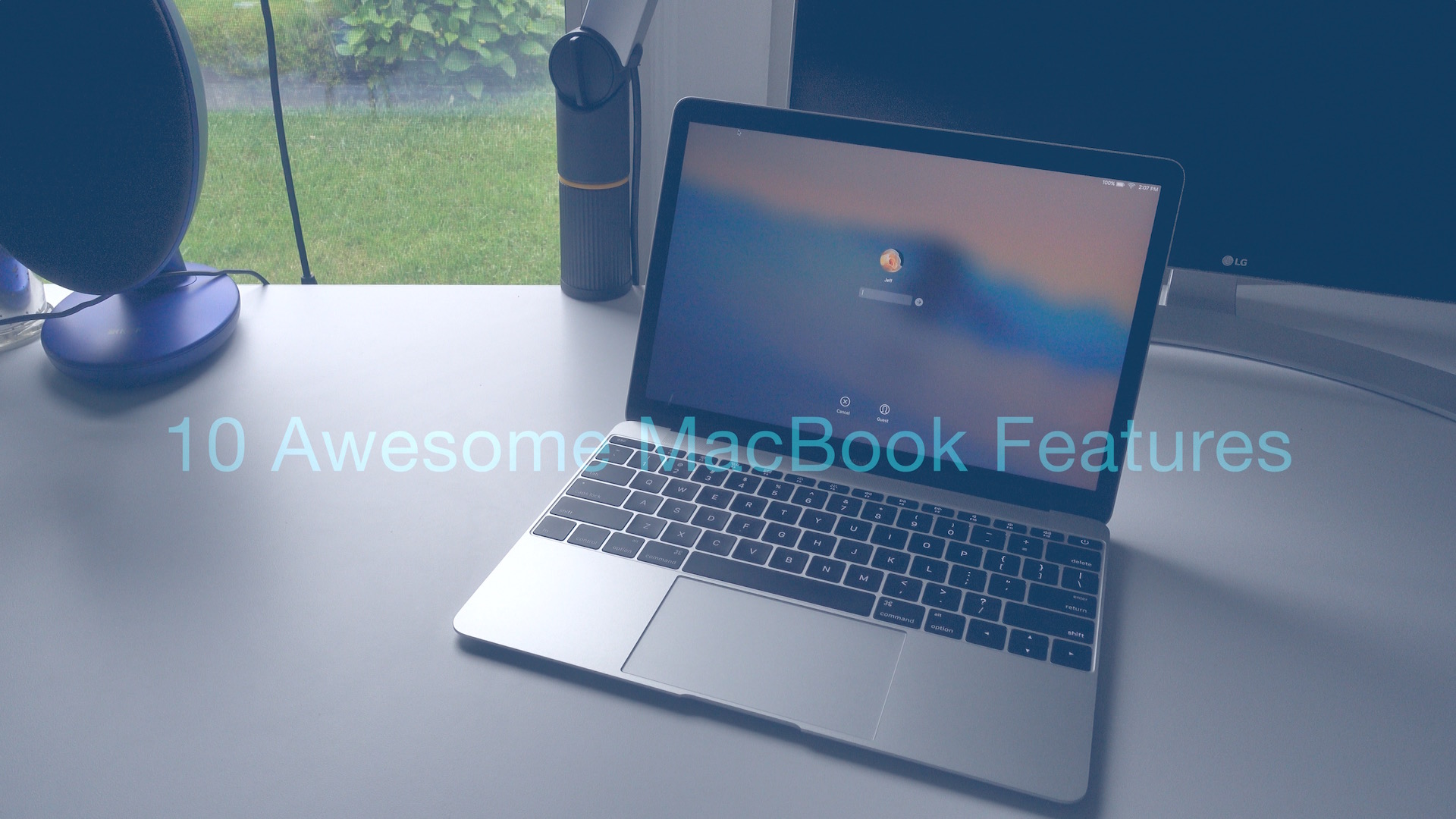 Yesterday, I bought a 12″ MacBook, and after playing with it for 10 minutes, I immediately knew that I made the right decision. 24 hours later, I’m convinced that this is the best laptop for me, and a much better portable workhorse than something like a 12.9″ iPad Pro. Here are 10 reasons why you should consider going with a MacBook if you’re in the market for something powerful, yet portable. END_OF_DOCUMENT_TOKEN_TO_BE_REPLACED

After several developer and public beta versions, Apple has released the OS X 10.11.5 software update for Macs through the Mac App Store. 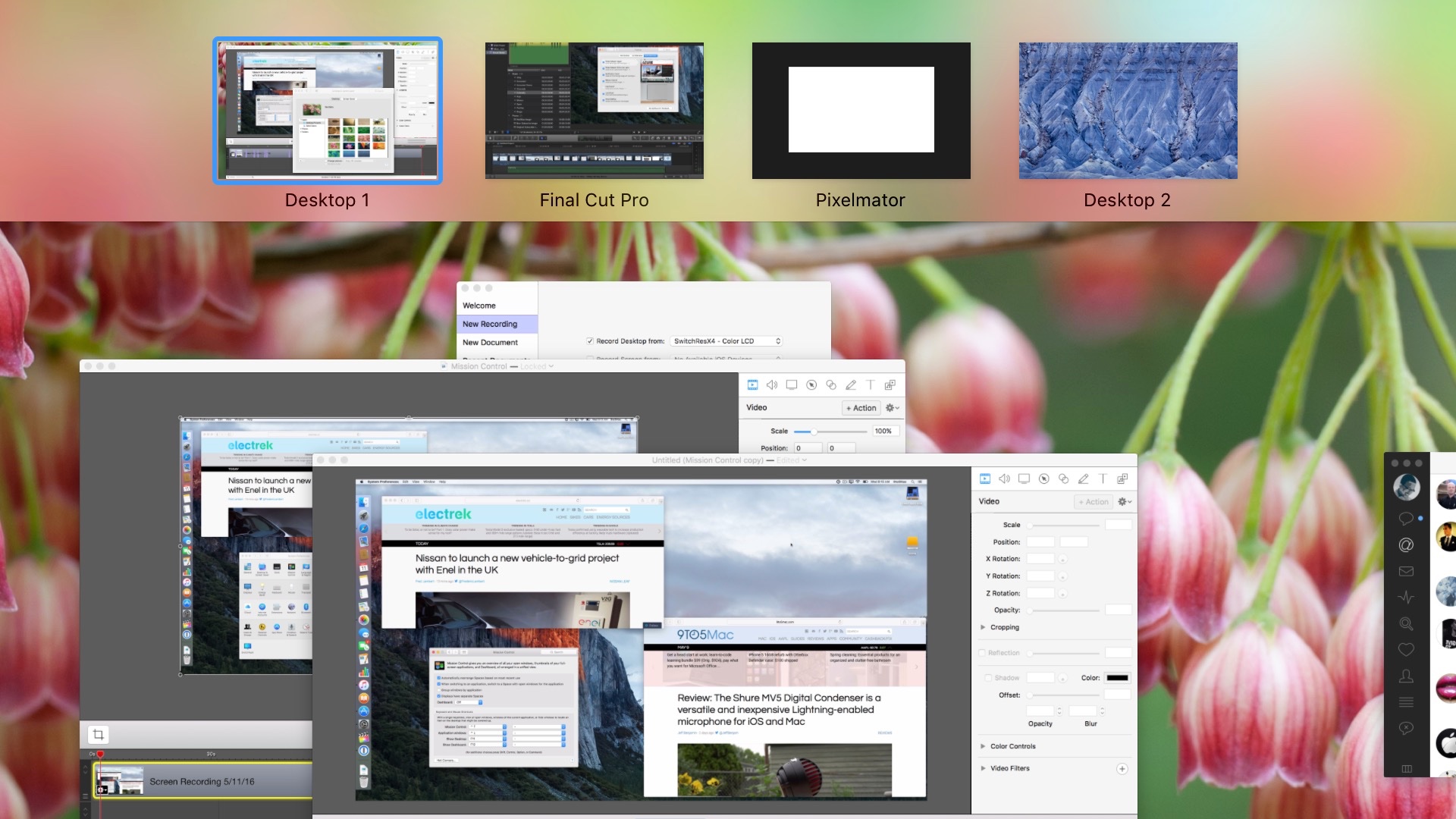 When you invoke Mission Control on OS X El Capitan using the typical gesture on your Mac’s trackpad or via a keyboard shortcut, you’ve probably noticed that the desktop bar at the top of the interface appears minimized. Although this yields additional real estate for the app windows below the desktop bar, it means that you no longer get to see the handy thumbnails that represent each desktop without moving your mouse to the desktop bar area.

There are some workarounds to defeating this OS X El Capitan change, including an open source utility called Force Full Desktop Bar. But for those of you who don’t wish to go through the trouble of installing a separate utility, which also requires you to disable El Capitan’s System Integrity Protection, try this handy Hot Corner shortcut instead. END_OF_DOCUMENT_TOKEN_TO_BE_REPLACED 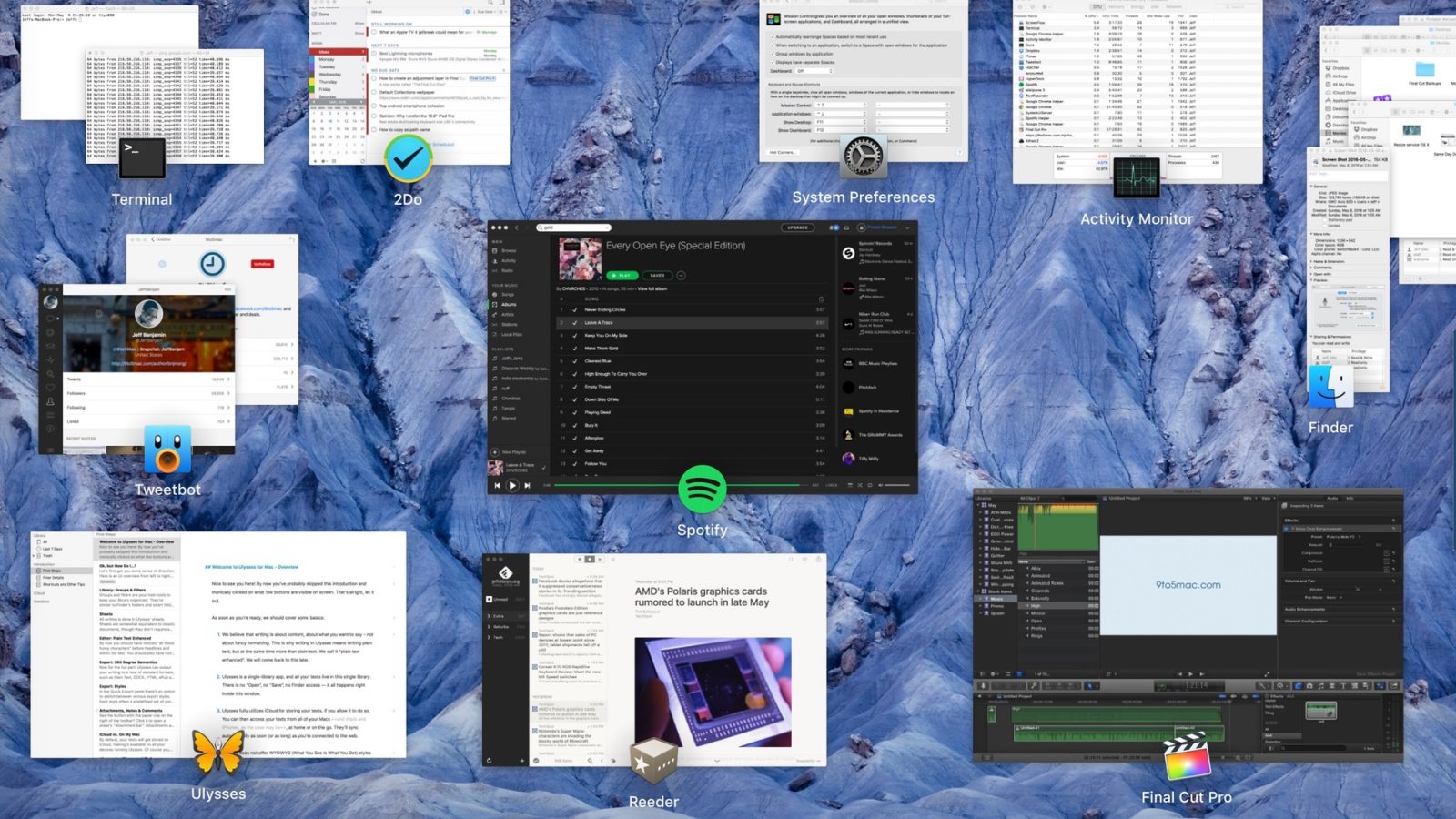 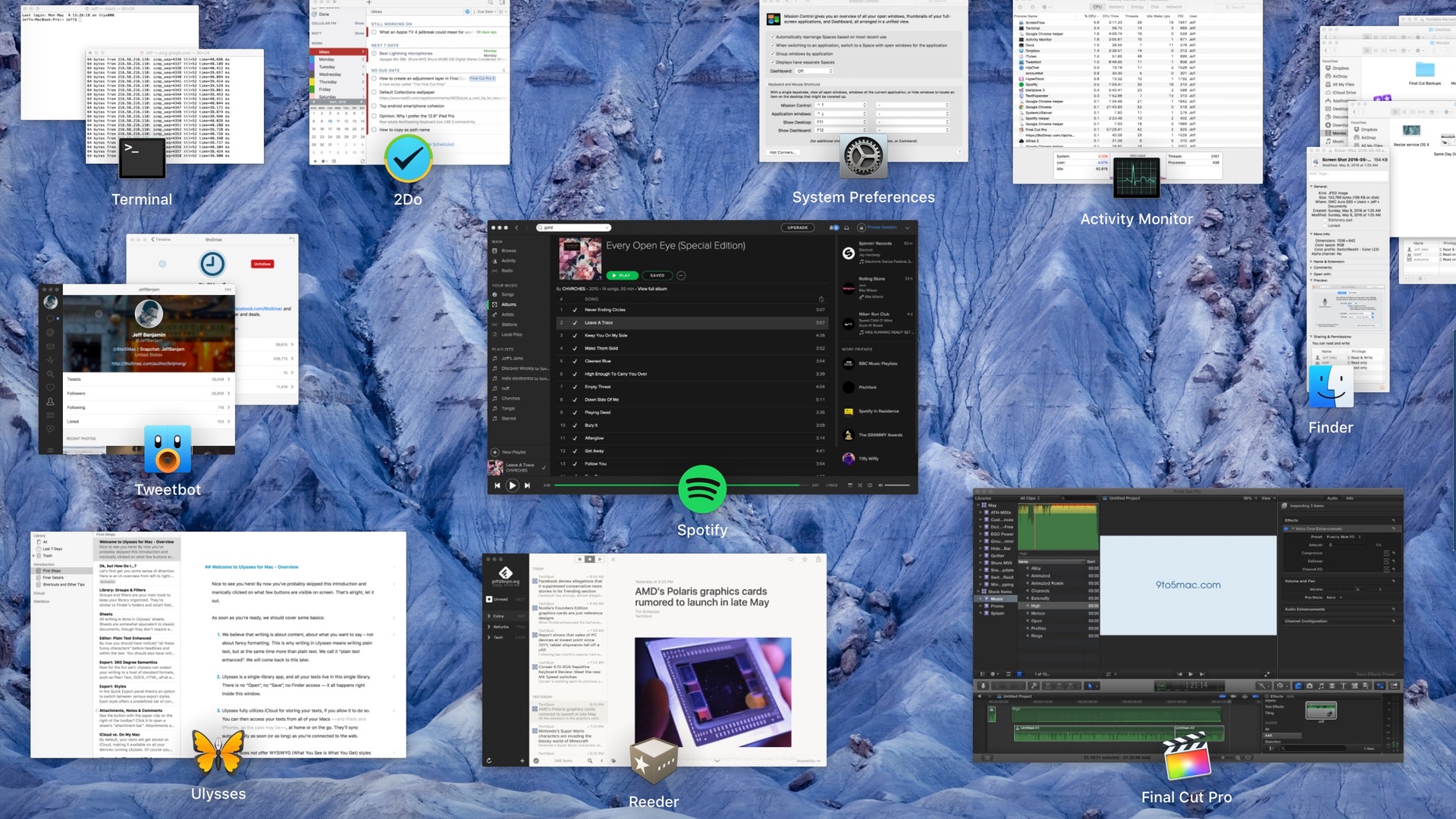 Mission Control is a tool that I use every day on my Mac to quickly locate open app windows. In my opinion, though, finding a specific window in the Mission Control view can be a challenge if you have many app windows open at once. 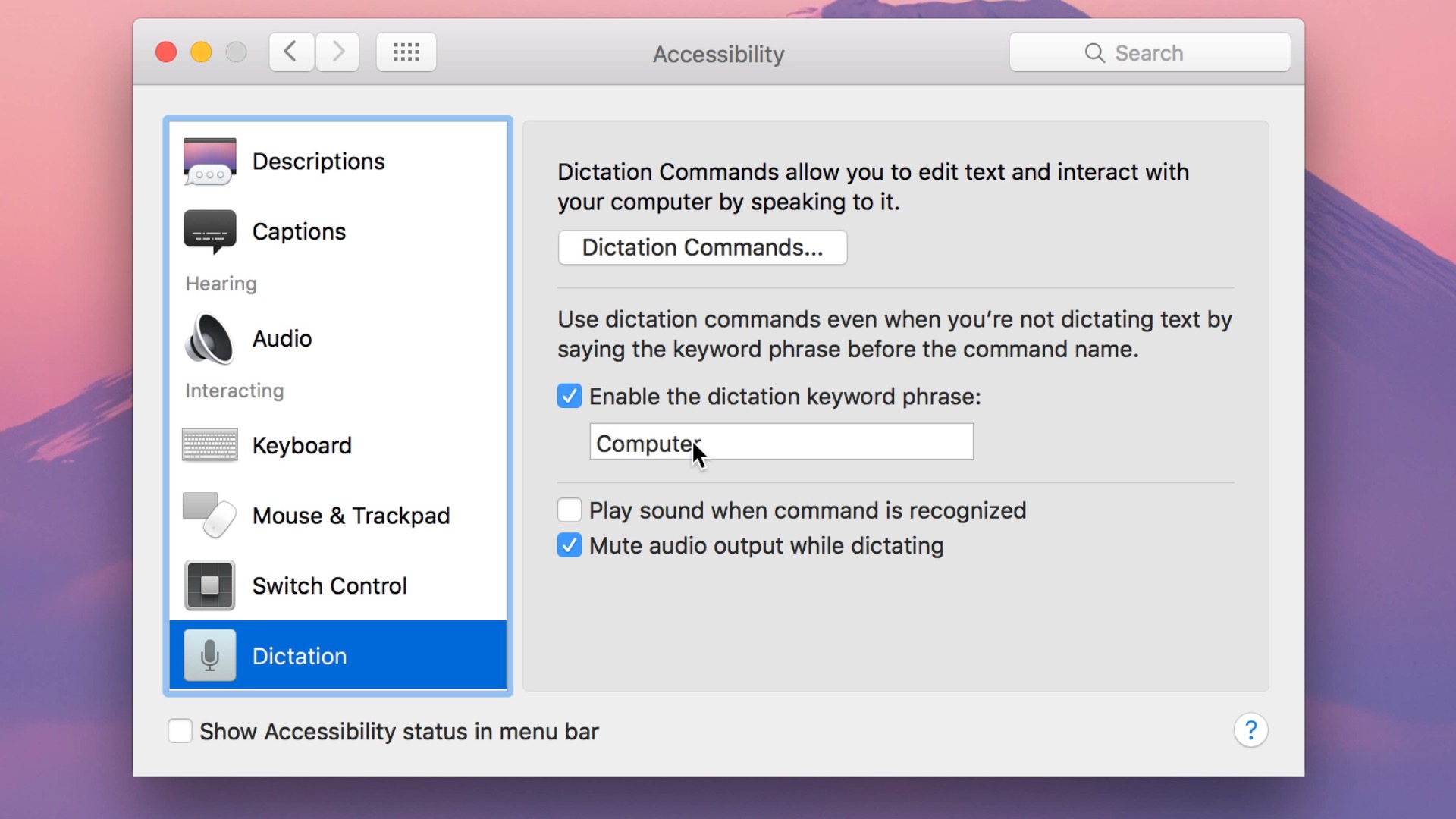 By default, dictation on OS X is initiated by using a double-press of the function (fn) key on your Mac’s keyboard. But did you know that it is also possible to start dictation hands-free using only your voice? In this brief tutorial, we’ll show you how. END_OF_DOCUMENT_TOKEN_TO_BE_REPLACED 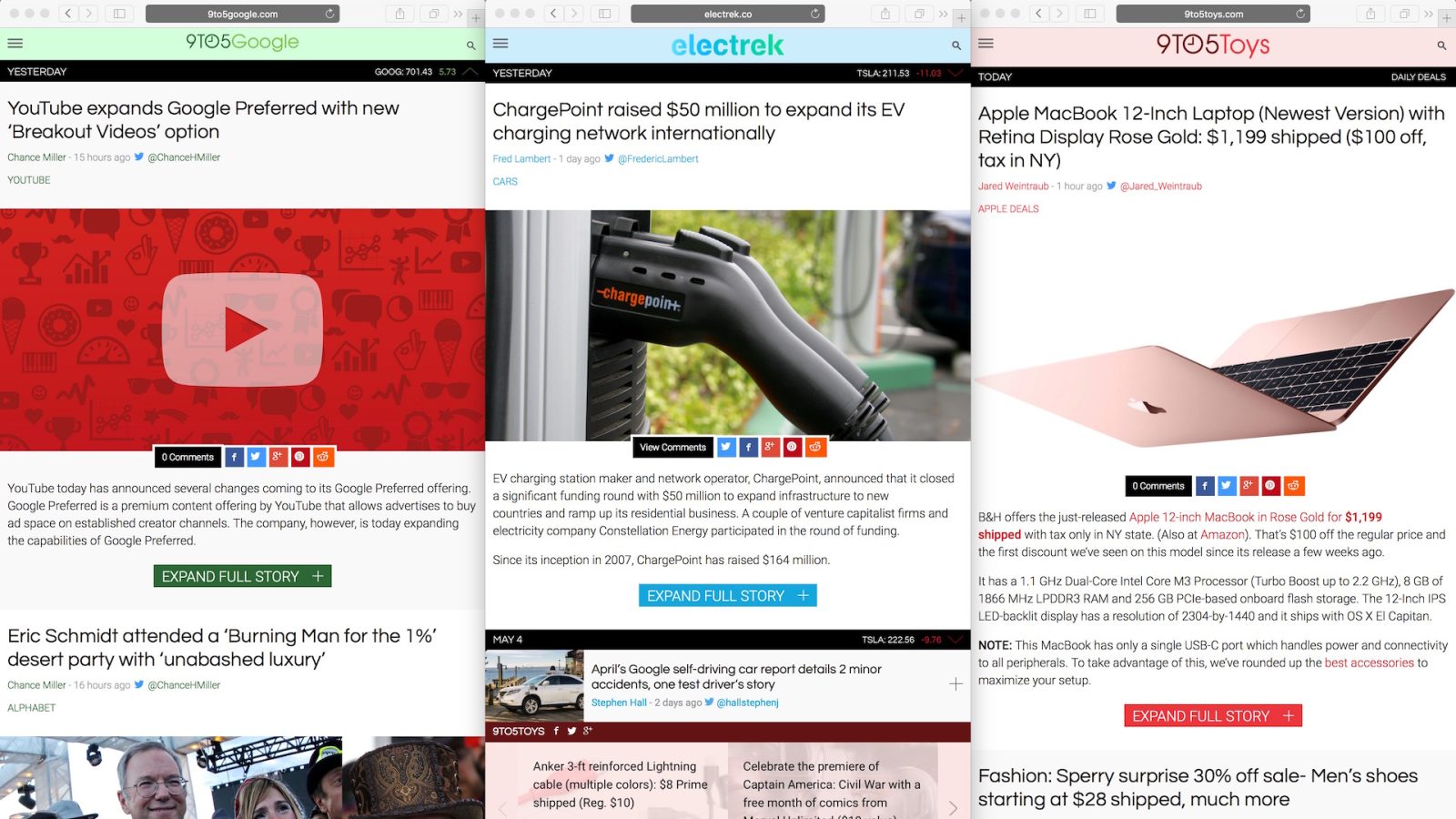 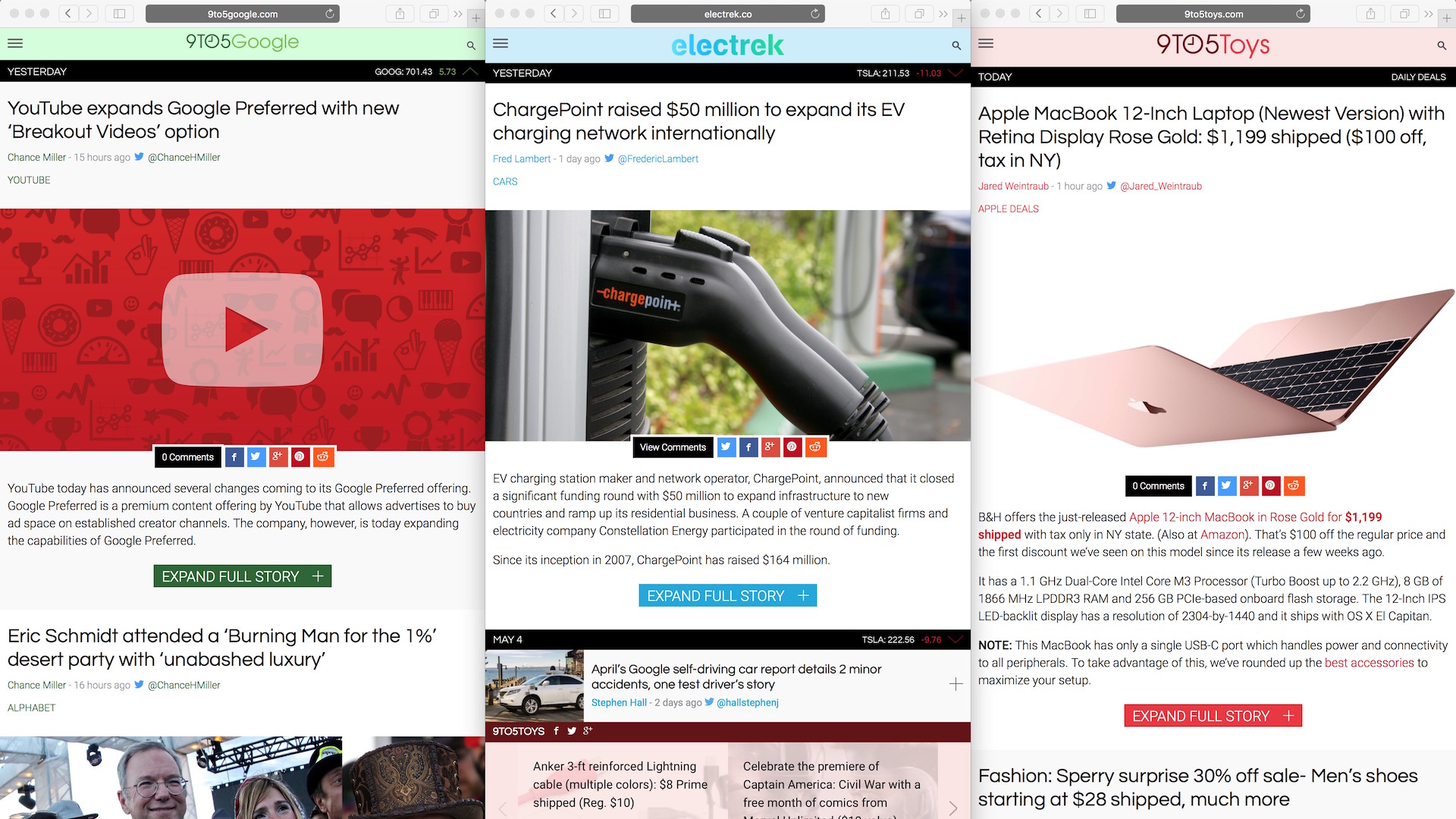 Window snapping allows you to position windows in specific areas of the screen, usually by dragging the window to the edge of the screen, causing the window to “snap” into place. This feature was first popularized by Microsoft’s Aero Snap on Windows. Even though Apple doesn’t natively support it, window snapping is available on the Mac via a variety of third-party apps. END_OF_DOCUMENT_TOKEN_TO_BE_REPLACED 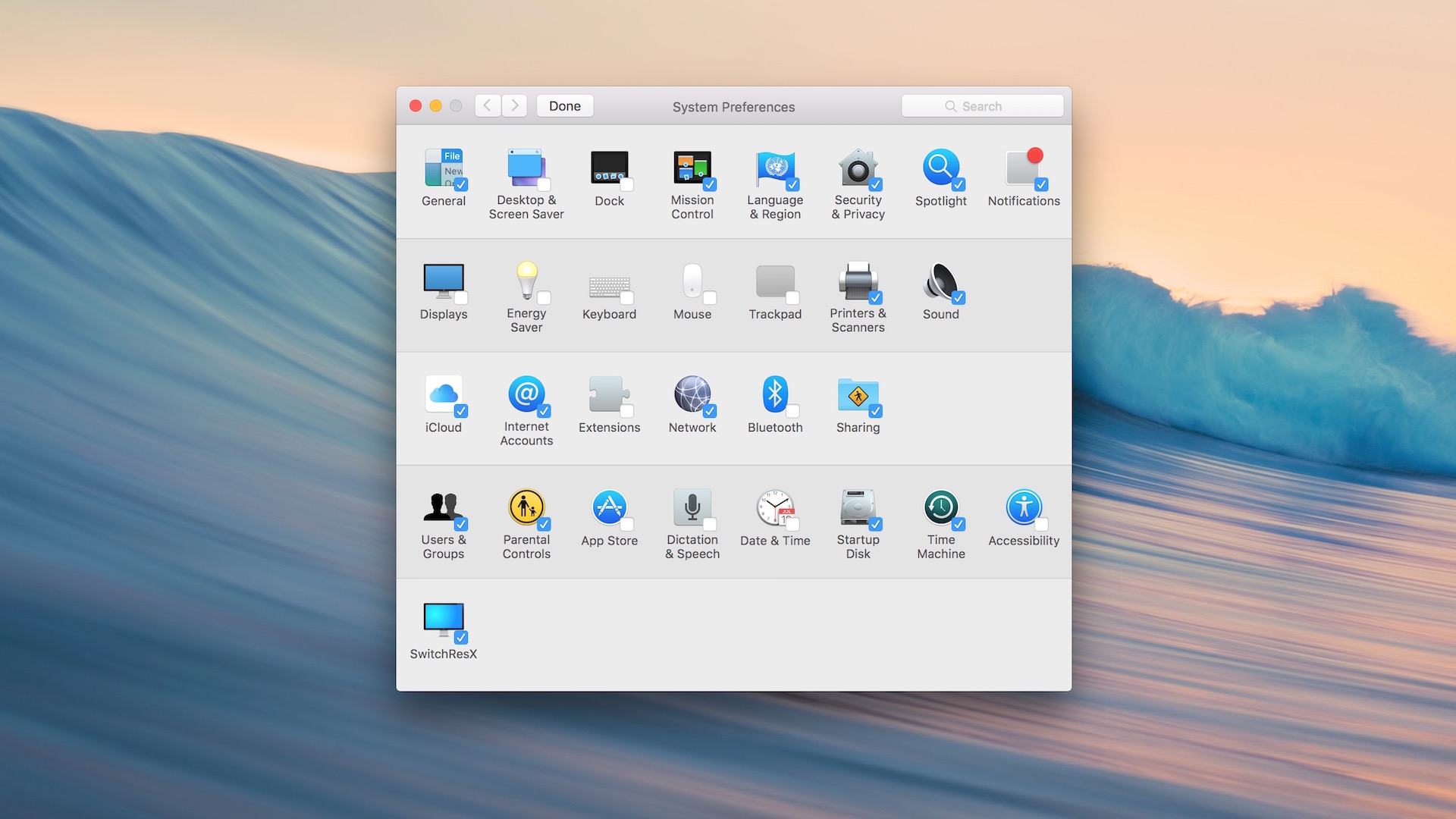 If you find that System Preferences in OS X contains too many options that you don’t regularly use, then you should considering hiding rarely used sections of the app. By using the Customize option in System Preferences, it’s easy to both show and hide specific sections with ease. END_OF_DOCUMENT_TOKEN_TO_BE_REPLACED

How-To: Find your MacBook’s battery cycle count and learn what it means about its battery life 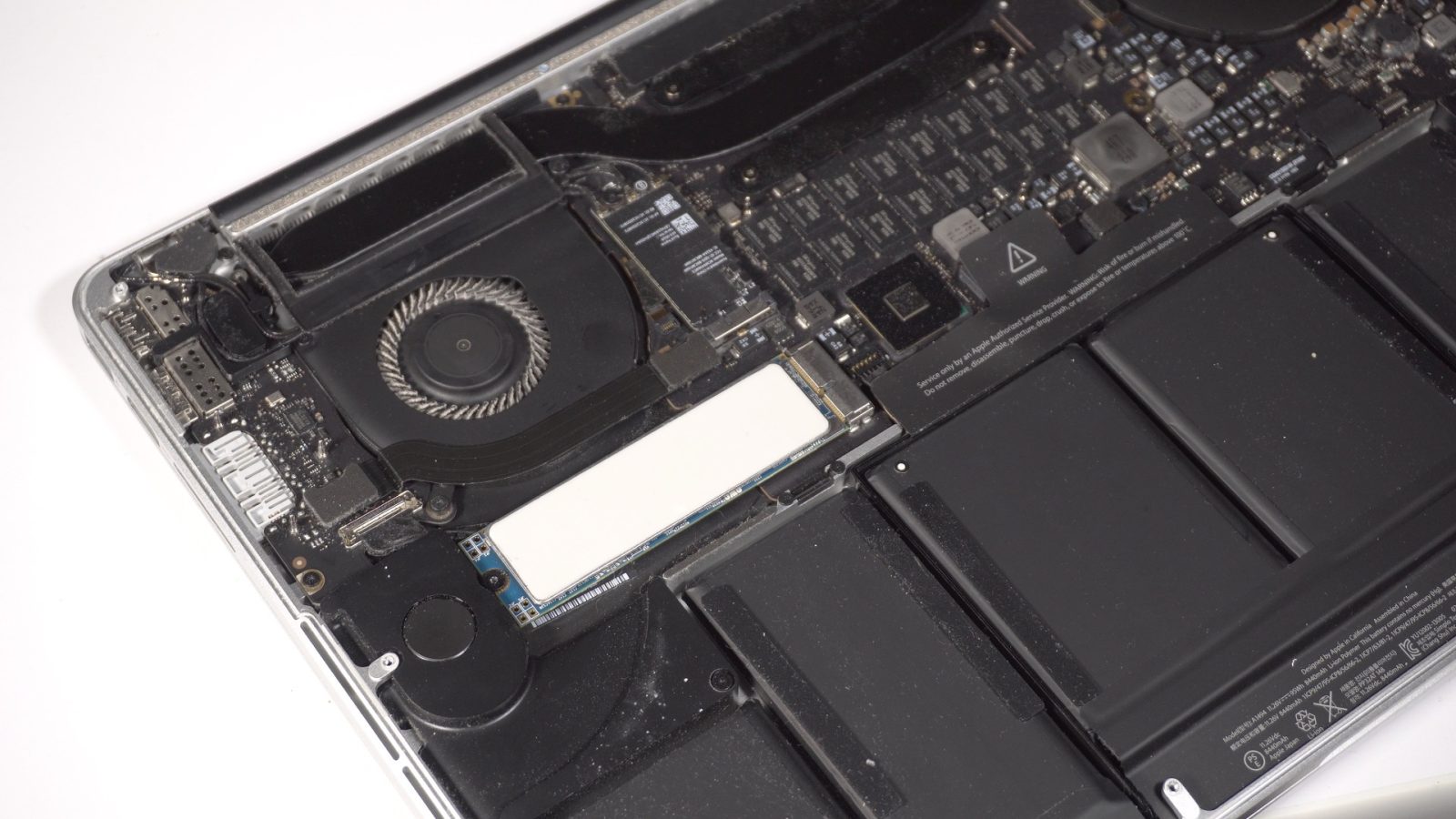 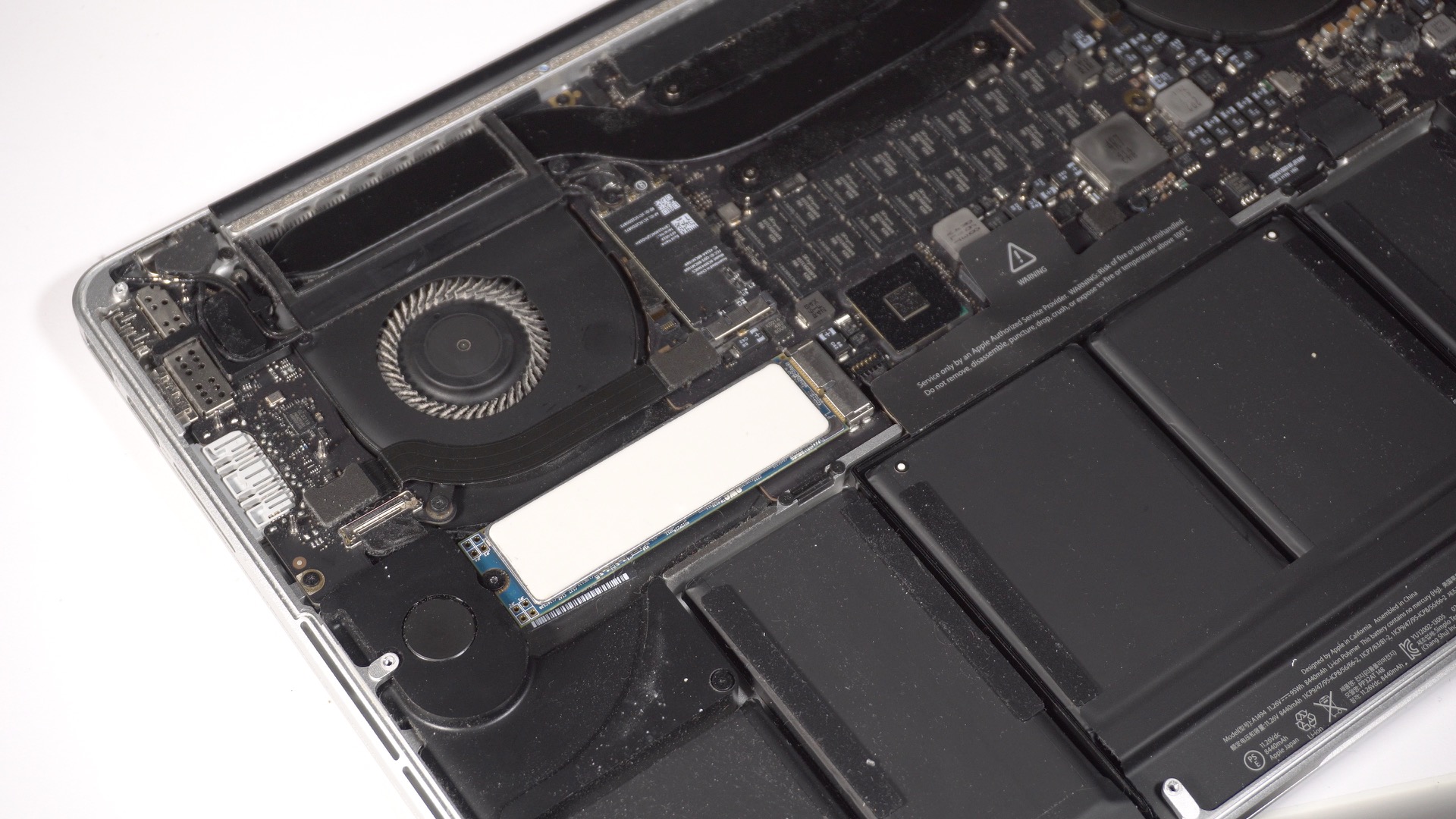 Recently I noticed that my Late 2013 MacBook Pro with Retina Display seemed to be dying at a faster clip. Naturally, I assumed that the battery might be going bad.

After checking the battery cycle count, I learned that I was probably wrong about the battery being bad, as the cycle count was still well within the normal life span of my MacBook. Here’s how I was able to verify that everything was okay with my MacBook’s battery.

END_OF_DOCUMENT_TOKEN_TO_BE_REPLACED 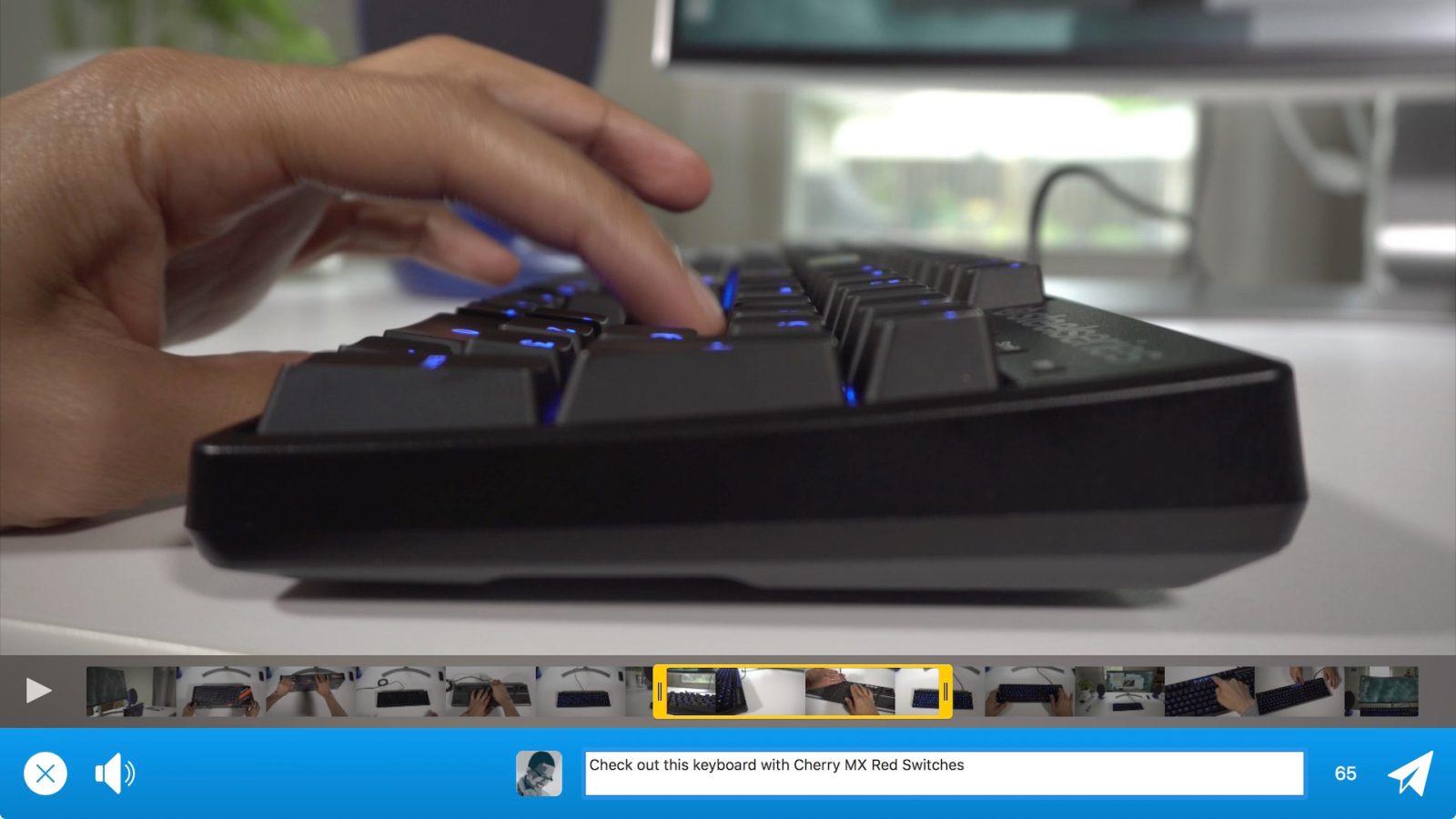 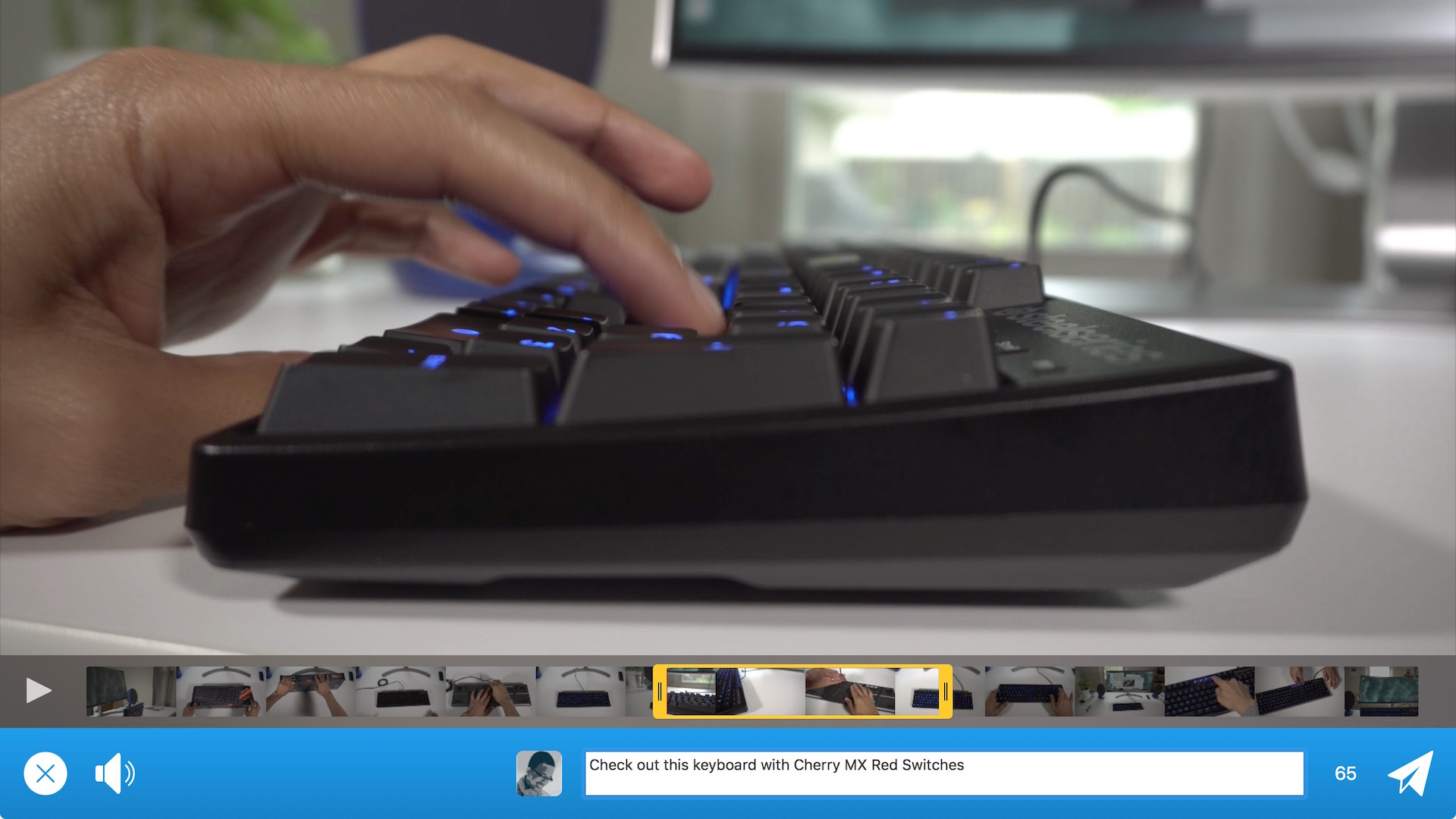 VideoTweet is a new utility from the folks over at Arctic Whiteness that brings Twitter sharing to Final Cut Pro X. Appearing as a destination within Final Cut Pro X’s export options, it’s a quick way to get video from a project to your Twitter followers. END_OF_DOCUMENT_TOKEN_TO_BE_REPLACED 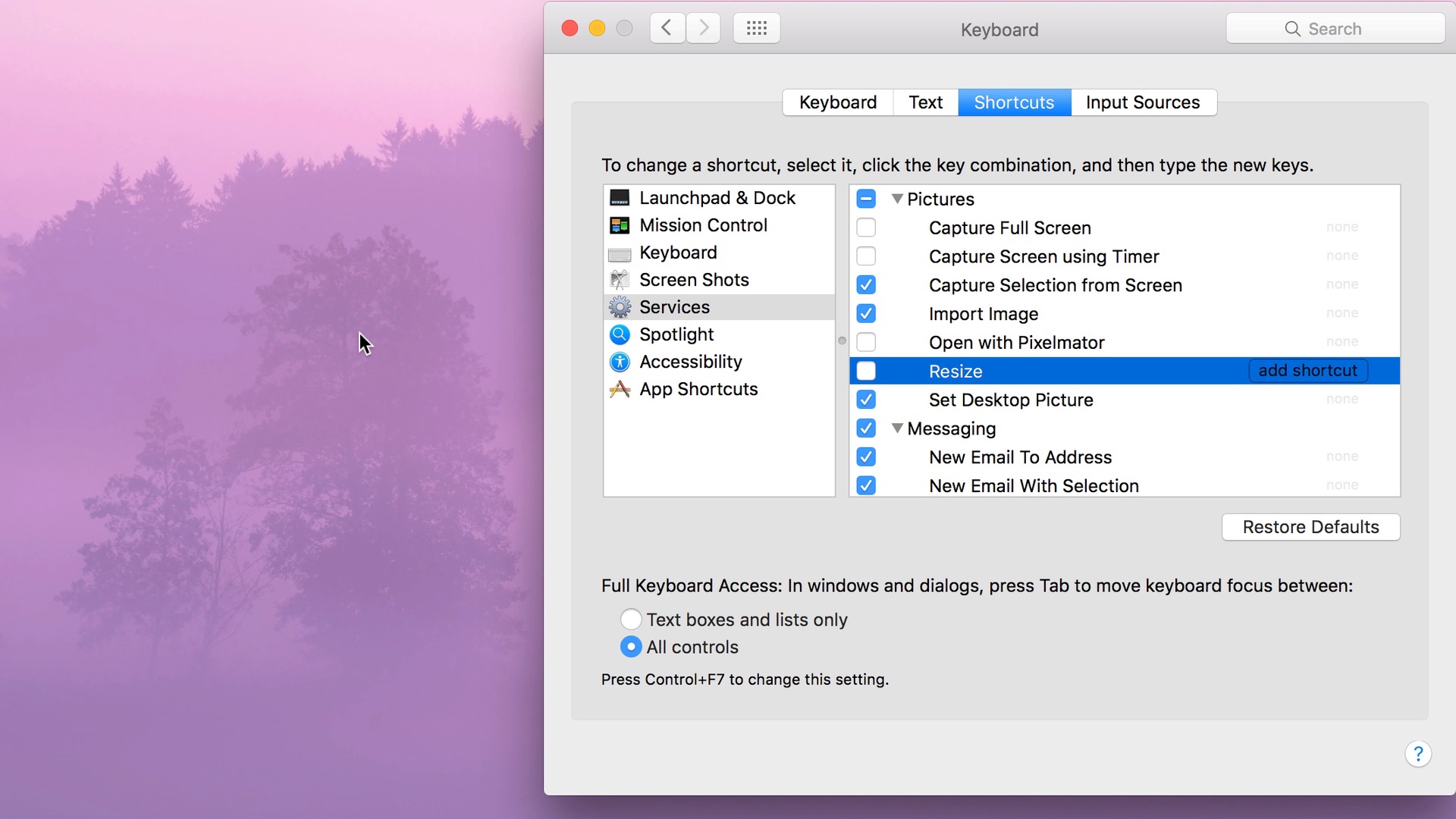 Yesterday, we showed you how to create a custom service using Automator for easily resizing images via the Finder. Today, we’ll show you how to find the location of the custom services that you create in order to remove them. We’ll also show you how to enable or disable Services using System Preferences. END_OF_DOCUMENT_TOKEN_TO_BE_REPLACED