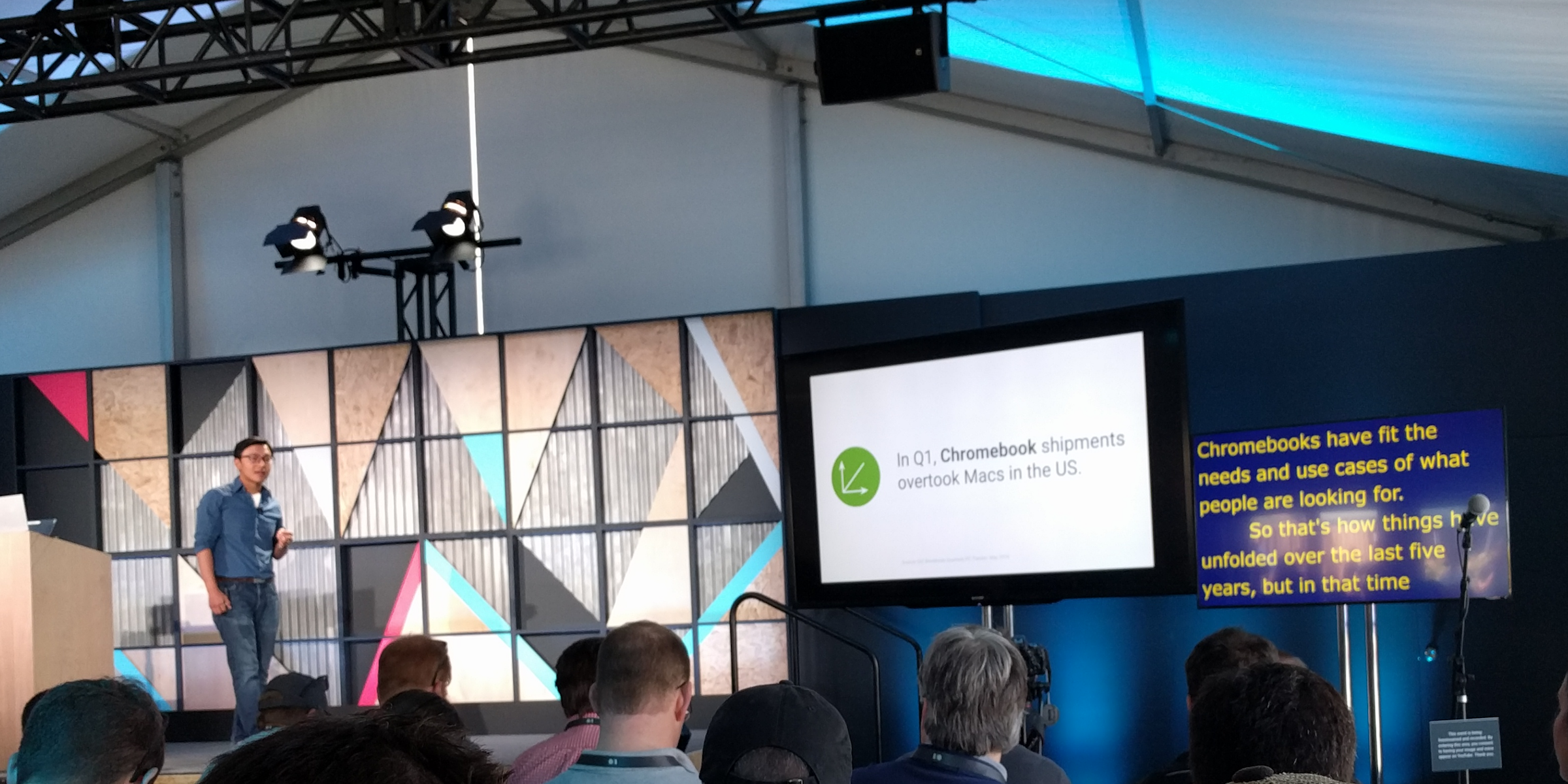 IDC in April estimated Apple sold around 1.8 million Macs, giving it around 13% market share and accounting for a 5.6% increase year over year. That put Apple in the fourth position for PC sales in the US (and worldwide) behind Lenovo, HP, and Dell, but at the time IDC didn’t break out sales of Chrome OS devices versus other PC sales.

Since it’s now saying Chrome OS passed Mac OS X during the quarter, we know Chromebook manufacturers combined sold at least more than the 1.8 million it estimates Apple sold. Both of those numbers are of course estimates only as not all of the companies offer specifics on sales of Chrome OS devices versus PC sales for devices running Windows and other operating systems.

In a comment on the milestone for Chrome OS devices (via The Verge), IDC analyst Linn Huang noted “Chromebooks are still largely a US K-12 story,” indicating that Google hasn’t had as much success in other markets. So while Apple is still fourth for worldwide PC sales by IDC’s estimates, the situation for Chromebook might be different outside of the US education market when comparing to Apple’s sales worldwide. IDC’s numbers for PC sales don’t include tablets or devices with detachable keyboards, but they do include “Desktops, Portables, Ultraslim Notebooks, Chromebooks, and Workstations.”

Apple CEO Tim Cook had some harsh words about Chromebooks in relation to the education market back in December when the company launched a new program to teach students how to code at its retail stores.