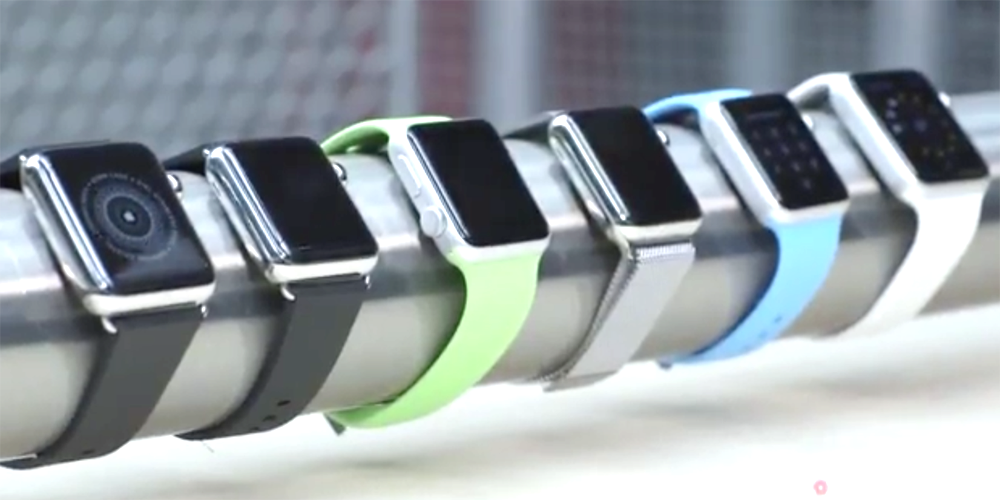 We got an early indication that Consumer Reports were impressed with the Apple Watch when they were unable to scratch the sapphire screen of the stainless steel model. The well-respected non-profit has now revealed that the full set of lab tests are complete, and the Apple Watch ranked top out of the 11 smartwatches tested.

Consumer reports tested the watches for durability, water-resistance, health functionality, readability in bright and low light, ease of use, and ease of interaction – though there was one slightly worrying moment for the Apple Watch Sport …

To test water-resistance, Consumer Reports uses a depth-test chamber that can be pressurized to simulate any depth up to 230 feet. The extreme capabilities weren’t needed here, as the IPX7 standard of the Apple Watch means it’s rated to withstand submersion in 3.3 feet of water for 30 minutes.

We submerge the watches, then check them for proper functionality immediately upon removal from the chamber, then again 24 hours later. The stainless-steel Apple Watch passed the test on the first try. The first aluminum Apple Watch Sport we put through our immersion test seemed fine when we took it out of the tank, but we experienced problems with it 24 hours later. We then tried two more samples, which showed no problems, so the Apple Watch Sport passed our water-resistance test.

It seems, then, that the first Sport model tested was defective.

Certainly Apple has no qualms in recommending running the watch under a tap while operating the digital crown in order to clean it. As I volunteered my watch for the photo there, I can confirm it survived the experience perfectly happily.

Check out the Consumer Reports video below.