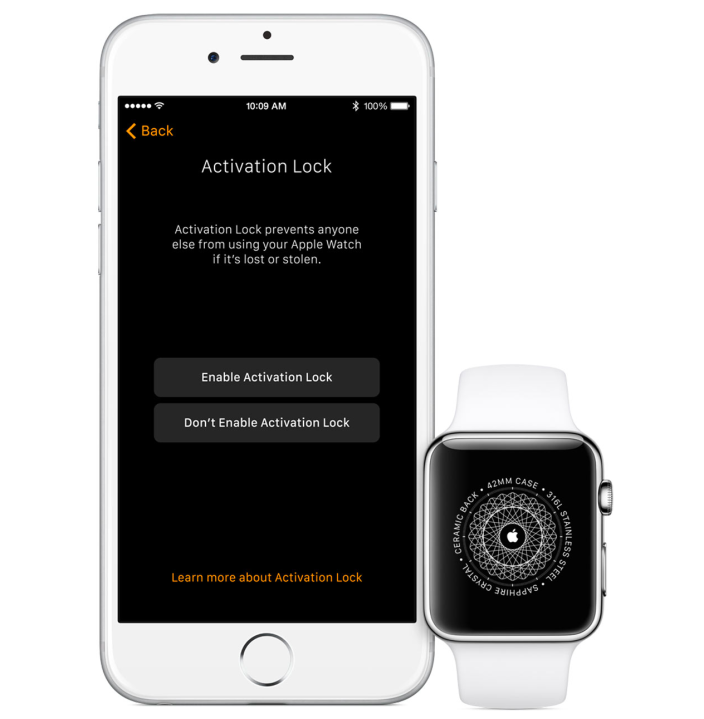 With the reveal of watchOS 2, the upcoming update for the Apple Watch operating system arriving for users this fall, Apple is also introducing its Activation Lock theft deterrent feature for the device.

Apple didn’t talk about the feature on stage during its demo of watchOS 2 during its keynote presentation on the opening day of WWDC, but it did confirm the feature on the webpage for the update’s preview available to developers starting today.

Protect your watch with Activation Lock.

watchOS 2 includes Activation Lock, a new security feature. Activating your watch requires your iCloud Apple ID and password, so in the event that your Apple Watch is lost or stolen, your information remains safe.

Apple first introduced the Activation Lock feature for iOS 7 devices back in June 2013 in the midst of complaints from government officials and others regarding smartphone manufacturers not doing enough to prevent theft of devices. Apple has come under similar scrutiny regarding security features and potential theft of Apple Watch. But with Activation Lock, if a user’s device is stolen, wiping the device clean will essentially leave the thief with a device that is inoperable without the user’s Apple ID and password.

A report earlier this year claimed that the feature helped reduce iPhone theft by as much as 25% in New York, 40% in San Francisco, and 50% in London. With the update to watchOS 2 this fall, all users will have the protection of Activation Lock for iOS extended to their Apple Watch.

The watchOS 2 update for Apple Watch will also bring a slew of other new features including third-party Apple Watch apps, new Timepieces, video playback, and much more.