Review: blueLounge’s Posto is the handsome headphone stand you can still afford after buying Beats 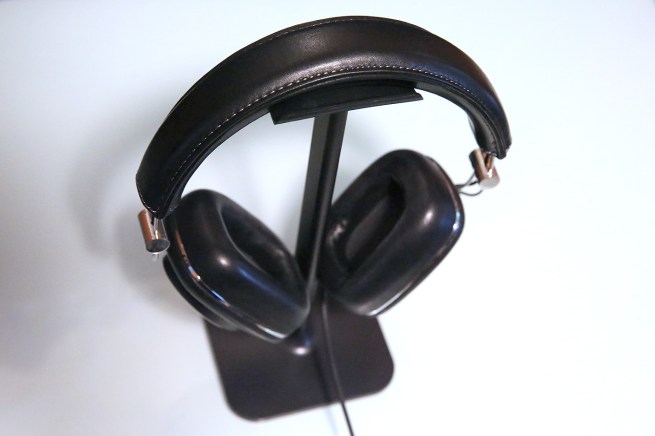 When the iPod was surging, full-sized headphones were flailing. For decades, big “cans” were the only proper way to quietly listen to the massive audio players stored in home A/V cabinets. But by 2006, portable audio devices were king, and their pocketable little white earbuds were everywhere. Then Beats by Dre came along and convinced people that big headphones were worth buying again, even for portable media players. Beats’ signature Studio headphones aren’t as easy to carry around as little earbuds, but as their growing popularity demonstrates, people haven’t seemed to mind.

blueLounge’s new Posto ($20) is the latest in a series of “big headphone” stands made by Apple accessory companies. I’ve previously tested heavy, all-metal options such as Just Mobile’s HeadStand, which hover around the $50 price point and — to their credit — try to do one or two nice little things to justify that sort of price point. There are also cheap headphone stands that tend to look… cheap. Posto is clearly the result of a different theory of design. The black version is made from several different materials that somehow look nearly indistinguishable from one another, reducing the cost, weight, and assembly challenges found in other headphone stands. (A white and silver version uses different-looking parts.) Consequently, Posto works much the same as HeadStand, but costs less than half the price. If you’ve just dropped $250 or more on a pair of big headphones, Posto lets you manage them without breaking the bank… 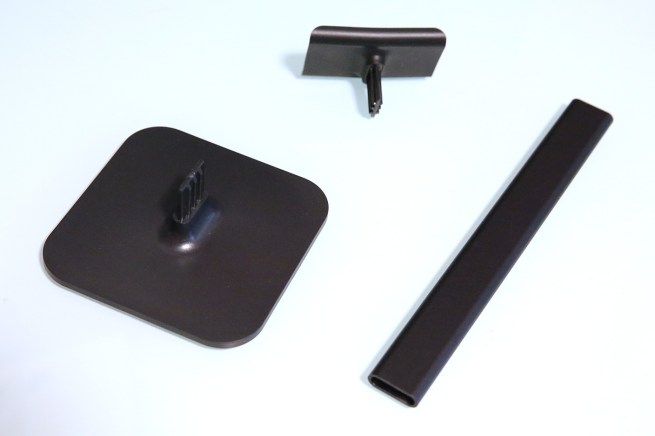 Posto arrives as three separate pieces: a thick plastic base, a metal central elevating bar, and a rubber headphone holder. Assembly — meant to be one-time only, not for repeated disassembly — requires nothing more than firmly plugging the base and holder’s plastic fingers into the metal bar. The pieces feel solid when joined together, and unless you look really closely at each of the black version’s pieces, you won’t see the difference between their semi-gloss finishes. This means that you get the benefit of a soft support for your headphones’ headband without the look of something rubbery, a very solid bar in the center, and a base that looks metallic but isn’t as expensive or heavy. The white and silver version doesn’t look unified, but is pretty nice anyway.

Instead of using dense materials to keep Posto in place, four microsuction pads on the bottom very firmly hold the base wherever you place it, a triumph of efficiency. All you give up functionally with Posto relative to HeadStand is an in-base cord manager. If you care about that, you can wrap your cord around the central post, which isn’t as elegant as with HeadStand, but will work just fine for many people. 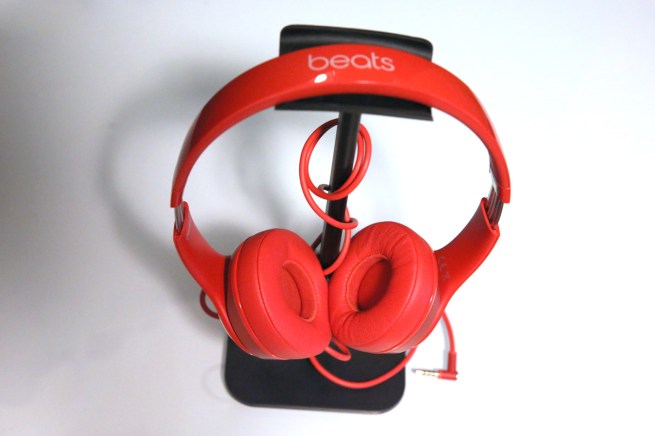 Apart from that single restriction, Posto’s compromises don’t diminish the end-user experience. When I’ve tried “nice” headphone stands in the past, the basic gripe has been that they don’t feel like good uses of $50 or more, but significantly reducing that price has meant giving something up. For only $20, Posto looks good enough to hold a pair of $400 Bowers & Wilkins P7s, and doesn’t give up anything you’re likely to actually miss. If you need or just want a headphone stand, this is a value-laden option worth considering.