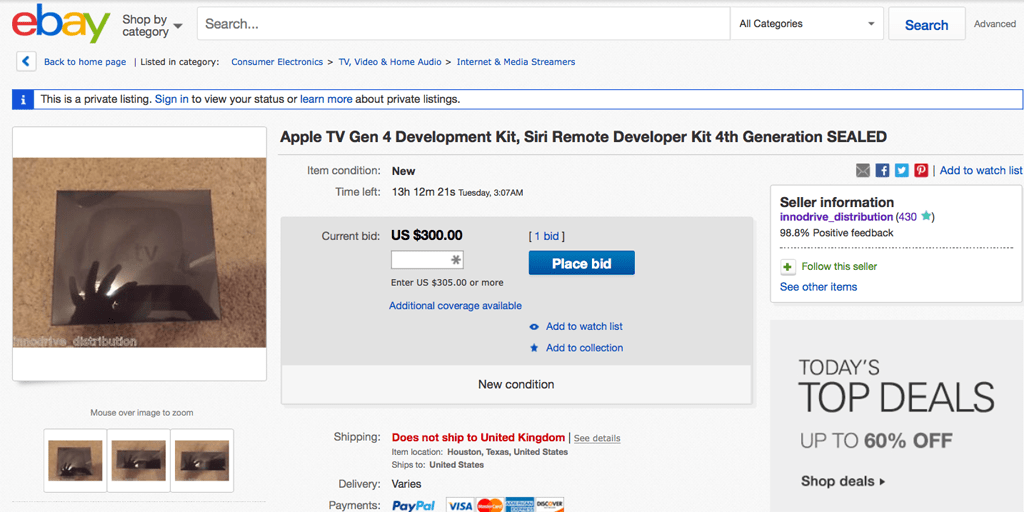 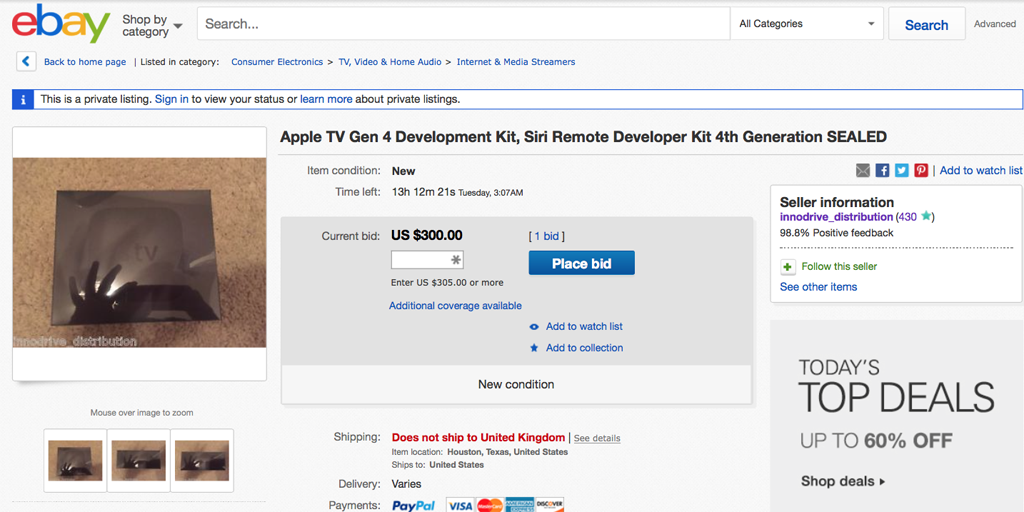 A developer who won two Apple TV 4 development kits on both developer accounts is ebaying one of them, claiming in the ad that a loophole allows them to do so despite Apple’s no-resale clause. The auction has a starting bid of $300, well above the $149/199 retail price when it goes on official sale next month.

It is against the policies of Apple to resell this unit “while it is running Apple pre-release software” according to the terms of service but good news! This unit ships without any OS installed on it. You can just download the firmware update from the developer portal and restore it with iTunes when you get it.

Apple made the kits available to developers by lottery, with winners notified a week ago. Developers paid a token of $1, and are of course meant to use the boxes to create Apple TV apps..

The seller, based in Houston, Texas, says that if the buyer doesn’t have a developer account, they can be directed to a download source after the auction. As with almost all of his or her recent eBay sales, the auction is listed as Private, meaning that neither the buyer nor details of what was sold can be seen once the auction ends.

You can find full details of what Apple announced about the new Apple TV, which came as no surprise after our earlier exclusive reporting.